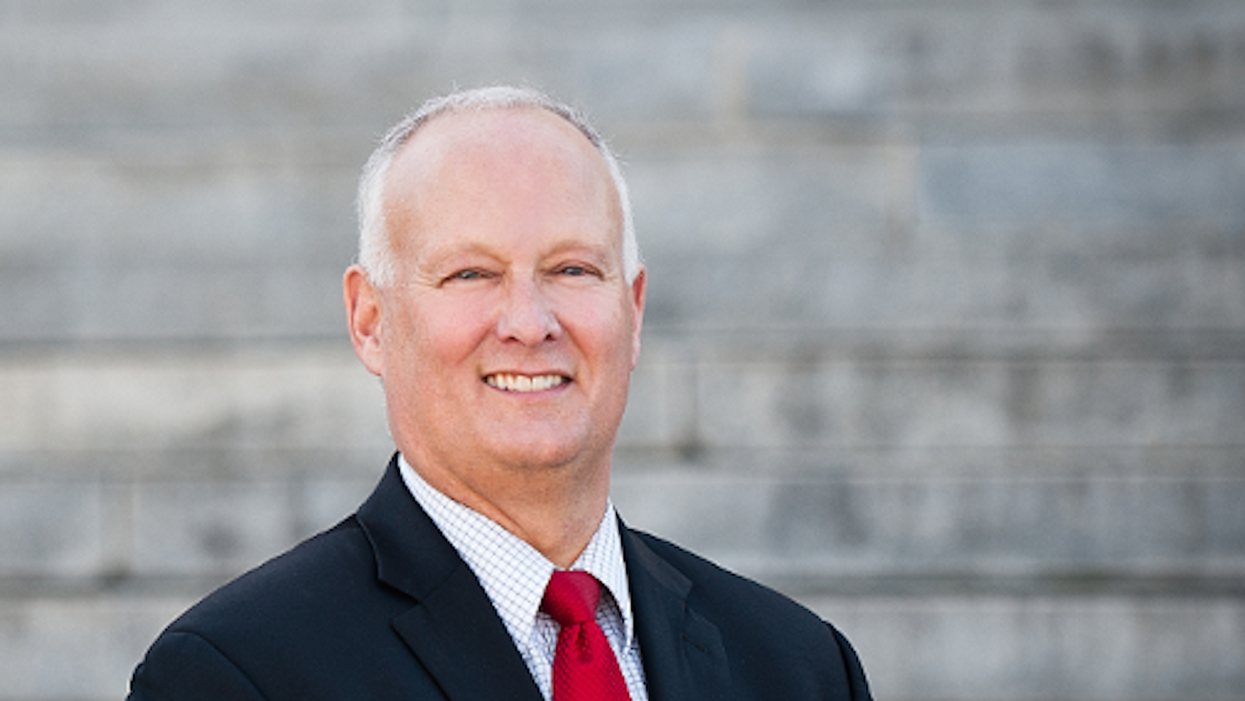 Texas Attorney General Ken Paxton received a stern rejection when the U.S. Supreme Court refused to consider a lawsuit asking to throw out millions of votes in four key swing states that President-elect Joe Biden won. But even though Paxton's lawsuit was ultimately rejected by the most right-wing Supreme Court in generations, many Republican state attorneys general shamelessly signed onto it — including Nebraska's Doug Peterson. And in a scathing editorial published this week, the Omaha World-Herald's editorial board slams the Nebraska officials who joined Paxton the failed effort.

"What Texas, Nebraska, 16 other Republican-led states and 126 Trump enablers in the U.S. House, including Nebraska Reps. Jeff Fortenberry and Adrian Smith, did was, of course, baldly political," the World-Herald's editorial board writes. "But much more importantly, it was dangerous and undemocratic."

The World-Herald editorial board continues, "The thin legal argument of the Texas case alleged that Michigan, Pennsylvania, Wisconsin and Georgia expanded voting in ways that their legislatures had not approved, noting that the U.S. Constitution grants state legislatures authority over elections. It argued Texas voters were harmed because they must live under President Joe Biden, elected in this allegedly unconstitutional way. The remedy it proposed for issues that are rightly settled in state courts was to void certified election results from those states and have their Republican-controlled legislatures appoint electors."

As Republicans who supported the Texas lawsuit go forward in their political careers, voters must remember what the… https://t.co/fiVmLWIEcQ
— Omaha World-Herald (@Omaha World-Herald)1608038287.0

The editorial goes on to lambast Fortenberry, Smith, Peterson, Nebraska Gov. Pete Ricketts and Nebraska Secretary of State Bob Evnen — all Republicans — for promoting "contrived, fallacious" and "wild-eyed conspiracy theories that say a vast, multistate conspiracy somehow handed Biden the presidency." If Paxton's lawsuit had been successful, the World-Herald notes, its effect "would have been to disenfranchise 20 million Americans who voted in those states and undercut the very core of our system of government."

"Let's be absolutely clear: Nebraska Attorney General Doug Peterson, backed by Ricketts and Secretary of State Bob Evnen, signed onto that," the World-Herald editorial board says. "Without merit or any necessity whatsoever, they signed all Nebraskans onto that. Fortunately, the U.S. Supreme Court quickly slapped this down."

However, the editorial does praise one Nebraska Republican: Sen. Ben Sasse, who said, "Since Election Night, a lot of people have been confusing voters by spinning Kenyan Birther-type, '(Hugo) Chavez rigged the election from the grave' conspiracy theories. But every American who cares about the rule of law should take comfort that the Supreme Court — including all three of President Trump's picks — closed the book on the nonsense."

The World-Herald editorial board wraps up the editorial by stressing that it was inexcusable for so many Republicans to join Paxton's lawsuit.

"Joe Biden won the election," the editorial says. "While the vote was close in a few states, the overall result was not. He won 306 electoral votes, the same total as Trump in 2016, and won the popular vote by 7 million, 81,282,376, or 51.3%, to Trump's 74,222,576, or 46.9% of total votes cast. As Republicans who supported the Texas lawsuit go forward in their political careers, voters must remember what they did in December 2020 in hopes of denying 20 million Americans their most fundamental right, and what they did to erode confidence in the very elections in which their ambitions drive them to compete. It was shameful."