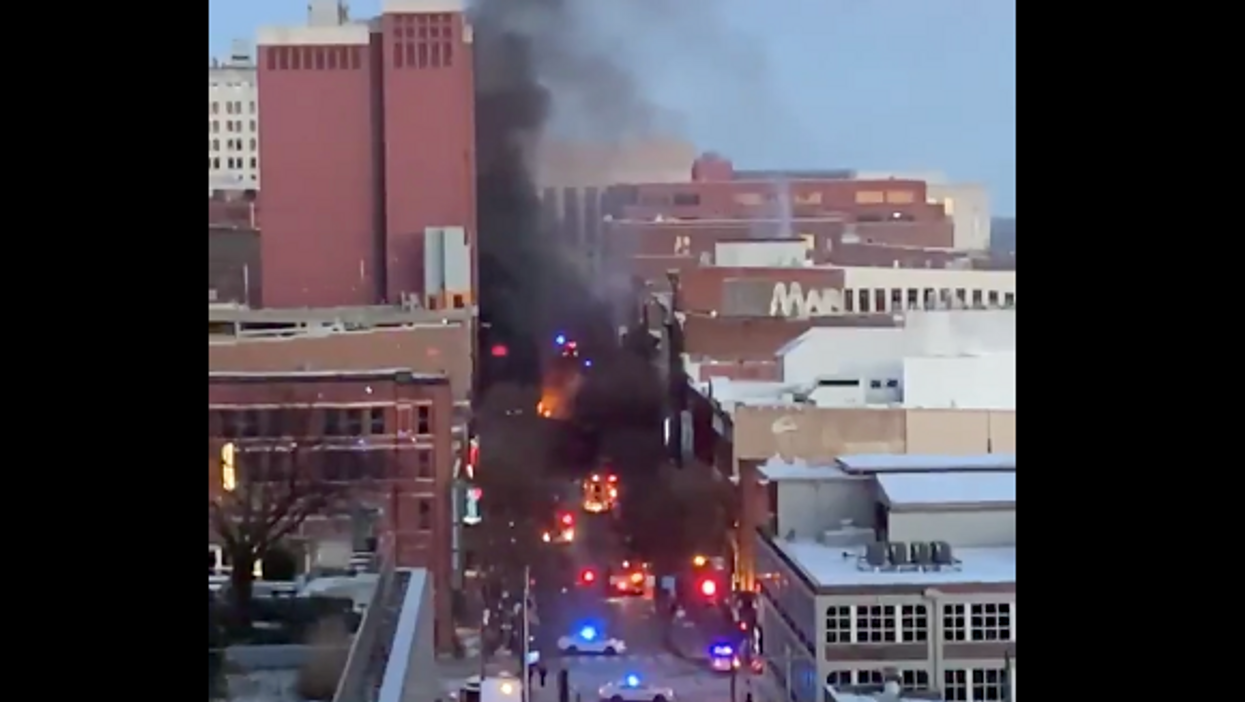 Early Christmas morning, Downtown Nashville was rocked by a major explosion that resulted in three people being taken to a hospital with non-critical injuries. And according to the Daily Beast's senior national security correspondent Spencer Ackerman, Nashville Police believe the explosion to be "an intentional act."

After the explosion, Ackerman reports, Nashville residents saw "black smoke shooting up from a burning car" and "knocked down trees." According to Ackerman, the explosion "blew out windows from multiple storefronts nearby the Cumberland River."

"Video making its way across social media showed a terrifying blast that left businesses aflame and prompted wails from people in the area calling for help," Ackerman explains. "Law enforcement responded to a suspicious vehicle parked on 2nd Avenue and Commerce Street, near the AT&T Building, shortly after 6 a.m."

Ackerman notes that although no information about a motive is available, the FBI is conducting what Don Aaron, a spokesperson for the Nashville Police, describes as a "large-scale" investigation." And the Beast reporter quotes FBI spokesperson Manali Basu as saying, "FBI Memphis, in coordination with our state and local partners, is taking the lead in the investigation of the explosion in Nashville, TN."

Buck McCoy, a Nashville resident, described the explosion to the Associated Press, saying, "It felt like a bomb. It was that big." And Josh Breslow, an anchor for Nashville's WKRN News 2 (an ABC affiliate) tweeted that "the entire @WKRN studio just shook."