The 'moderate' rot at the top of the Democratic Party 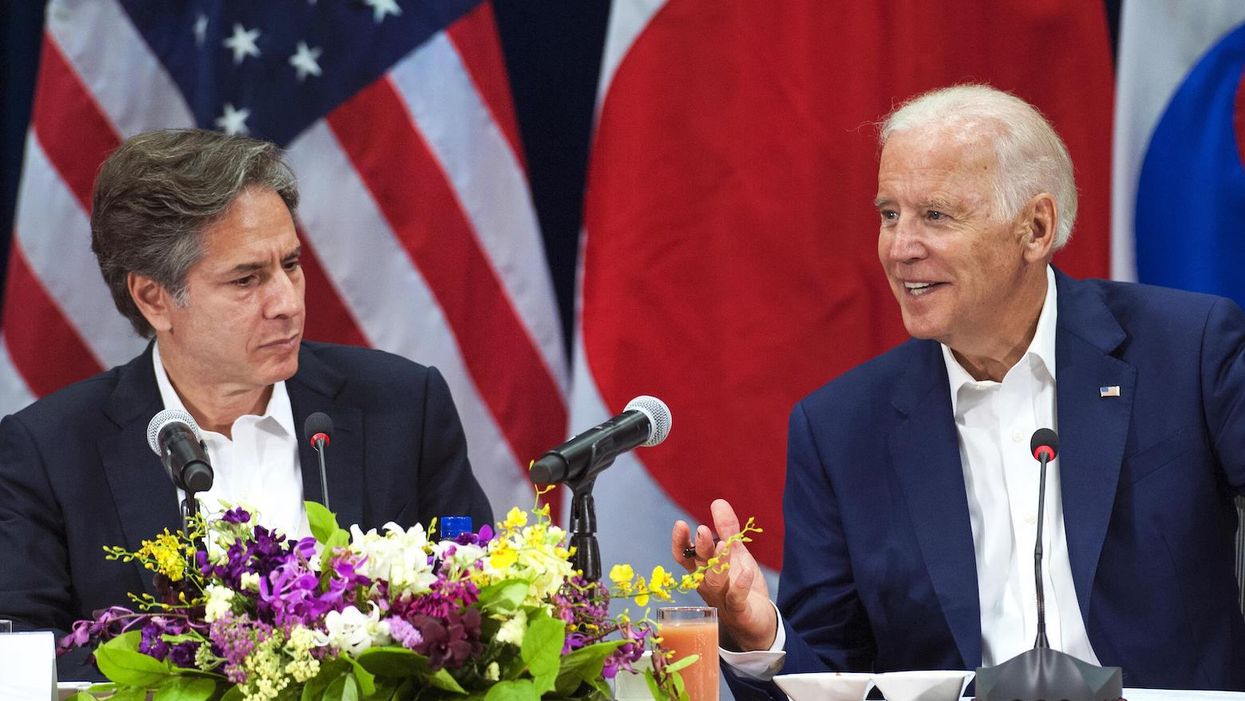 Sometimes a couple of nominations convey an incoming president's basic mindset and worldview. That's how it seems with Joe Biden's choices to run the Office of Management and Budget and the State Department.

For OMB director, Biden selected corporate centrist Neera Tanden, whose Center for American Progress thrives on the largesse of wealthy donors representing powerful corporate interests. Tanden has been a notably scornful foe of the Democratic Party's progressive wing; former Sanders speechwriter David Sirota calls her "the single biggest, most aggressive Bernie Sanders critic in the United States." Who better to oversee the budget of the U.S. government?

For Secretary of State, Biden chose his longtime top foreign-policy adviser, whose frequent support for U.S. warfare included pushing for the disastrous 2011 military intervention in Libya. Antony Blinken is a revolving-door pro who has combined his record of war boosterism with entrepreneurial zeal to personally profit from influence-peddling for weapons sales to the Pentagon. Who better to oversee diplomacy for the U.S. government?

"With few exceptions, Biden's current policy positions are destructively corporate, deferential to obscene concentrations of wealth, woefully inadequate for meeting human needs, and zealously militaristic."Standard news coverage tells us that Tanden and Blinken are "moderates." But what's so moderate about being on the take from rich beneficiaries of corporate America while opposing proposals that would curb their profits in order to reduce income inequality and advance social justice? What's so moderate about serving the military-industrial complex while advocating for massive "defense" spending and what amounts to endless war?

Unless they fail to get Senate confirmation, Tanden and Blinken will shape future history in major ways.

As OMB director, Tanden would head what the Washington Post describes as "the nerve center of the federal government, executing the annual spending plan, setting fiscal and personnel policy for agencies, and overseeing the regulatory process across the executive branch."

Blinken is ready to be the administration's most influential figure on foreign policy, bolstered by his longstanding close ties with Biden. As staff director for the Senate Foreign Relations Committee when Biden chaired the panel's mid-2002 crucial sham hearings on scenarios for invading Iraq, Blinken helped grease the skids for the catastrophic invasion.

Overall, purported "moderates" Tanden and Blinken have benefited from favorable mass-media coverage since their nominations were announced several weeks ago. Most of the well-documented critical accounts have appeared in progressive outlets such as Common Dreams, Democracy Now, The Daily Poster, In These Times and The American Prospect. But some unappealing aspects of their records have been reported by the mainstream press.

"In her nine years helming Washington's leading liberal think tank, Neera Tanden mingled with deep-pocketed donors who made their fortunes on Wall Street, in Silicon Valley and in other powerful sectors of corporate America," the Washington Post reported in early December. "At formal pitches and swanky fundraisers, Tanden personally cultivated the bevy of benefactors fueling the $45 million to $50 million annual budget of the Center for American Progress."

The Post added: "As OMB director, Tanden would have a hand in policies that touch every part of the economy after years spent courting corporate and foreign donors. These regulatory decisions will have profound implications for a range of U.S. companies, dictating how much they pay in taxes, the barriers they face and whether they benefit from new stimulus programs."

Blinken's eagerness to cash in on the warfare state -- when not a formal part of the government's war-making apparatus -- is well-documented and chilling. In a healthier political culture, Blinken's shameless insistence on profiteering from military weapons sales, as spelled out in a Nov. 28 New York Times news story, would have sunk his nomination for Secretary of State.

As for Tanden, in recent years her Center for American Progress received between $1.5 million and $3 million from the United Arab Emirates, which is allied with Saudi Arabia in waging a long and murderous war on Yemen. CAP refused to back a Senate resolution calling for the U.S. government to end its military support for that war. On a range of foreign-policy issues, Tanden has shown dedication to militarism again and again and again.

By many accounts, progressive organizing was a key factor in preventing the widely expected nomination of hawkish Michèle Flournoy to be Secretary of Defense. (RootsAction.org, where I'm national director, was part of that organizing effort.) Last week, the withdrawal of torture defender Mike Morell from consideration for CIA director was a victory for activism led by CodePink, Progressive Democrats of America, Witness Against Torture and other groups.

During the first weeks of 2021, such organizing could be effective in helping to derail other nominations. High on the deserving list are Agriculture Secretary nominee Tom "Mr. Monsanto" Vilsack, a loyal ally of corporate Big Ag, and Director of National Intelligence nominee Avril Haines -- whose record as former deputy director of the CIA included working to prevent accountability for agency personnel who engaged in torture, as well as crafting legal rationales for drone strikes that often killed civilians.

Such deplorable nominees don't tell the whole story of Biden's incoming team, which includes some decent economic and environmental appointees. "There's no question that progressive focus on personnel has led to far better outcomes than when Obama put a corporate- and bank-friendly Cabinet together with little resistance," The American Prospect's executive editor, David Dayen, correctly pointed out last week. At the same time, none of Biden's high-level nominees were supporters of the Bernie Sanders 2020 campaign or are fully in sync with the progressive wing of the party.

The brighter spots among Joe Biden's nominations reflect the political wattage that progressives have generated in recent years on a wide array of intertwined matters, from climate to healthcare to economic justice to structural racism. Yet, with few exceptions, Biden's current policy positions are destructively corporate, deferential to obscene concentrations of wealth, woefully inadequate for meeting human needs, and zealously militaristic. It's hardly incidental that the list of key White House staff is overwhelmingly dominated by corporate-aligned operatives and PR specialists.

Wishful thinking aside, on vital issue after vital issue, it's foreseeable that Biden -- and the people in line for the most powerful roles in his administration -- will not do the right thing unless movements can organize effectively enough to make them do it.