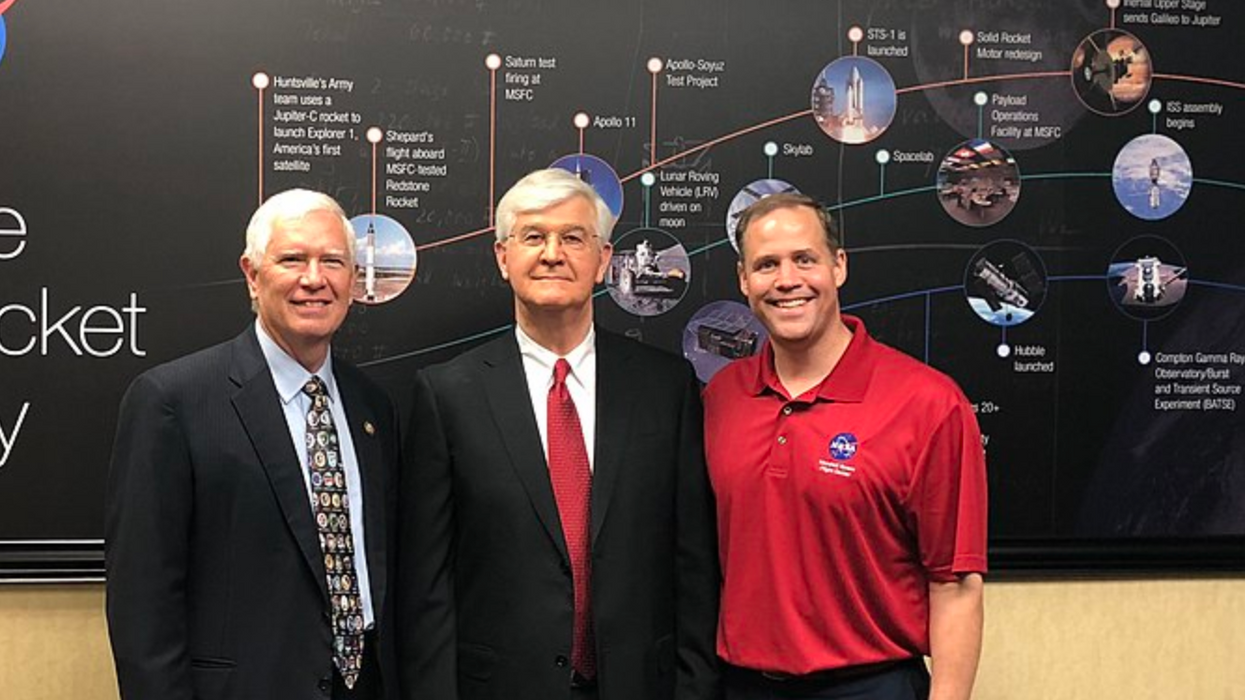 Although President-elect Joe Biden's victory in the 2020 presidential election has been certified in Pennsylvania, Georgia, Arizona, Wisconsin and other battleground states, some of President Donald Trump's supporters in the far-right House Freedom Caucus are joining him in refusing to accept the election results — and one of them is Rep. Mo Brooks of Alabama. Brooks, according to Politico reporter Melanie Zanona, "has been telling colleagues and allies that he plans to challenge the Electoral College votes when Congress officially certifies Joe Biden's victory on January 6."

Zanona reports, "Brooks confirmed his plans in a phone interview, adding that he is still considering objecting to the vote-counting process even if no one joins him — though he acknowledged that would be more of a symbolic protest. Brooks, echoing President Donald Trump's baseless claims of voter fraud without providing evidence, argued that the election was 'badly flawed' and that most mail-in voting is 'unconstitutional.'"

When a presidential candidate wins at least 270 electoral votes in the United States, there is a long certification process that comes before Inauguration Day on January 20. First, individual states certify their election results. Then, the Electoral College does its certification in December — and on January 6, more certification comes from Congress.

Of course, even if Brooks joins forces with a senator, congressional Republicans won't actually be able to overturn… https://t.co/b06y2iPYHM
— Melanie Zanona (@Melanie Zanona)1606919079.0

The 66-year-old Brooks, who was first elected to the U.S. House of Representatives in 2010 and was reelected on November 3, has never shied away from conspiracy theories. The Freedom Caucus member told Politico, "In my judgment, if only lawful votes by eligible American citizens were cast, Donald Trump won the Electoral College by a significant margin, and Congress' certification should reflect that. This election was stolen by the socialists engaging in extraordinary voter fraud and election theft measures."

Brooks also told Politico, "A lot of time is being wasted in court…. The Supreme Court does not have the lawful authority to determine whether to accept or reject a state's Electoral College submissions. Under the United States constitution and U.S. law, that is the job and duty of elected officials.... And so, it's the United States Congress that is the final judge and jury of whether to accept or reject Electoral College submissions by states — and to elect who the president and vice president of the United States might be."

Zanona notes that another House Freedom Caucus Republican who "supports Trump's bid to overturn the election" is Rep. Louie Gohmert — and Gohmert, according to Zanona, is very unhappy with GOP Conference Chair Liz Cheney for saying that Trump should respect "the sanctity of our electoral process" if he can't prove his claims of widespread voter fraud. But Rep. Cheney, the daughter of former Vice President Dick Cheney, hasn't backed down and has reiterated that the U.S. is governed by the rule of law.