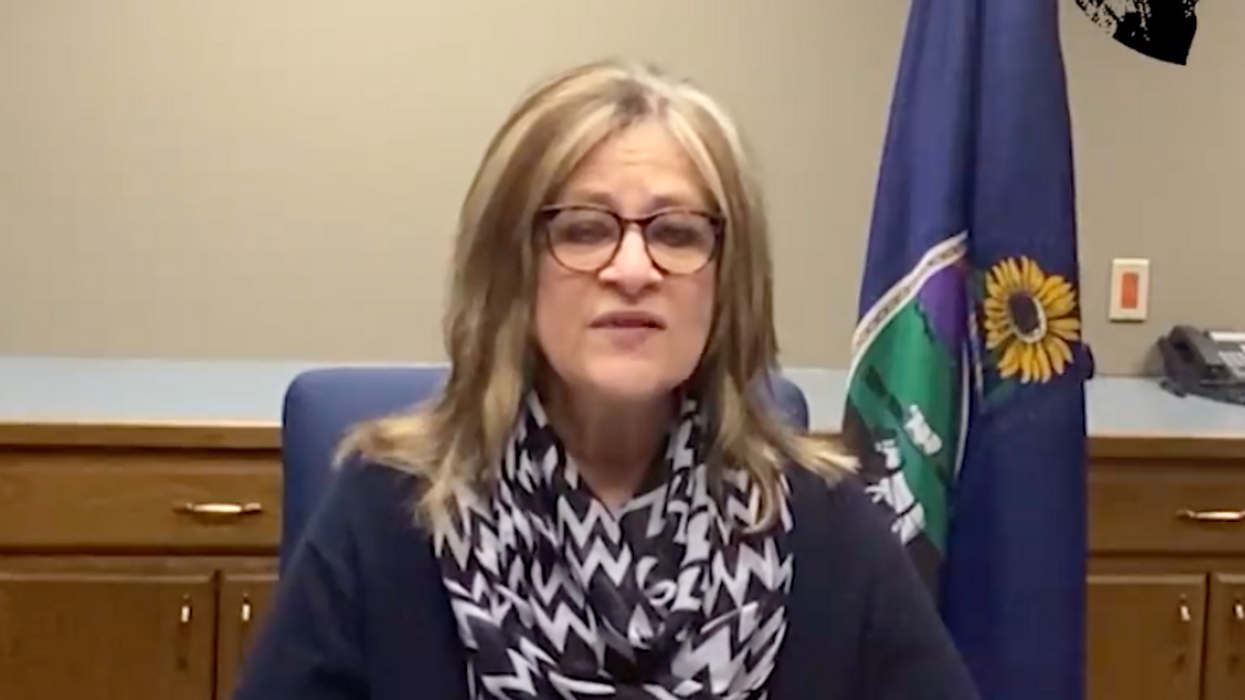 In Dodge City, Kansas, Mayor Joyce Warshaw — a conservative ex-Republican — was among the city officials who, in November, supported a rule making it mandatory to wear protective face masks indoors in public places. And Warshaw, after weeks of being inundated with death threats from far-right extremists, announced her resignation on Tuesday, December 15.

City commissioners in Dodge City, on November 16, voted 4-1 in favor of a mask mandate — and it didn't take long before coronavirus deniers began threatening Warshaw's life in e-mails and voicemails. Dodge City Police Chief Drew Francis has said that police are investigating the threats.

Announcing her decision to resign, the two-term mayor explained, "(It was a) very, very tough, difficult decision to make because I have no regrets about any of my actions or decisions I made as mayor, but I think it's best to move on. Particularly, my husband said, 'You're done, you're done.' Maybe the city can just move on."

Warshaw went on to say, "Life has dealt out many challenges in our world that have perhaps caused many people to act inappropriately, but I do not feel safe in this position anymore and am hopeful (that) in removing myself, this anger, accusations and abuse will not fall on anyone else and will calm down."

The death threats that caused Warshaw to resign as Dodge City mayor come during a time of extreme tension in the United States. Coronavirus deniers view COVID-19 restrictions, including mask mandates, as an assault on their civil liberties — and even conservatives like Warshaw are vulnerable to death threats if they support common-sense measures.

According to Johns Hopkins University in Baltimore, the number of COVID-19-related deaths has passed 303,800 in the U.S. and 1.6 million worldwide. But coronavirus deniers view COVID-19 restrictions as part of a plot to undermine Donald Trump's presidency.

Historic Dodge City is known for its years as a Wild West frontier town during the 19th Century, and that part of the city's history was famously depicted on popular television western "Gunsmoke."

The Washington Post quotes Warshaw as saying of the threats she received, "They were loud, and they were aggressive — and they frightened me and my family. There's a strong part of me that wants to say they are only words. But people are angry right now."

Warshaw was a registered Republican in the past, but according to Post reporter Ted Armus, she left the GOP because of "radical changes" in the party and presently has no party affiliation.

""There's a multitude of things coming down the pipe, causing people to be disgruntled with life," Armus quotes Warshaw as saying. "People just want to blame somebody, and I feel like it was easy to blame me."