Armed MAGA fanatics spread politics of violence around the country with shooting in Olympia, Washington 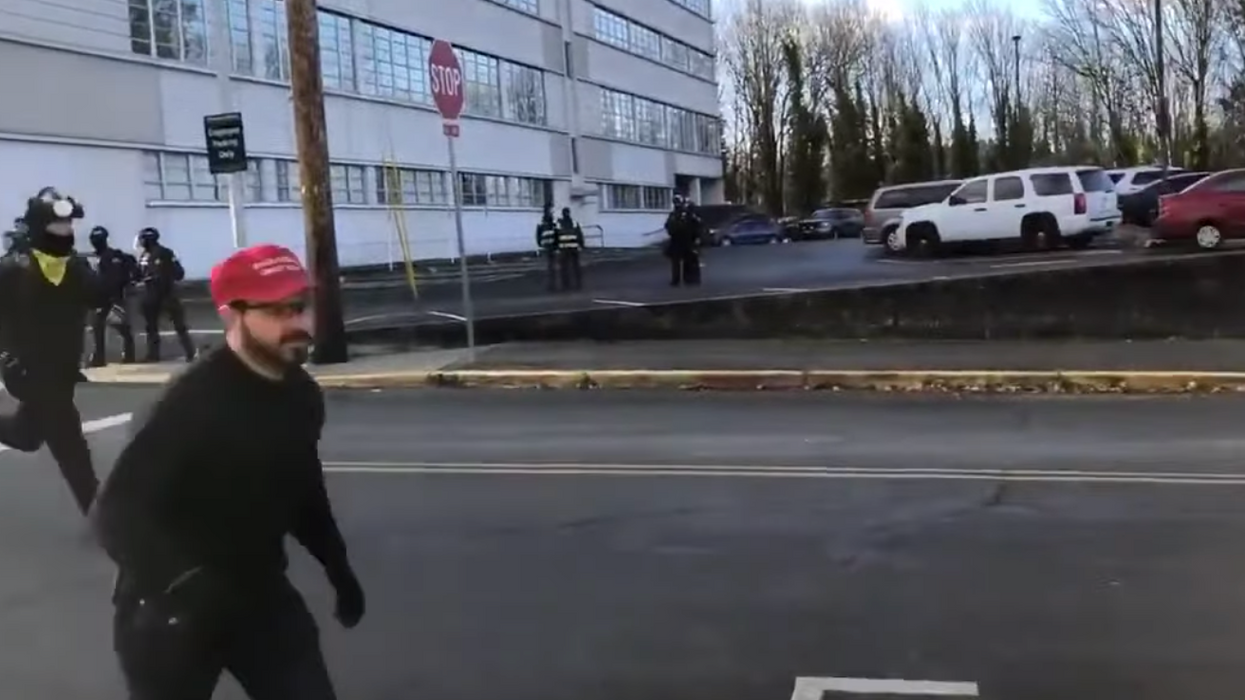 The pattern has become clear: Wherever pro-Donald Trump "Stop the Steal" rallies are organized, the thugs who come out in large numbers to participate wreak violence on anyone who comes out to protest them. This weekend, even as Proud Boys and other Trump supporters were bringing violence to the streets of Washington, D.C., a similar but much smaller group of MAGA fanatics was doing the same thing across the country in the Washington state capital.

And for the second week in a row in Olympia, a Trump supporter fired a gun at counterprotesters for a "Stop the Steal" event—this time, hitting and injuring a man who was wounded and hospitalized at the culmination of a running series of brawls. Police arrested the man, along with three other people at the event.

The shooter, identified as 26-year-old Trump supporter Forest Michael Machala of Seattle, was charged with first-degree assault, the state's equivalent of an attempted-murder charge. The victim, a Black man who has not been identified, was transported by street medics to a local hospital with a stomach wound.

One week before, a Proud Boy named Christopher Guenzler, 27, marching in a similar event, pointed a gun at counterprotesters and fired, but only inflicted a graze wound. He was also arrested and charged with first-degree assault.

Saturday's rally began at the state Capitol campus, where it was mostly peaceful. According to the Washington Post, several "Boogaloo" civil-war movement members dressed in Hawaiian shirts were among them. Many of them came armed with guns and knives.

But when the crowd there to protest Trump's defeat in the November election—estimated at 50 to 80 people—began to march into downtown Olympia, the much larger crowd of largely antifascist counterprotesters greeted them with jeers, insults, and hurled objects. Brawls broke out in short order.

Olympia and state police forces numbering around 100 attempted to keep the sides separate, and began making arrests. One Proud Boy was arrested for brandishing a gun to threaten protesters. Two counterprotesters were arrested for allegedly assaulting police officers, one with a baton and the other with a piece of concrete.

The shooting occurred as the pro-Trump crowd attempted to make its way back to their cars and were pursued by counterprotesters. Videographer Robert Zerfing, a Patriot Prayer and Proud Boys supporter, told the Seattle Times that "pretty much all of the 'Patriot' crowd came up here into the parking lot, they were running into their cars, trying to get out." As they were pursued by antifascists, "that's when I heard the shot."

Afterward, state police reported they found an undetonated improvised explosive device near the location of the shooting. "Device had been lit and thrown, but failed to detonate," they reported. "Had the device detonated, it could have caused significant injury."