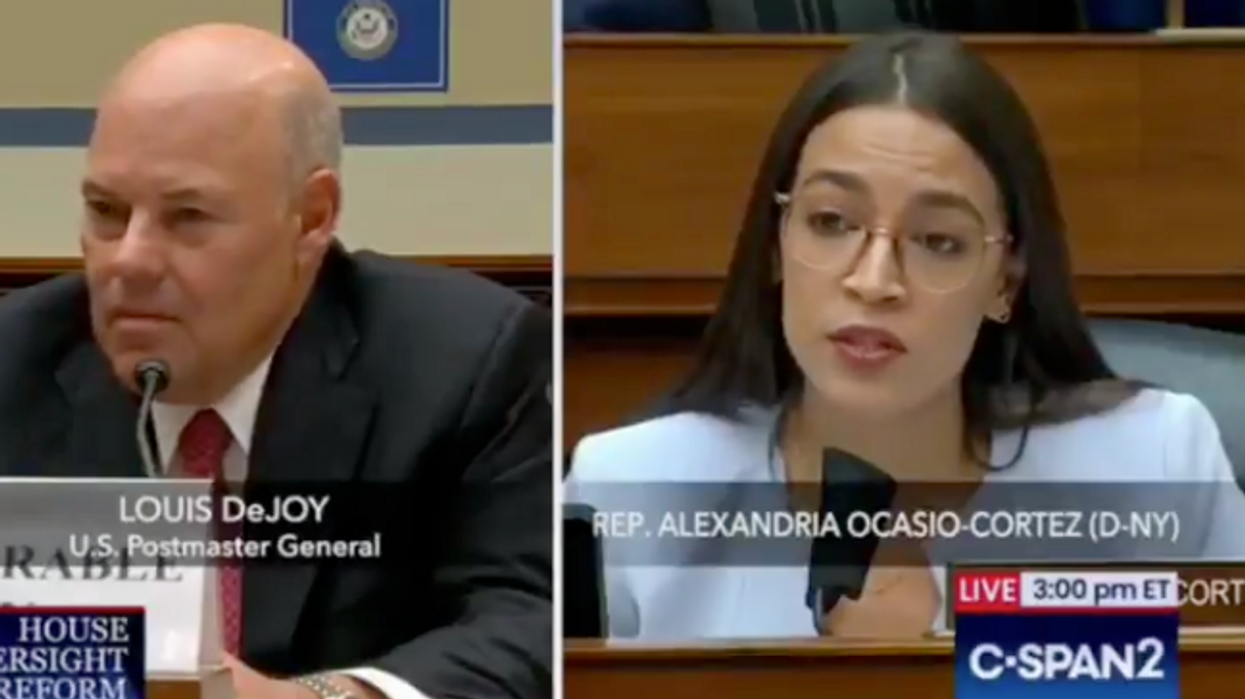 The Postal Service released DeJoy's calendar in response to a public records lawsuit filed in September by watchdog group American Oversight, which was not at all amused by what it finally received from the agency.

"Shrouding his calendar in secrecy likely violates the letter of the law, and certainly violates its spirit," Austin Evers, executive director of American Oversight, told HuffPost. "DeJoy works for the public, but you wouldn't know it from his calendar. Even in the Trump era, this is an extraordinary level of obfuscation."

In a series of tweets on Tuesday, American Oversight noted that the Postal Service "didn't specify which specific exemptions they are claiming applied to the individual redactions," as is generally required by law.

"DeJoy supervised the delivery of mail-in ballots and USPS is now delivering Covid-19 vaccines," the group noted. "The public is entitled to see how he's spending his time and who has been influencing his decisions, but USPS continues to obscure this information."

The only details left visible after the redactions are the dates and times of DeJoy's meetings between June 15—when the postmaster general formally took over the agency—and November 7 as well as a handful of words, such as "meeting" and "in office."

"Yeaaaah that's not gonna work," Ocasio-Cortez tweeted in response to the redacted calendar. When the New York Democrat requested during an August 24 hearing that DeJoy submit his calendar to lawmakers, the postmaster general said he would need to check with counsel before doing so.

In a subpoena issued in September, the House Oversight Committee demanded that the Postal Service provide DeJoy's "complete, unredacted calendar from June 15, 2020, to the present."

DeJoy, a GOP megadonor who was appointed to lead the Postal Service in May, is one of a number of government officials who will likely remain in power long after Trump leaves office in January, given that the president does not have the authority to remove the postmaster general.

As such, Democrats in Congress are facing pressure to exercise their oversight powers and pursue impeachment of DeJoy, whose brief tenure at the Postal Service has been enveloped in scandal.

"DeJoy is a 'civil officer' and is clearly impeachable under Article 2, Section 4," The Nation's John Nichols recently argued. "He stands accused of committing crimes and of lying to Congress. There is more than enough evidence that he has abused his position in order to benefit a political ally and benefactor, Donald Trump. In addition, there is daunting evidence that he has done harm to an agency that was outlined in Article 1, Section 8."

With the presidential election over, the DeJoy-led USPS has wasted no time resuming work on sweeping operational changes that dramatically slowed mail delivery nationwide before they were briefly put on pause in August.

"Haul Louis DeJoy in front of a criminal grand jury for his postal sabotage and subversion of our elections," Rep. Bill Pascrell, Jr. (D-N.J.) demanded on Tuesday.