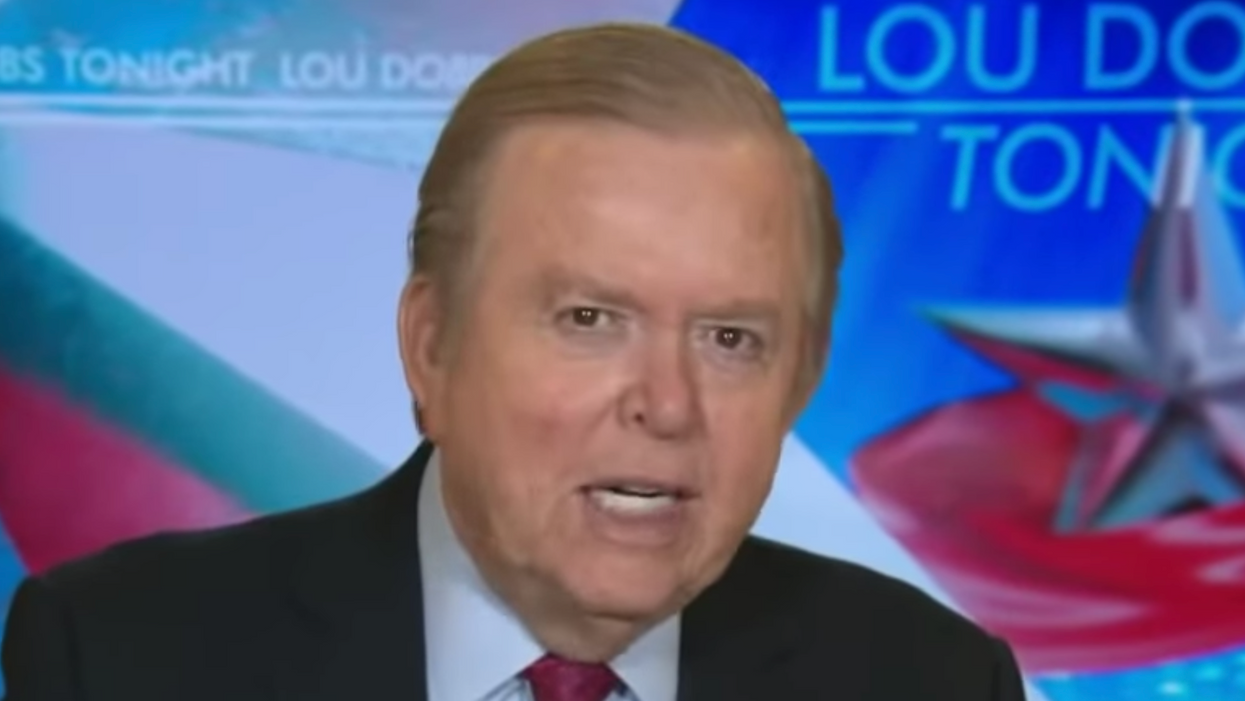 U.S. Attorney General William Barr has been one of President Donald Trump's most aggressive defenders, but this week, Barr essentially acknowledged Joe Biden as president-elect when he told the Associated Press that there is no evidence showing that widespread voter fraud robbed Trump of a victory. And Fox Business' Lou Dobbs is furious, accusing the Trump loyalist of joining "the deep state."

Tuesday night on his Fox Business show, Dobbs made the baseless claim that in "six key battleground states," there has been "clear electoral fraud" that "nullified the will of the people in the November election." And he accused Barr of betraying Trump by siding with "insidious RINOs" and "radical Dems."

"Today, a member of his own cabinet appeared to join in with the radical Dems and the Deep State and the resistance," Dobbs told viewers. "Attorney General William Barr, who has been absent for weeks and weeks, (told) the Associated Press that the U.S. attorneys and FBI agents who have followed up on complaints of specific voter fraud across the country have produced nothing."

Dobbs noted that Barr told AP, "To date, we have not seen fraud on a scale that that could have effected a different outcome in the election" — and Dobbs told viewers, "For the attorney general to make that statement, he is either a liar or a fool or both. He may be, perhaps compromised. He may be simply unprincipled. Or he may be personally distraught or ill. But in no way can he honestly stand up before the American people and say that the FBI has, with any integrity of intensity, investigated voter fraud in this country — and then say it did not amount to anything."

Here are some Twitter reactions to Dobbs' over-the-top rant against Barr:

@justinbaragona @daveweigel @LouDobbs has been on the wrong side, and very far from, the facts for a long time. Its… https://t.co/rw1nktrzFL
— William Cross (@William Cross)1606862405.0