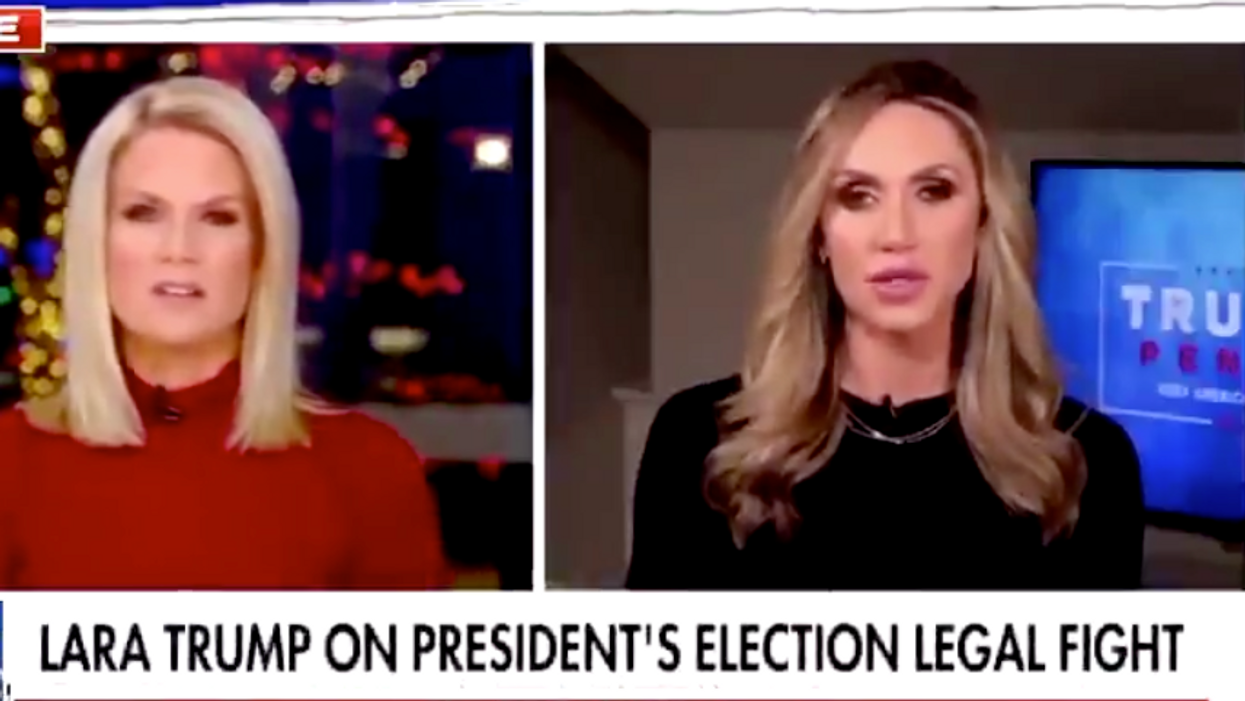 On Monday, November 30, the results for the 2020 presidential election were certified in more battleground states, including Arizona and Wisconsin — and this follows the certifications in Pennsylvania, Michigan and Nevada. Regardless, President Donald Trump's daughter-in-law, Lara Trump, continues to deny that former Vice President Joe Biden is now president-elect. And when Lara Trump appeared on right-wing Fox News on November 30, she got a dose of reality from host Martha MacCallum.

Lara Trump, who is married to President Trump's son Eric Trump, told MacCallum, "I still think that the president will get four more years in office. I think it will be the next four years because this thing is far from over."

MacCallum responded, "Why? You just had certifications today in Arizona, in Georgia, in Wisconsin. You heard Geraldo (Rivera) moments ago say that it's time to accept the outcome of this. What are you seeing or hearing out there that he is not?"

Lara Trump argued, "Well, those certifications are just procedural steps, and the reality is the Electoral College does not vote in their states until December 14. Congress doesn't actually certify anything until the beginning of January. So, we've got plenty of time."

President Trump's campaign, making baseless claims of widespread voter fraud, has been filing lawsuits in Pennsylvania, Michigan, Georgia, Wisconsin and other battleground states that Biden won. But that hasn't stopped the votes from being certified in those states. Biden has been making picks for his incoming administration, and on November 30, Biden and Vice President-elect Kamala Harris began receiving the highly classified President's Daily Briefing.

Here are some Twitter responses to Lara Trump's claim that Trump will be living in the White House after January 20, 2021:

@atrupar Lara is just shoring up Eric’s position in the family to assure a Trump inheritance. Little does she reali… https://t.co/pGjcOKxhtu
— BA Rali (@BA Rali)1606782291.0