The chaos of this lame duck period was totally predictable — and Trump’s GOP enablers are to blame: conservative 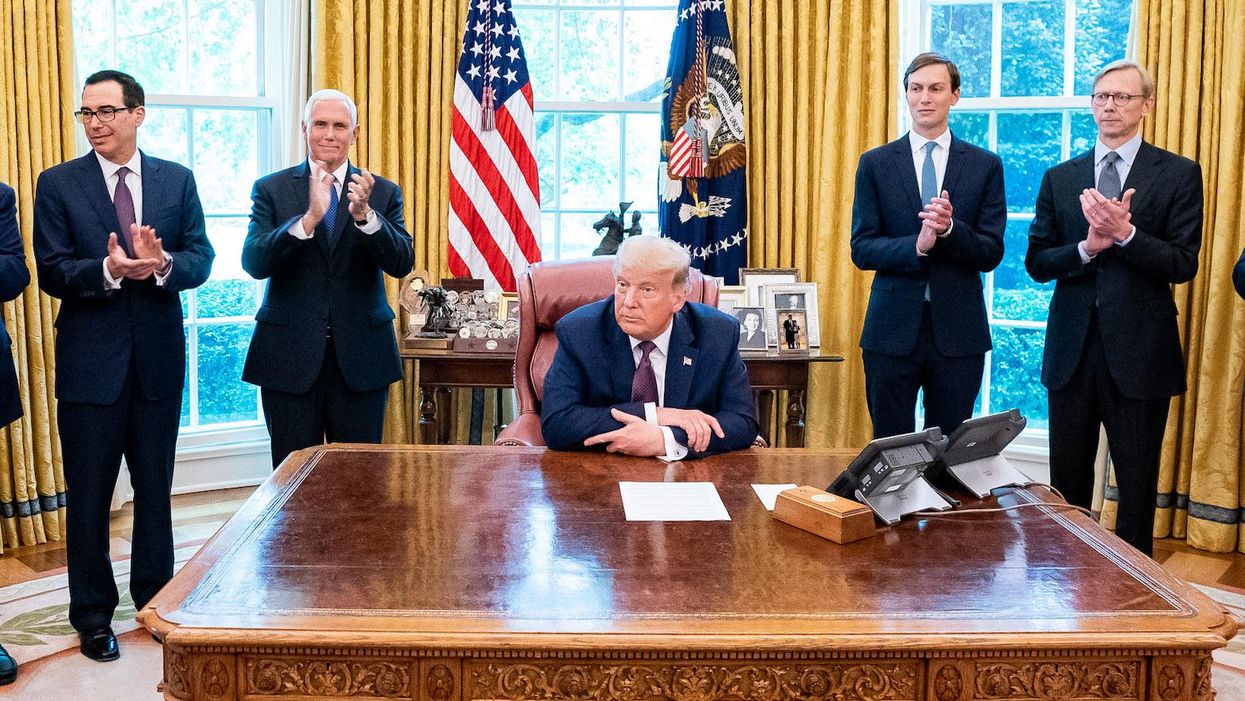 During the 2020 presidential election, numerous critics of President Donald Trump —from liberals and progressives to right-wing Never Trump conservatives — warned that the lame duck period would be incredibly chaotic if Trump lost and that the president would not accept defeat gracefully. Those critics were accused of having "Trump derangement syndrome" by Fox News and talk radio pundits. But in a December 23 column for the conservative website The Bulwark, Never Trump journalist Charlie Sykes argues that those who predicted major chaos after the election were spot on and that those who disagreed were painfully naïve.

Sykes writes, "It's not like you were not warned. Again and again. It's not as if it wasn't obvious from the very beginning who Donald Trump was. You had to know it would come to something like this."

The Bulwark columnist notes some of the things the United States is experiencing during Trump's final weeks in office, and they include "more than 323,000 dead Americans, a president plotting to steal an election, whispers of military coups, pardons for crooks and war criminals, a potential constitutional crisis, and a possible government shutdown — and, after four interminable years, a nation that is dumber, crueler and more divided."

Sykes, in his column, makes it clear that he has no patience with all the Republicans who, in 2020, were willing to look the other way when Trump said and did appalling things.

"The anti-anti-Trumpers sat it out, or spent their time assuring us it wasn't so bad — and that the real threat was radical woke socialists like Joe Biden," Sykes laments. "When they weren't actually concocting elaborate defenses for Trump's mendacity, they rationalized, or played an endless game of whataboutism."

When Sykes mentions "radical woke socialists" and President-elect Joe Biden in the same sentence, he is mocking Trump's GOP enablers and being quite ironic. Biden has a very centrist record — first as a U.S. senator, then as vice president under President Barack Obama — and a long list of conservatives supported him in the 2020 election, from the late Sen. John McCain's widow, Cindy McCain, to former Ohio Gov. John Kasich to former Hewlett Packard CEO Carly Fiorina to former GOP Sen. Jeff Flake to the Lincoln Project to Sykes himself.

Expressing his frustration, Sykes stresses that Trump's GOP enablers are partly to blame for the chaos of this lame duck period.

"So, don't pretend you are really surprised," Sykes writes. "You may be appalled by what you are seeing, but nothing that is happening now — the reckless attacks on constitutional norms, the flood of lies and conspiracy theories, the bullying, insults or chaos — is inconsistent in any way with what you have known for years. But you truckled, wheedled and hoped he'd eat you last. And here we are, you miserable bastards."