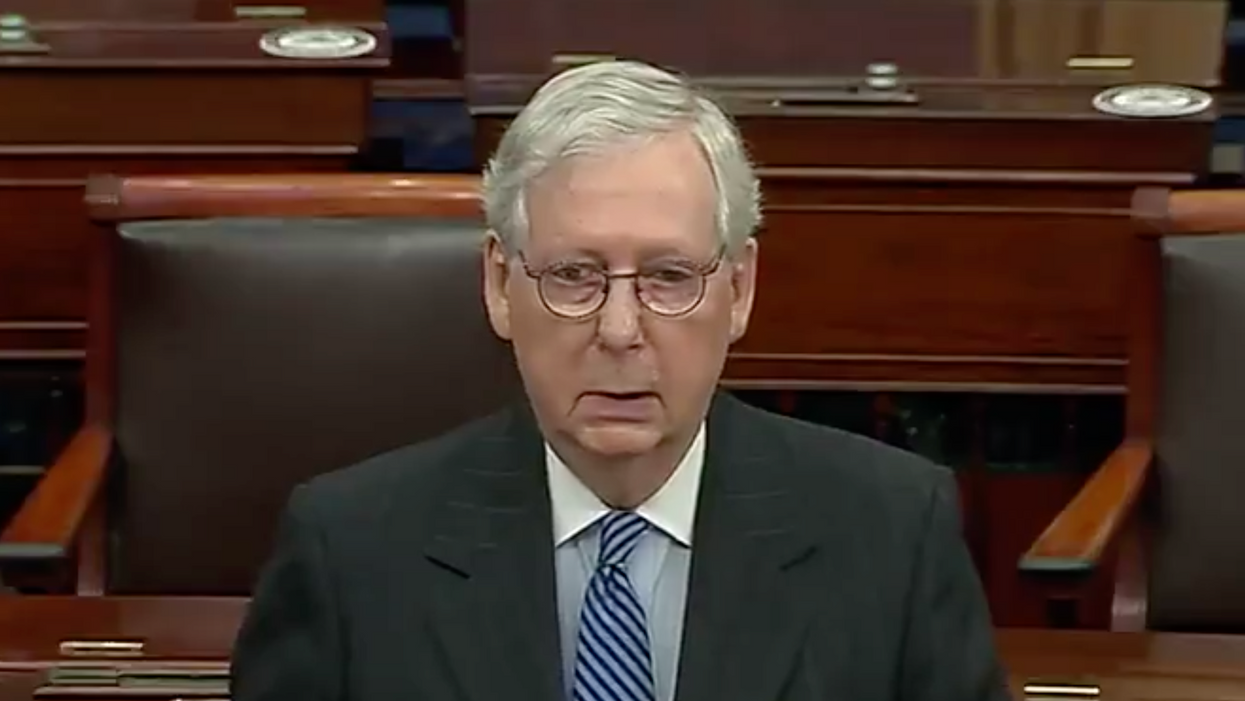 McConnell said on the Senate floor, "Many of us hoped that the presidential election would yield a different result, but our system of government has processes to determine who will be sworn in on January 20. The Electoral College has spoken. So today, I want to congratulate President-elect Joe Biden. The president-elect is no stranger to the Senate. He's devoted himself to public service for many years."

The Kentucky Republican said of Harris, "Beyond our differences, all Americans can take pride that our nation has a female vice president-elect for the very first time."

During McConnell's speech, reporter Nicholas Fandos notes in the New York Times, he spent several minutes praising Trump's presidency before he got around to congratulating Biden and Harris.

McConnell told senators, "The outsider who swore he would shake up Washington and lead our country to new accomplishments at home and abroad proceeded to do exactly that."

Despite these words, McConnell's acknowledgment was a clear break with the sitting president. Even as the senator was recognizing Biden's win, Trump was still baselessly attacking the election results on Twitter with lies and misinformation

Tremendous evidence pouring in on voter fraud. There has never been anything like this in our Country!
— Donald J. Trump (@Donald J. Trump)1608046901.0