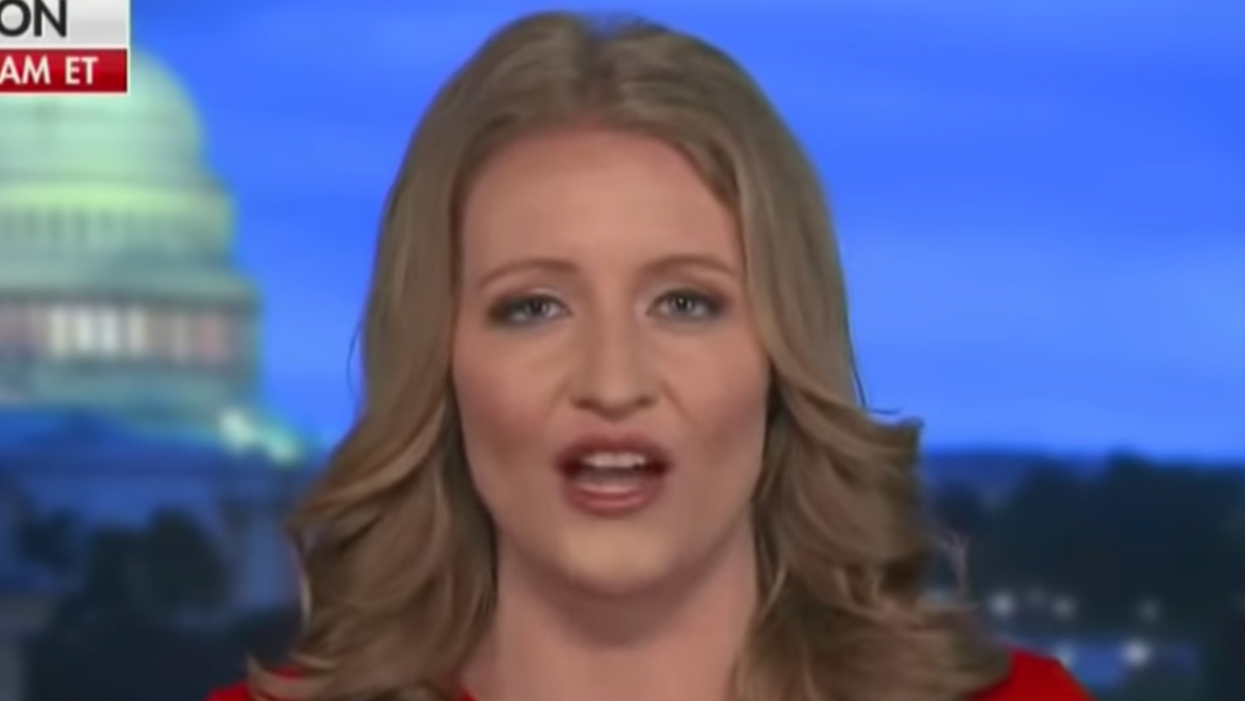 Jenna Ellis, the senior Trump campaign legal adviser who you can see smugly smirking behind just about any image of Rudy Giuliani, is also special counsel to the Thomas More society. That's a supposed national public interest law firm that focuses on "religious liberty" and regularly shows up in the Southern Poverty Law Centers' "Hatewatch" for having pretty unChristian views toward, well, anybody but straight, white Christians.

Their interest in "religious freedom," for example, extends to voter suppression. The group, under a newly formed "Amistad Project" (and yes, they actually had the gall to name the effort after the ship and revolt of Africans who had been kidnapped and sold illegally as slaves in Cuba in 1839) has filed a lawsuits challenging the election in five states: Arizona, Georgia, Michigan, Pennsylvania, and Wisconsin. The Thomas More Society has confirmed Ellis' involvement with the organization but maintains that they're not coordinating at all with her and the campaign's legal efforts to disenfranchise hundreds of thousands, if not millions, of voters by throwing out the election. The Washington Post speculates it is "a coordinated effort to flood the nation's courts with repetitive litigation that allows the president to claim the election results remain contested." Seems like a safe bet.

The project formed earlier this year, fighting in state courts across the country to—get this—prevent county election officials from taking federal grants to help them gear up for conducting safe elections during the pandemic. Because safe, free, and fair elections are apparently an assault on religious liberty. But no, they weren't coordinating with the Trump campaign at all in its efforts to suppress the vote. The group said so: "As a tax-exempt organization, the Thomas More Society doesn't support or endorse candidates, but when our election laws and even our constitution are under attack, we take action," the organization said in an October statement, bolstering Trump's attacks on mail-in voting.

Ellis, the background Trump lawyer, is on the "Leadership and Advisory Board" of the Thomas More Society, as well as special counsel to it. It's just a total coincidence, then, that the lawsuit the group is filing mirrors the Trump campaign's strategy of asking courts in states with Republican-controlled legislatures to let those legislatures toss the official election results and appoint their own Trump electors to the Electoral College. Really, though, she and the group keep saying, they're not coordinating at all. Thomas More Society President Thomas Brejcha told the Post that Ellis "has no association or involvement with our Amistad efforts" and that they're not "at all connected with the Trump Campaign."

Maybe she's not, but a retired defense intelligence official who sits on Trump's campaign advisory board named Tony Shaffer seems to be. He is both on the campaign team and showed up at a press conference the Amistad group had on Tuesday, calling himself its "lead investigator" in chasing down what they're calling voter fraud. But really, a spokesman for him says, the Trump campaign and Amistad Project are "not related," not at all. But he wouldn't answer whether Shaffer acted as a go-between.

The Amistad group claims to have shared their "voter fraud" evidence with the FBI, but apparently they didn't even convince Attorney General William Barr, who publicly stated last week that the department has found no evidence of widespread fraud. They're not going to find validation there. And, honestly, they should be sanctioned out of court. This is who they are: "a former Kansas attorney general barred from practicing law due to professional misconduct, and a Minnesota attorney who has advocated policies such as restricting the number of Americans who are not Christian or Jewish." Only the best people.

Those sanctions might be coming. Conservative Wisconsin Supreme Court Justice Brian Hagedorn rebuked the group's attempt to get the court to overturn the presidential election, calling it "the most dramatic invocation of judicial power" he had ever seen, writing: "This is a dangerous path we are being asked to tread." In addition to sanctions, the group is courting losing its nonprofit standing. Philip Hackney, a former IRS official, told the Post the Thomas More Society is "putting it's tax-exempt status at risk" for so clearly working with Trump in election litigation. "It certainly raises the question of whether they have engaged in a way that the IRS could find violated the law," he said.

Ellis is clearly the connection here, and apparently Tump's new favorite after he saw her on TV and he got the campaign to hire her. Senior administration officials told the Post that she eggs him on in his legal efforts. "The president would call her when the other lawyers would tell him no," one said. They also say she has been feeding him false evidence of voter fraud, and that the bizarre 46-minute speech he gave last week about the election was "a Jenna production." She's also told him the coronavirus-infected public meetings she and Giuliani have been having with Republican legislators are real and could help him overturn the election. "She's willing to say anything. Even as Rudy comes up with legal theories that are not able to be executed, she will think of a way to talk about it on television," one official said.

What she's not willing to do? "[S]he has not converted her allegations into legal briefs or appearances in court, where making false statements could have serious consequences." She's not a true enough believer to want to jeopardize her future in voter suppression.