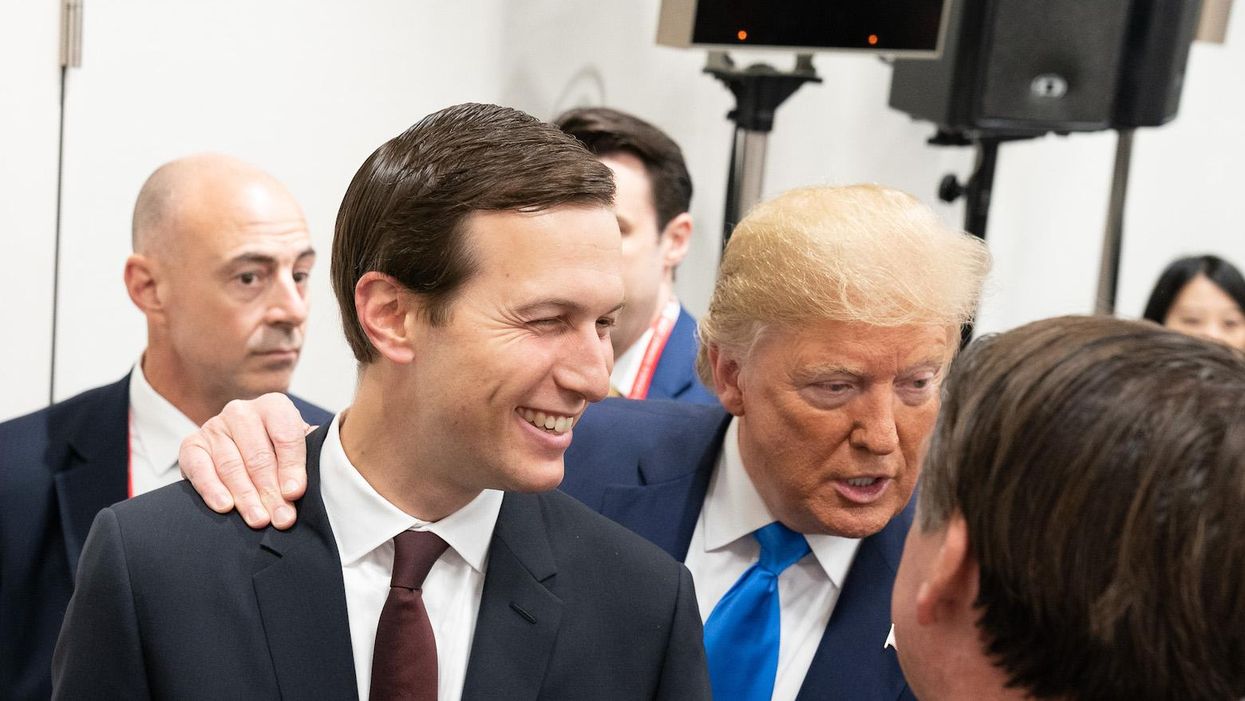 The Citizens for Responsibility and Ethics in Washington (CREW) and several historical groups in Washington D.C. warn in the lawsuit that Trump might attempt to destroy records in order to avoid legal scrutiny. The groups accuse Trump and his administration of violating the Presidential Records Act by failing to preserve official records as required by the law.

The lawsuit claims that the White House records preservation policy "authorizes the destruction of presidential record material," because it allows staff to preserve screenshots of messages sent on non-official platforms like WhatsApp as presidential records. The groups argue that the screenshots do not include the metadata associated with each message, and therefore are incomplete records.

The suit calls out Kushner for admitting to "using non-official messaging accounts like WhatsApp to conduct official White House business, relying on screenshots alone to satisfy his record-keeping obligations."

Kushner has claimed he takes screenshots of his WhatsApp messages, which he has used to discuss issues with Saudi Arabian Crown Prince Mohammed Bin Salman and Facebook chief Mark Zuckerberg, and sends them to be preserved.

The policy allows the "loss and destruction of presidential record material," CREW said in a statement, describing it as "part of a larger pattern of the president and the White House ignoring, if not flouting, their obligation to create and preserve records memorializing official actions and decisions." The statement also raised concerns that Trump might seek to destroy records, because he is "facing potential legal and financial exposure once he leaves office."

"With the approaching onset of a new president, much public attention has focused on the likelihood that President Trump, or White House personnel acting at his behest, will destroy records of his presidency before he leaves office, fearing the consequences to him and his legacy should they become public," the lawsuit said. "With President Trump's term in office soon coming to an end, absent judicial intervention this conduct will permanently deprive plaintiffs and the public of records documenting a critical part of our nation's history."

The group said the screenshot policy may obfuscate the decision-making process behind the administration's policies.

"The Presidential Records Act exists for a simple reason: to prevent presidents and their staff from destroying historically valuable records. By deleting or preserving only parts of these records, the White House is destroying essential historical records," CREW Executive Director Noah Bookbinder said in a statement. "The American people deserve not only to know how their government is making important decisions but to understand what was going on behind closed doors and what we could do better in the future."

CREW filed a similar lawsuit last year, which was thrown out, according to Bloomberg News. District Judge Amy Berman Jackson said in the previous lawsuit that Congress would need to amend the Presidential Records Act before courts could intervene.

CREW was joined in the lawsuit by the National Security Archive, the Society for Historians of American Foreign Relations and the American Historical Association.

"Presidential records are always at risk because the law that's supposed to protect them is so weak," National Security Archive Director Tom Blanton said in a statement, adding that the lawsuit seeks to "prevent any bonfire of records in the Rose Garden."

James Grossman, who heads the American Historical Association, said historical research into records preserved by the law "provides an unparalleled look inside an administration's activities that would, if absent, leave the world wholly reliant upon the memoirs and memories of those whose deeds we professionally investigate and evaluate."

"For the purpose of creating a 'usable past' for generations of future citizens, the Society for Historians of American Foreign Relations is gravely concerned with preserving the integrity of the Trump administration's records," Richard Immerman, the chairman of SHAFR's Historical Documentation Committee, added. "In light of the administration's previous violations of the Presidential Records Act, it consequently judges it essential to take legal action to prevent any efforts to destroy records or otherwise fail to retain them in their entirety."