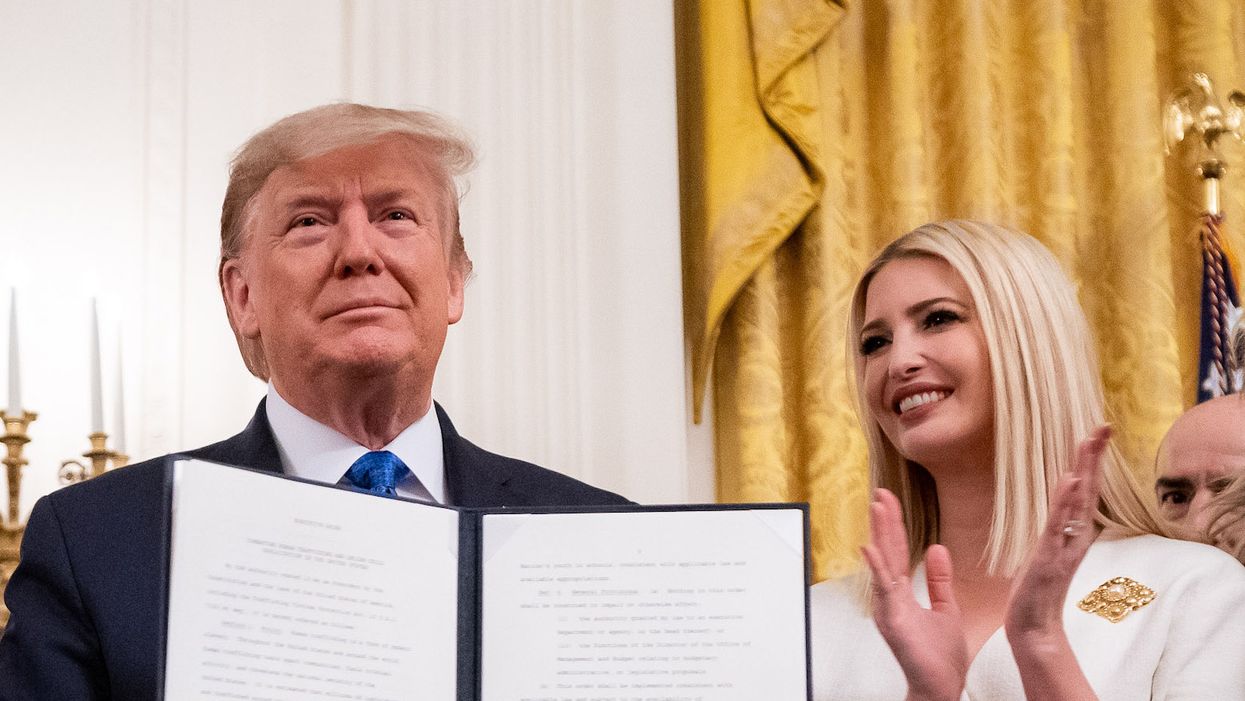 Ivanka Trump is harboring political ambitions after she leaves the White House after her father's election loss.

It's not clear where President Donald Trump's eldest daughter will live, along with her husband and fellow White House adviser Jared Kushner, but their former friends, colleagues and associates believe Ivanka Trump will try to build up her influence in the Republican Party, reported the Washington Post.

"I think she'd want to be the [first] female president," said Marissa Velez Kraxberger, a film producer who worked for Ivanka for two years at her now-defunct company. "I don't think she's actually ever had any interest in fashion but everything was an angle to gain more power in whatever possible way."

Ivanka Trump garnered only 4 percent support in a recent Newsmax poll, behind Vice President Mike Pence, her brother Donald Trump Jr. and other possible GOP hopefuls, but sources close to her say she almost certainly will consider a presidential bid of her own.

"Everyone is saying that she's running for office, and that's the ultimate compliment for her," said one source from her New York social circle. "Her recent stance as pro-life was making her ambitions very clear that she is laying the groundwork."

But her brother also harbors political ambitions and is more popular among the GOP base.

"[There will] will definitely be a power struggle between [Ivanka] and her brother, who is obviously more connected to the base," and one top Republican fundraiser.

But their ambitions may be thwarted by New York's fraud investigations into the president and his businesses, and former Trump Organization consigliere Michael Cohen suspects that will ultimately be their undoing.

"There's too much potential dirt that she doesn't want released," said Cohen, the president's former personal attorney who pleaded guilty in 2018 in two criminal cases related to his work for Trump. "It's easy to say, 'I'm doing this, I'm doing that,' but it's different to put your entire life out there for the media to excoriate you."