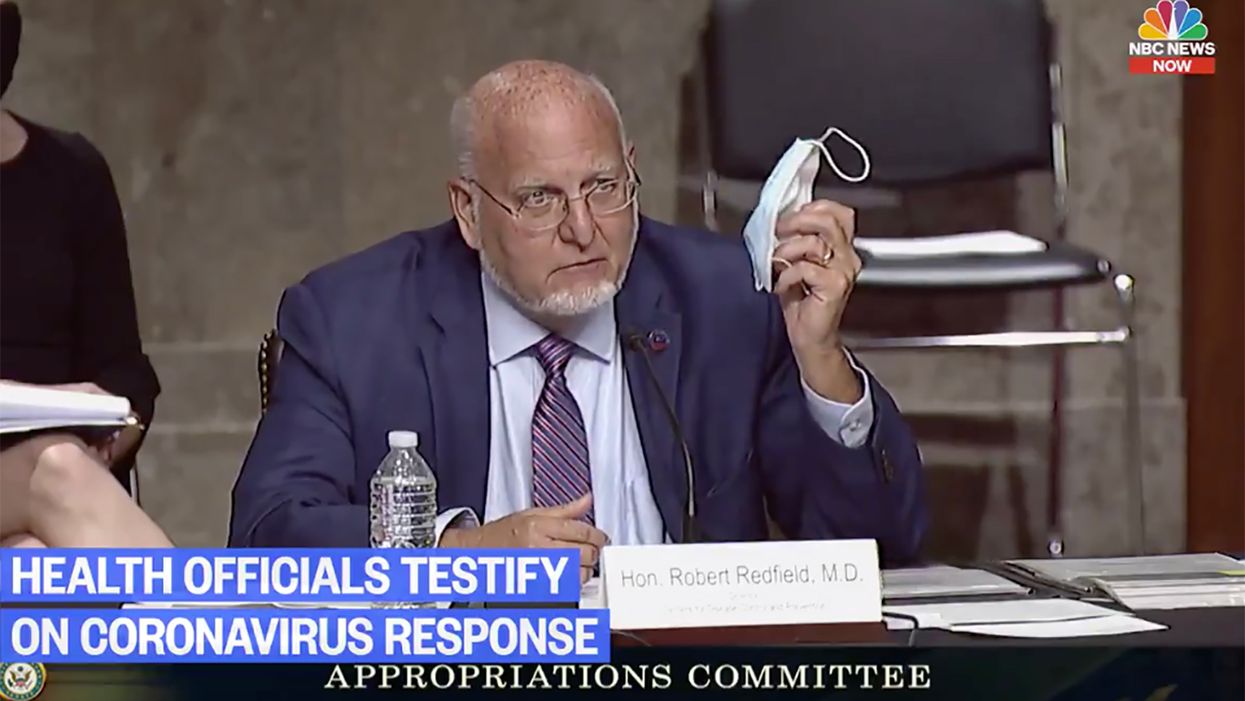 Rep. Jim Clyburn, D-S.C., the chairman of the select subcommittee on the coronavirus crisis, issued subpoenas to Health and Human Services Secretary Alex Azar and Robert Redfield, the head of the Centers for Disease Control and Prevention, ordering them to turn over "full and unredacted" documents sought by the panel for months after finding that political appointees tried to "alter or block" at least 13 CDC reports on the coronavirus.

"The subpoenas were necessary because the… investigation has revealed that efforts to interfere with scientific work at CDC were far more extensive and dangerous than previously known," Clyburn said in a letter to the two officials. "Top political officials at HHS and CDC not only tolerated these efforts, but in some cases aided them -- even after a senior official warned that CDC's scientific writing 'needs to remain an independent process' and that the Administration's attempts to influence these reports violated 'long-standing policy.'"

Clyburn said the Trump appointees targeted reports that "provided evidence of the virus's 'early spread' across the country and 'massive spread' this summer, which they believed sent 'the wrong message' about the Administration's policies." The appointees also "drafted rebuttals aimed at undercutting CDC's credibility" and "attempted to muzzle CDC scientists by retaliating against career employees who provided truthful information to the public," he wrote.

The efforts came at the same time that some Trump appointees at HHS were pushing for a "herd immunity" strategy to allow the coronavirus to infect large numbers of people.

"There is no other way, we need to establish herd [immunity], and it only comes about allowing the non-high risk groups expose themselves to the virus. PERIOD," Paul Alexander, who was then a science adviser to HHS spokesman Michael Caputo, wrote in a July email to top officials that was obtained by Politico. "Infants, kids, teens, young people, young adults, middle-aged with no conditions, etc. have zero to little risk … so we use them to develop herd. … We want them infected."

The World Health Organization has warned that achieving herd immunity by exposing people to the virus was "dangerous" and "unethical." Dr. Anthony Fauci, the director of the National Institute for Allergy and Infectious Diseases, also warned that such a strategy would result in rampant death.

Clyburn said the officials must turn over all requested documents by December 30 so that investigators can determine "who in the Trump Administration was responsible for this political pressure campaign" and "whether it was intended to cripple the nation's coronavirus response in a misguided effort to achieve herd immunity" after HHS repeatedly refused to comply with the panel's requests and blocked lawmakers from interviewing Redfield and other top officials.

Clyburn launched the investigation in September after Politico reported that top Trump appointees sought to "intimidate the reports' authors" and "water down" their findings because they "would undermine President Donald Trump's optimistic messages about the outbreak."

Earlier this month, a senior CDC official told the panel that Redfield ordered aides to delete an email showing evidence of interference from Alexander.

Alexander, who along with Caputo has since left the agency, had demanded the right to review the CDC reports and urged CDC officials to alter reports that broke with Trump's messaging, emails obtained by Politico show. Alexander also tried to block Fauci from warning of the risk to children regarding the coronavirus. Clyburn's letter detailed numerous communications in which Alexander and Caputo sought to "influence or block CDC's Morbidity and Mortality Weekly Report" and other publications as well as extensive pushback from career officials. Despite the pushback, Alexander sought to alter reports related to the use of hydroxychloroquine and face coverings, comorbidities, child vaccination, outbreaks and deaths among children, and coronavirus transmission in primary elections, according to the letter.

"If you disobey my directions, you will be held accountable," he wrote to one senior official.

Another official described Caputo's behavior as "a pattern of hostile and threatening behavior directed at … communication staff at CDC."

Caputo ultimately took a leave of absence in September after a public meltdown over pushback at the CDC and has since left the agency.

Dr. Charlotte Kent, the editor-in-chief of the reports, testified to the committee that Alexander "contacted her directly on numerous occasions to pressure her to make changes to Morbidity and Mortality Weekly Reports and to seek a larger role in the review process, in violation of longtime CDC and HHS policy to maintain the independence of these reports."

HHS officials even drafted an op-ed attacking the CDC authors of the hydroxychloroquine report as a "disgrace to public service" because they could "prevent the news from giving the proper coverage of a true 'miracle cure,'" according to the subcommittee. The op-ed was never published.

Trump has repeatedly pushed hydroxychloroquine, an anti-malarial drug shown to be ineffective against the coronavirus, and raised doubts about the use of masks. He has falsely claimed that children are "almost immune" from the coronavirus and insisted that in-person voting during the elections was safe as he waged a months-long campaign to raise doubts about mail voting.

An HHS spokesperson argued that the agency had complied with the panel's requests and accused Clyburn of politicizing the coronavirus response. "While the Administration is focused on vaccination shots, the Subcommittee is focused on cheap shots to create headlines and mislead the American people," the spokesperson said in a statement to the Associated Press.

The CDC did not comment on the letter but Redfield previously testified to Congress that outside actors were unsuccessful in "modulating the scientific integrity" of the agency's reports.

Clyburn argued in the letter that although CDC officials were able to beat back some of the interference, the evidence shows that Kent and other officials were forced to "fend off more than a dozen attempts to influence CDC's scientific publications, and in some cases were instructed to make changes recommended by political officials."

"To the extent career staff were successful in limiting the damage, as Dr. Kent stated she was, that is a testament to the career staff's integrity and resilience," Clyburn wrote, "not an indication that the Trump Administration's political pressure tactics were appropriate or scientifically sound."