Here's why the whole GOP devolved into a conspiracy theory cult 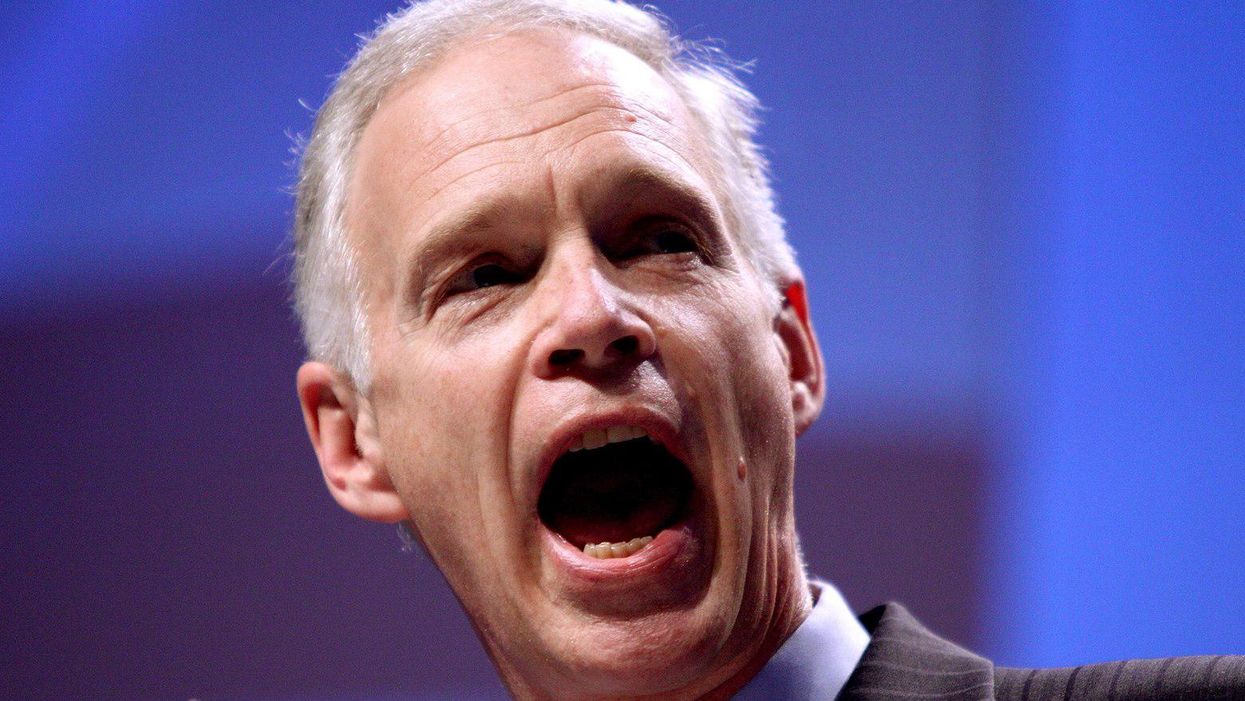 It's been happening for decades — but the transformation is now complete.

It started with the Whitewater investigation, went through all of the Benghazi investigations, and ramped up in recent years when Republicans turned around to falsely claim that the investigation into Donald Trump's ties with a Russian conspiracy to interfere with the 2016 election was as a "hoax," ignoring the overwhelming evidence of rampant collusion. On Wednesday, the transformation of the GOP from a real political party to a conspiracy theory cult was finally fully completed.

Wednesday was the day Senate Republicans spent hours and a hefty chunk of taxpayer money to bolster the lie that Democrats "stole" the 2020 election, with their only evidence being the say-so of a narcissistic sociopath whose only spoken language is lying. No one, especially no Republican politician, sincerely believes that Trump was the "real" winner of the 2020 election, or that there's any evidence whatsoever of voter fraud or election irregularities of any real importance. As Sen. Gary Peters, D.-Mich., the ranking member of the Homeland Security and Governmental Affairs Committee declared during his opening remarks, "this hearing gives a platform to conspiracy theories and lies" and " is a grave threat to the future of our democracy."

Of course, that is the point.

As the committee chair, Sen. Ron Johnson of Wisconsin, and his fellow Republicans understand, their party can no longer win fair elections or campaign on ideas, since the public rejects most policies the GOP stands for. So the party's only recourse is to dish out a steady stream of conspiracy theories meant to distract from the policy debate while leveraging their power to undermine democracy.

As the mainstream news coverage of the hearing dutifully noted, no evidence of voter fraud was presented during Wednesday's hearing and Democrats on the committee repeatedly emphasized that Trump's claims of "fraud" have been presented before the courts dozens of times and thrown out for lack of evidence. Indeed, anyone who actually watched the hearing or read responsible coverage of it would walk away with the impression that the Republicans were a bunch of raving madmen and the Democrats were the only people speaking any sense.

What the Republicans running the hearing understand, however, is that their audience, the Republican base, neither watched the hearing nor consumed the mainstream media coverage of it. Instead, the purpose of the hearing is to generate footage that can be edited, often misleadingly, into clips that are fed into right-wing media sources and circulated through social media.

Evidence is not needed, nor is proof, nor convincing arguments. All that's needed are clips of the Republican senators, looking officious in the trappings of a Senate hearing, railing about "stolen" elections and defending the honor of those who purport to believe that Joe Biden stole the election. And all those poignant and convincing rebuttals from Democrats? Those can be chopped and edited to make the Democrats look "crazy" and like they're unleashing "unhinged" attacks on the noble Republicans.

None of this is about keeping Trump in office.

Senate Republicans not only understand that he lost, but that his coup efforts are failing. Their crusade now is about exploiting his lies of a "rigged" election for their own political purposes. Feeding the GOP base's victim complex and riling them up with conspiracy theories keeps them too busy obsessively hating Democrats to notice that the Republicans have run the country into the ground. Sen. Josh Hawley of Missouri showcased the strategy perfectly, with a maudlin speech about how actual evidence of a rigged election wasn't the point, because "the constituents back at home" told him "they felt they had been disenfranchised."

"These are normal, reasonable people. These are not crazy people," he said.

For someone actually watching the hearing, this is maddening. The folks Hawley is talking about are just rabid Republicans who back Trump's coup and are willing to stand by outrageous bad faith arguments to defend their belief that certain voters — namely Black voters in big cities — simply shouldn't have the same right vote.

But when Hawley's remarks about are inevitably cut into a video that removes all this context and fed into right-wing disinformation channels, all that audiences will see is Hawley defending his voters as "normal, reasonable people" who are "not crazy". It will read as him defending the honor of conservatives against those elitist, condescending liberals who are always calling them "crazy", instead of what actually happened, which was that Hawley said conservative "feelings" about the election matter more than the fact of who actually won.

Similarly, Sen. Rand Paul of Kentucky declared during the hearing that the election "in many ways, was stolen." He did not offer evidence, much less proof for this claim, which was a blatant lie. But it doesn't matter. He knows that his statement will be cut into a video and disseminated. He doesn't need evidence, so much as a quick clip with him looking authoritative as he offers this lie without rebuttal.

That's what GOP politics is all about these days. It's not about making a policy case to voters, since Republican politicians know that will never fly. Instead, it's about identity politics and stirring up hate, however ridiculous, against liberals. Hawley is hoping his constituents be so angry at the alleged liberals calling them "crazy" that they focus on getting their revenge by voting Republican, rather than asking hard questions about, say, why the Republican-run Senate has abandoned them to economic devastation during this pandemic.

This is all the Republican Party is these days: A propaganda engine churning out fake "scandals" meant to send their voters down conspiracy theory rabbit holes or stir irrational right-wing grievances. Anything, really, but ever talk about actual policy or governance, which Republican politicians know is territory they will always lose on.

That's why Republicans have fully committed to Trump's lies about the 2020 election. It's not that they care one whit about Trump — I suspect many of them are glad to see him go since he's a miserable person to be around — but because this conspiracy theory is so useful. Republicans can now focus their voters, ideally for four years, on nursing a grudge over losing an election they "should" have won, if only the votes of those meanie Democrats had been thrown in the trash.

After all, what's the alternative?

Republicans know they'd lose a reasonable debate about policy differences with Democrats. So this is what they've turned themselves into: A conspiracy theory cult that is always dashing from one mad lie to another, stirring up the base with nonsense and hoping the voters will never catch onto what a con the whole thing is.