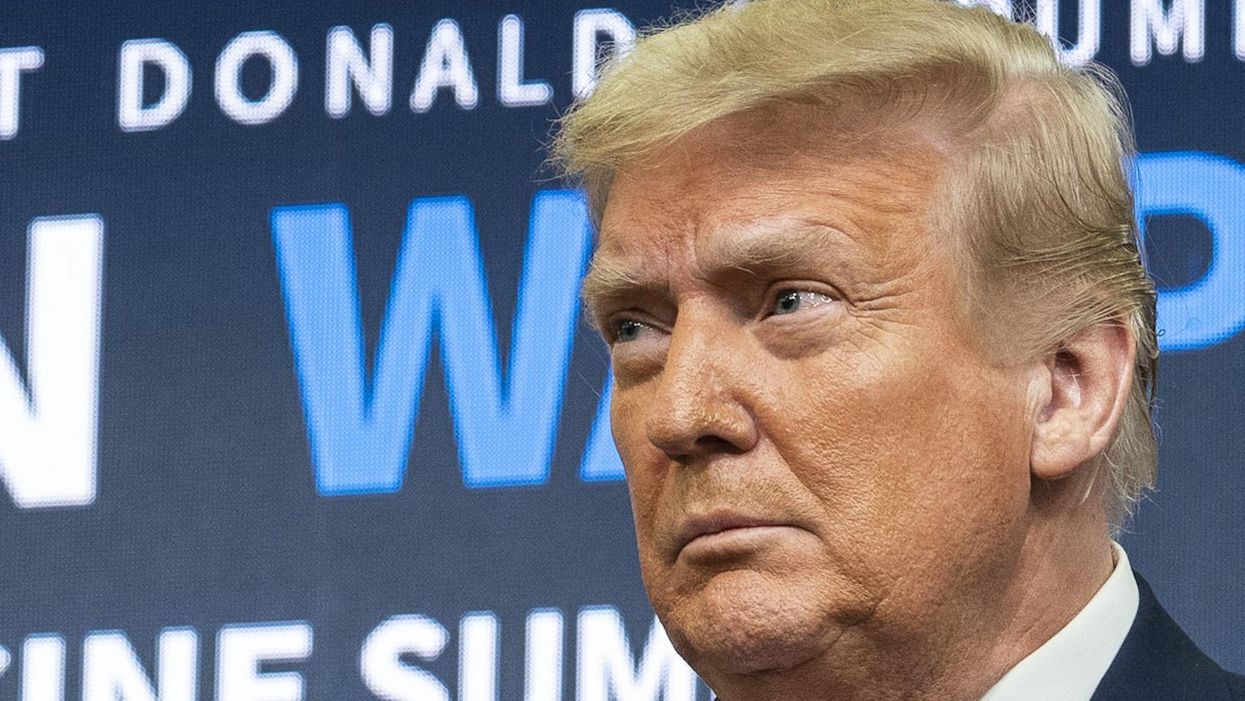 Because President-elect Joe Biden won the popular vote in Georgia, he is entitled to the state's 16 votes in the Electoral College — and on Monday, 16 Democratic electors in the Peach State officially cast their votes for the former vice president. But while Georgia's real electors were acknowledging Biden's victory, a group of Republican fake "electors" were casting their "votes" for President Donald Trump.

After the real electors in Georgia cast their votes, the group applauded. And Democrat Stacey Abrams, the presiding officer, told the electors, "I'm pleased to announce that Joseph R. Biden has received 16 votes for president of the United States."

Those votes, approved under the process put in place by Georgia's legislatures and certified by top Republican officials in the state, will actually matter when Congress convenes on Jan. 6 to count the votes for the next president.

The Republican pseudo-electors, meeting separately, cast their "votes" for Trump — and one of them claimed, "The contest of the election is ongoing." It is not — the courts have consistently dismissed the president's challenges to the election, because they are either meritless or legally flawed.

Although the coronavirus pandemic has been surging all over the U.S., a photo posted on Twitter showed the GOP "electors" not wearing face masks during their meeting.

Among those electors casting a pseudo-vote for Trump was CJ Pearson:

What was the importance of the Republican slate of electors voting in states like Georgia and Pennsylvania today?… https://t.co/9kHyfjSr3K
— CJ Pearson (@CJ Pearson)1607973604.0

His argument, however, has little legal merit. The state legislatures are empowered to establish the manner of the presidential election, which every state has done by giving its voters the right to have a say in how the electors are selected. That process has played out, and Biden won decisively. Some fringe legal theories suggest the state legislatures could try to overturn those results and appoint an alternate slate of electors; but even if this highly dubious theory were correct, that's not even what's happening here. The Georgia legislature hasn't met to appoint a separate slate of electors. These people are claiming authority they simply do not have. It's a farce.

Other individuals in separate states tried similar gambits, but as Politico's Kyle Cheney pointed out, their claims are meritless:

IMPORTANT: Reiterating that despite some claims from Trump camp, there are not "dueling" slates of electors. The mo… https://t.co/Y6pEYQu6Lg
— Kyle Cheney (@Kyle Cheney)1607975829.0