Watch: Texas man files lawsuit against police who pepper sprayed him for filming his son’s arrest 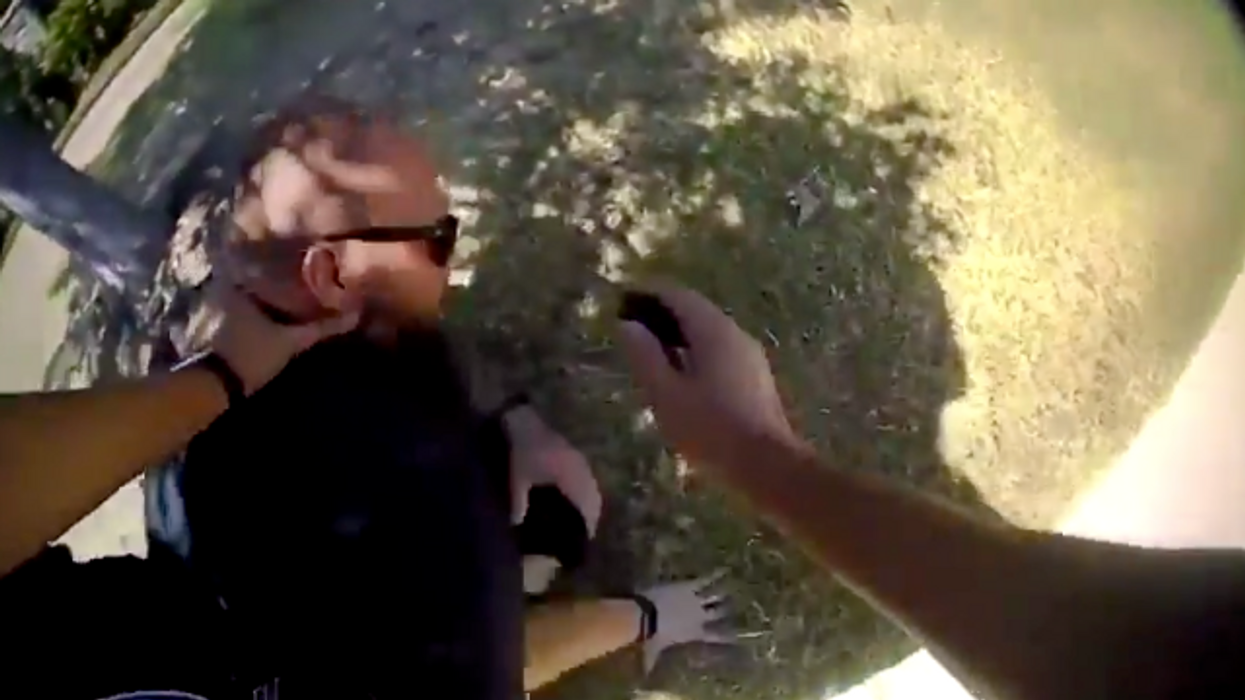 In the Dallas/Fort Worth area, two officers for the Keller Police Department are facing a lawsuit filed by a man who was pepper sprayed while filming his son's arrest on August 15.

The man filing the lawsuit, according to Complex.com, is Marco Puente, who is suing officers Ankit Tomer and Blake Shimanek. On August 15, those officers arrested Puente's son, 22-year-old Dylan Puente, after seeing him make a wide turn. A video of the younger Puente's arrest shows the officers ordering him to exit his car; Dylan Puente cooperated and was handcuffed.

Complex.com reporter Alex Galbraith explains, "Shimanek was the officer arresting Dylan Puente and ordered Tomer to arrest the older Puente. Shimanek was demoted by the police department from sergeant after the incident. Tomer was not disciplined as he was following orders of his then-superior officer."

Marco Puente's attorney, Scott Palmer, told WFAA-TV (an ABC affiliate in Dallas), "Marco is not a criminal. This is a man, a concerned father — and if this can happen to him, it can happen to anyone. These officers knew better. I believe they were trained better, but why did they not execute better? I don't know."

According to WFAA reporter Alex Rozier, "Police records show Shimanek has had previous problems as a Keller officer. In 2016, an internal affairs review found that he entered a home without a search warrant and without approval from the homeowner. In 2018, Shimanek's discipline file shows that he was reprimanded after he made a comment in reference to 'women not carrying guns because they would not be able to protect the children during a school shooting.' Now, in this 2020 incident, another internal affairs review has found misconduct. This time, it is has led to Shimanek's demotion from his rank as a sergeant to officer."

Dylan Puente was never charged with any type of criminal offense, although he paid a fine for making a wide turn.

Marco Puente told WFAA, "who gets pulled out of a car and cuffed for a wide right turn? Nobody. Nobody."