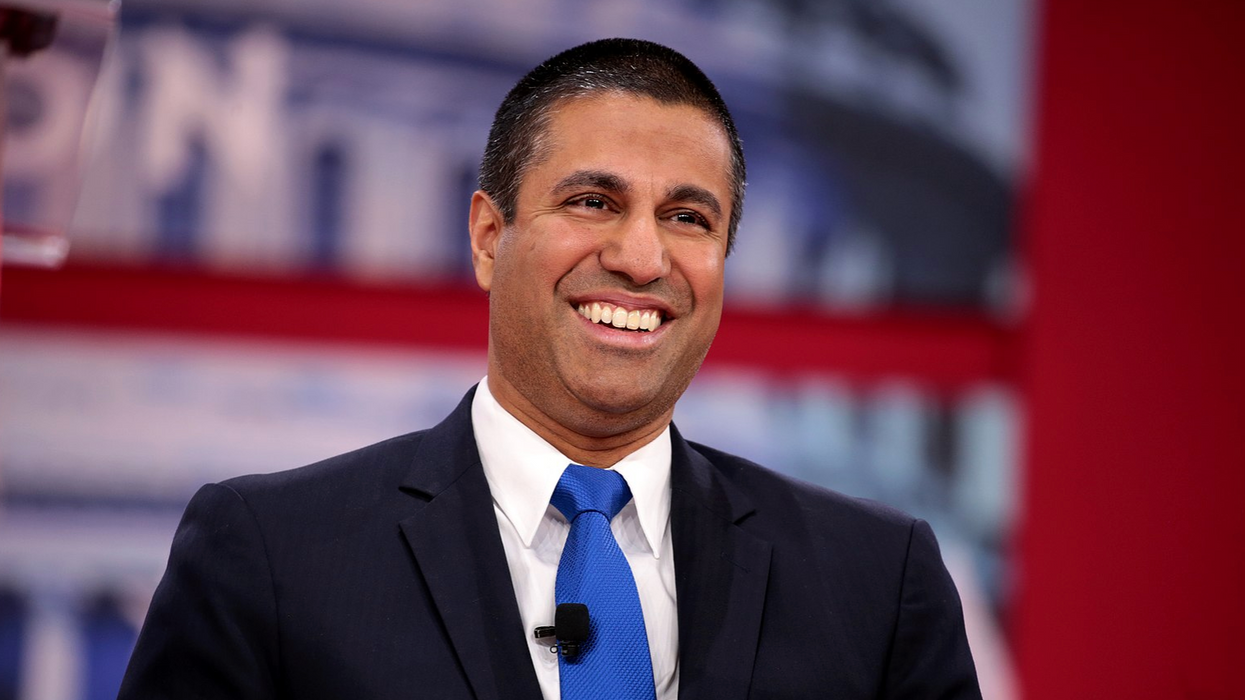 The U.S. Senate on Tuesday voted to confirm Nathan Simington, President Donald Trump's parting nominee to the Federal Communications Commission, despite serious questions regarding his lack of qualification for the crucial post.

The senators voted along party lines, 49-46, to confirm Simington, an attorney and former senior adviser at the Department of Commerce's National Telecommunications and Information Administration.

Simington is a Trump loyalist who backed the president's May 2020 executive order to reinterpret Section 230, described by the digital rights group Electronic Frontier Foundation (EFF) as "the most important law protecting internet speech." Simington said he was acting in the name of protecting free online expression.

However, critics called this claim highly dubious, noting the president issued the order after Twitter added warnings to two of his tweets for the first time, labeling his lies about mail-in voting as "potentially misleading."

Trump tapped Simington after withdrawing Republican FCC Commissioner Michael O'Rielly's nomination for a new term in August following the commissioner expressing skepticism over whether the agency even had the constitutional authority to issue new social media regulations.

In October, Evan Greer, deputy director of the advocacy group Fight for the Future, called Simington "even worse than Ajit Pai," the outgoing FCC chairman.

"His only qualifications are his steadfast loyalty to an outgoing wannabe tyrant and his undying love for convoluted attacks on internet freedom," Greer wrote.

Simington's appointment, and the impending departure of Pai—who will step down on Trump's final day in office—means the FCC will be deadlocked with two Republican and two Democratic commissioners when President-elect Joe Biden is inaugurated on January 20. A deadlocked FCC would effectively thwart any early efforts to restore net neutrality rules repealed during Pai's tenure as chair.

While progressives and digital rights advocates applauded last month's announcement that Pai would be stepping down, those same voices expressed deep concerns about Simington.

The whole point is to prevent a duly elected new administration and its appointees from getting to work. That's unacceptable, considering everything that a Biden FCC must do to promote broadband equity, increase media diversity, and ensure people can get and stay connected during this pandemic.

[Senate Majority Leader Mitch] McConnell rammed this confirmation through despite Simington's utter lack of experience and expertise. But Simington needed only one qualification to pass muster with McConnell: a willingness to obstruct the incoming Biden administration from repairing the damage done under four years of Chairman Pai's incompetent and unpopular leadership.

All that the Trump FCC has to show for four years of negligence is nearly 80 million people without adequate home-internet service—tens of millions of them Black and Indigenous people of color, and all of them lacking affordable broadband choices in urban, rural, and tribal areas alike.

"This is a desperate bid by Senate Republicans as their majority still hangs in the balance," Wood said. "But it leaves the FCC with a profoundly unqualified commissioner placed there to prioritize industry pipe dreams and purposeful gridlock over the serious work the agency must do to help people connect and communicate during a national emergency."

During his confirmation hearing even the most basic questions about FCC issues seemed to trip up Nathan Simington.… https://t.co/hORyK1I4j9
— Richard Blumenthal (@Richard Blumenthal)1607441604.0

I voted no on Nathan Simington’s nomination to the Federal Communications Commission. Americans need a champion for… https://t.co/5gdjbfH3ou
— Ron Wyden (@Ron Wyden)1607465744.0

Biden—who has expressed support for net neutrality—has not indicated whether he will promote one of the two Democratic FCC commissioners—Jessica Rosenworcel or Geoffrey Starks—to replace Pai, or if he will look outside the agency for the next chairperson.