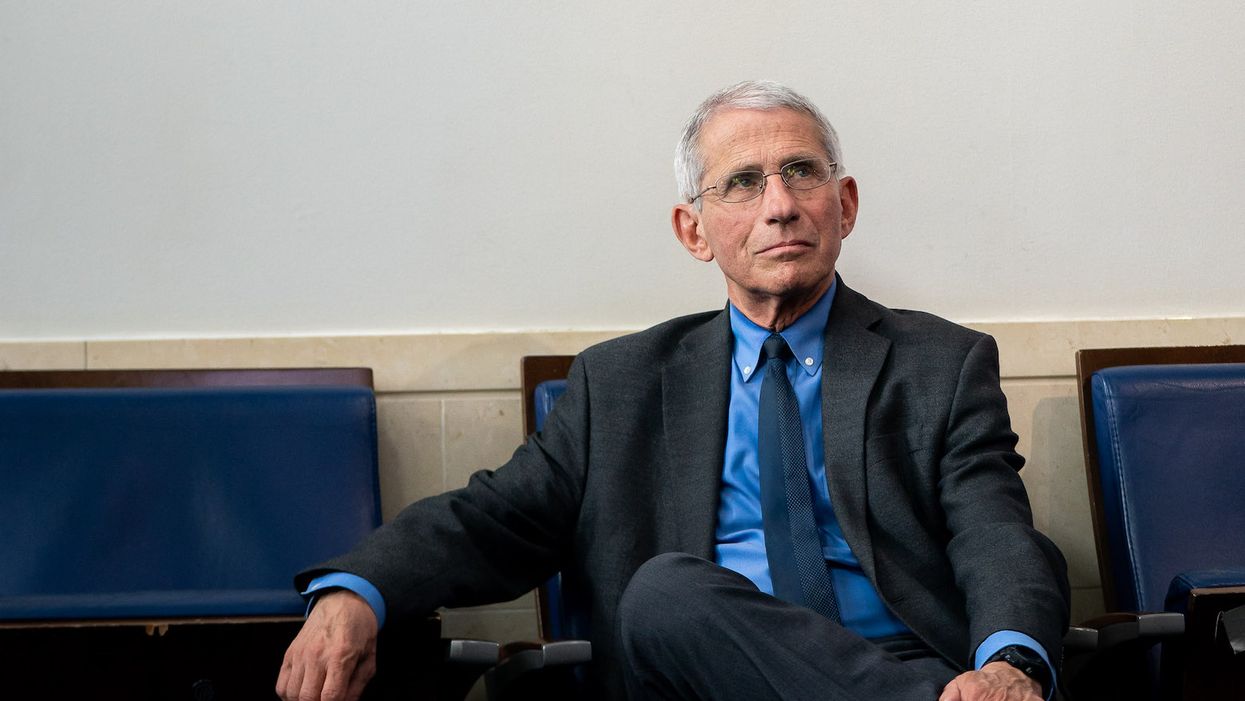 The United States will most likely experience a "post-seasonal" spike in coronavirus infections largely due to holiday travel and gatherings, current and former U.S. health officials said on Sunday.

"We very well might see a post-seasonal—in the sense of Christmas, New Year's—surge... a surge upon a surge," said Dr. Anthony Fauci, director of the National Institute of Allergy and Infectious Diseases and an incoming chief medical adviser to President-elect Joe Biden, on CNN's "State of the Union."

"We're really at a very critical point," he warned.

"I share the concern of President-elect Biden that, as we get into the next few weeks, it might actually get worse," Fauci added, referring to Biden's prediction earlier this week that "our darkest days in the battle against Covid-19 are ahead of us, not behind us."

Dr. Anthony Fauci says he believes the worst is still yet to come in the coronavirus pandemic following the holiday… https://t.co/gPU86rjiQO
— State of the Union (@State of the Union)1609079415.0

"But what the important thing for people to understand is that even if you traveled, it doesn't mean you just throw your hands up in the air and say, oh well," he said on ABC's "This Week."

"There are measures that you can take," said Adams, including getting tested, self-quarantining, and avoiding vulnerable people such as the elderly and those with pre-existing conditions.

"We have a very difficult month ahead of us," he said, identifying California, Massachusetts, New York, and New Jersey as places "where cases are still building."

When asked how long it will be until the nation sees results from the two vaccines which have been administered to some 1.9 million Americans and counting, Gottlieb said that while vaccinations are "going to take about three weeks to get through all the nursing homes," there will be "some indication" that mass inoculation is "probably having an effect maybe as early as this week."

More than 4.4 million Covid vaccines have been provided across the world (that we know of). That includes, in dos… https://t.co/sPNxiSCORk
— Kristine Servando (@Kristine Servando)1609130059.0

Fauci told CNN that in order to achieve "herd immunity"—the effective neutralization of the virus following the infection or vaccination of enough people—70% to 85% of the public would likely need to be inoculated.

The U.S. Centers for Disease Control and Prevention reported 179,104 new coronavirus infections and 1,309 new daily deaths on Sunday, for a total of 18.9 million U.S. infections and 330,901 Covid-19 deaths during the nine-month pandemic.

The health experts' warnings came the morning after Trump refused to sign a $900 billion pandemic relief bill, allowing unemployment coverage for millions of Americans to expire and threatening millions more with eviction as a federal moratorium was set to expire at the end of the year.

Trump acquiesced to bipartisan pressure and later on Sunday signed a $2.3 trillion Covid-19 relief and spending bill that will provide vaccine distribution, unemployment, small business, and airline company assistance, and fund the U.S. government through September 2021.