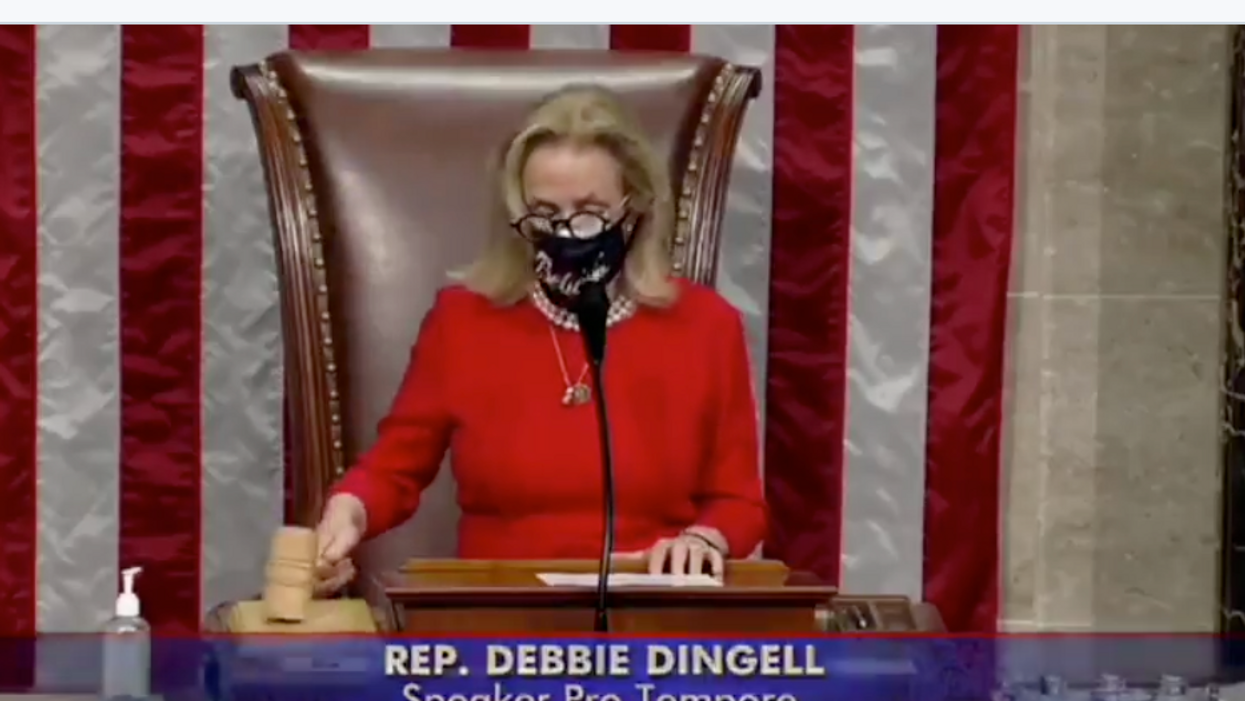 Rep. Debbie Dingell made no effort on Thursday to hide her contempt for House Republicans' decision to obstruct the approval of $2,000 relief checks for Americans, nine months into a pandemic that has left more than 300,000 Americans dead, hundreds of thousands of small businesses permanently shuttered, an estimated 50 million people facing food insecurity, and tens of millions facing possible eviction.

"It is Christmas Eve, but it is not a silent night. All is not calm. For too many, nothing is bright."
—Rep. Debbie Dingell (D-Mich.)

The Michigan Democrat adjourned the U.S. House after Majority Leader Steny Hoyer (D-Md.) requested unanimous consent for an amendment that would increase $600 direct payments in the coronavirus relief package passed on Monday, to $2,000. Though the sum was endorsed by President Donald Trump this week, House Minority Leader Kevin McCarthy (R-Calif.) objected to the measure.

"So we do not have unanimous consent," Dingell said in a disbelieving tone before announcing, "The House stands adjourned until 2:00 p.m. on Monday, December 28, 2020."

"Merry Christmas," the congresswoman said with an emotional pause and discernible disgust after banging the gavel.

And seriously, this Merry Christmas' from Debbie Dingell is about the most disgusted, sarcastic I've heard in a whi… https://t.co/L2Ig0kEEiy
— Michael McAuliff (@Michael McAuliff)1608820047.0

Another observer noted that it appeared Dingell "wanted to insert a choice expletive in the middle of that."

After adjourning the House, Dingell spoke angrily at a press conference about the suffering she has seen in her own district and across the country and condemned the Republicans for their refusal to help alleviate it.

"It is Christmas Eve, but it is not a silent night," Dingell said. "All is not calm. For too many, nothing is bright. And for too many, they are not sleeping peacefully. I gave a town hall last night that had people crying, people terrified of what is going to happen... I've been talking to people who are scared they're going to be kicked out from their homes during the Christmas holiday, and still might be if we don't sign this bill."