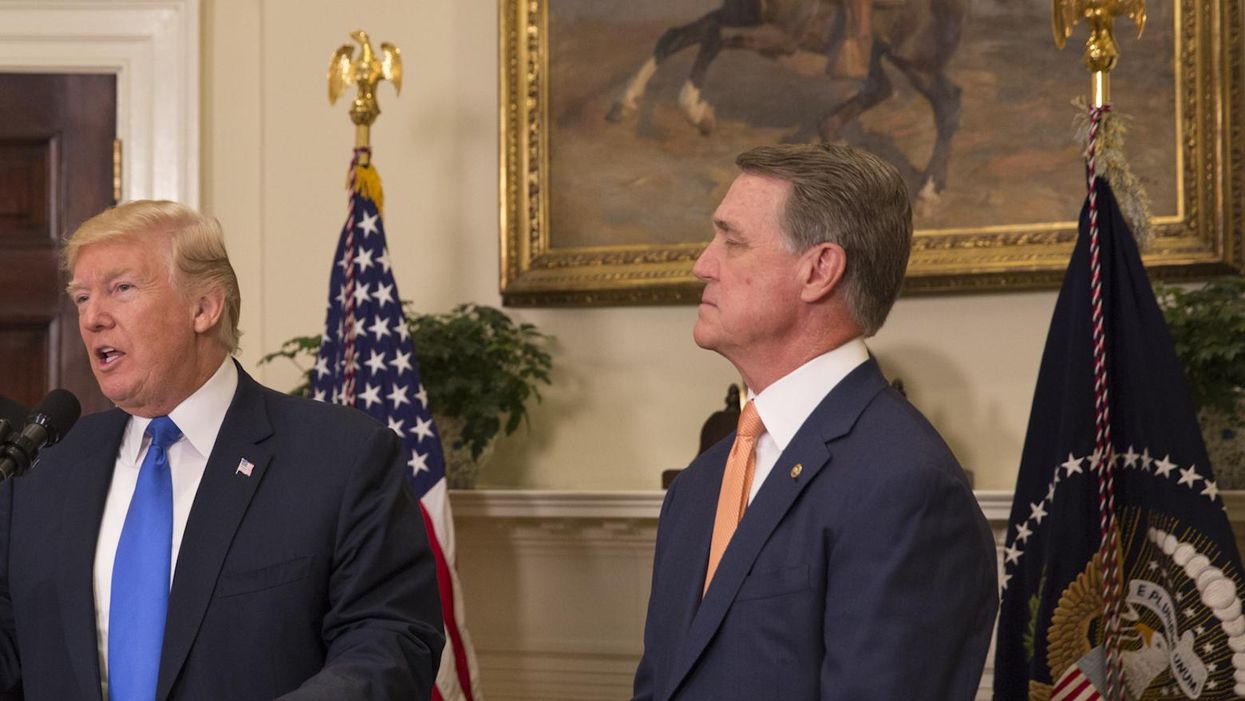 Notably absent from the Georgia Republicans' statement, however, was any mention of the outgoing president's demand for $2,000 direct payments to struggling Americans—a call that Perdue and Loeffler's Senate runoff opponents, Democrats Jon Ossoff and Raphael Warnock, have embraced and echoed.

Perdue and Loeffler said in their statement that they "look forward to continuing to fight alongside the president in his relentless pursuit to keep America great," remarks that came just after Trump signed the bipartisan relief bill Sunday night following nearly a week of needless and harmful delay.

As Common Dreams reported earlier Monday, the president's belated signing of the bill will likely cost millions of Americans a full week of unemployment benefits. That possibility also went unmentioned by Perdue and Loeffler, who used their statement to applaud Trump's "leadership" and claim that Democrats are "hellbent on a socialist agenda that prioritizes wasteful, irresponsible spending."

The Working Families Party (WFP) tweeted in response to the Republican senators' statement that "Trump's 'leadership' just cost hundreds of thousands of families in Georgia a week of unemployment benefits that they won't get back."

Trump's last-minute attack on the $900 billion coronavirus relief bill, which he called a "disgrace," put the Georgia Republicans in a difficult spot, given that the senators celebrated the agreement on the campaign trail and touted their yes votes in advertisements released just before the president trashed the deal.

Neither Perdue nor Loeffler has publicly voiced support for stand-alone legislation that would boost the direct payments in the new relief law from $600 to $2,000. With the Democratic legislation set to receive a vote in the House on Monday, Perdue has been silent about the proposed payments while Loeffler has said that she would "look at" supporting the larger checks if Congress "repurposes wasteful spending toward that."

Ossoff, who is taking on Perdue on January 5, noted on Twitter that the Georgia incumbent "didn't even want the first round of stimulus checks," referring to the $1,200 payments provided under the CARES Act.

Warnock, vying to unseat Loeffler, declared Sunday that Senate Republicans are "the only reason Georgians won't receive a $2,000 relief check."

"Trump agreed. Democratic leaders in the House and Senate agreed. But Loeffler and [Senate Majority Leader Mitch] McConnell refused. After blocking relief for nine months," Warnock tweeted. "When we win, we'll get families the help they need."