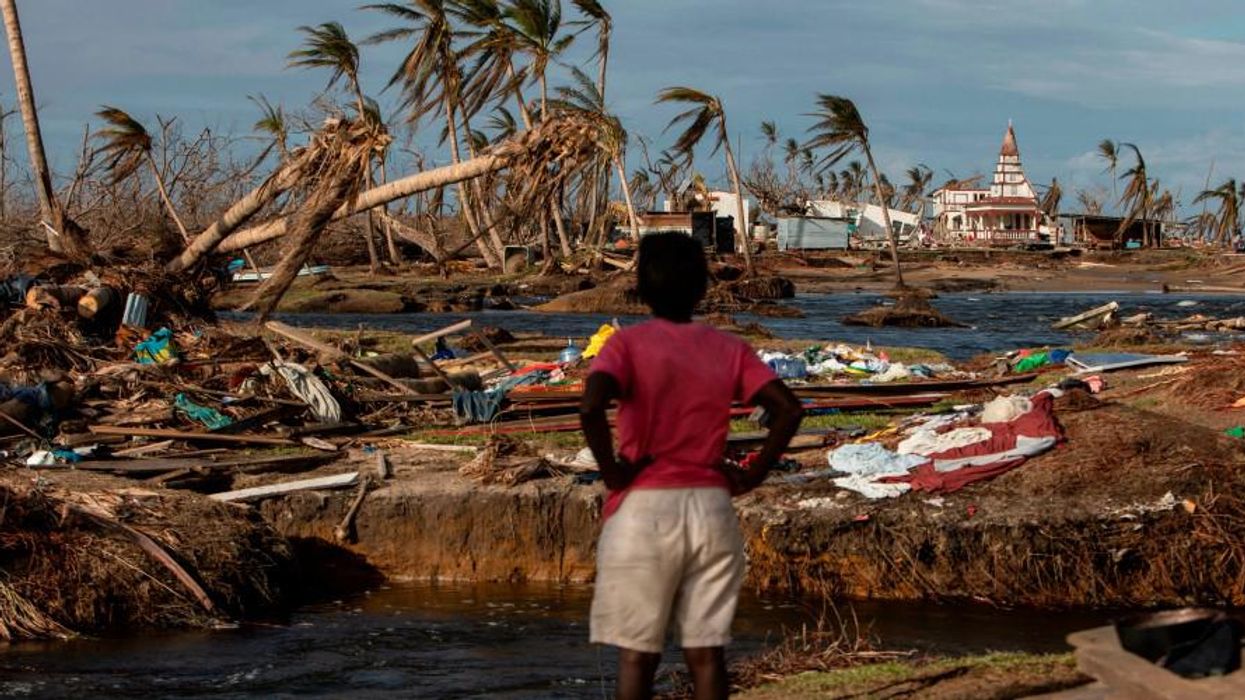 More than 250 scientists and scholars from 30 countries have issued an open letter calling on policymakers to "engage more with the growing risk of societal disruption and collapse due to damage to the climate and environment," arguing that only then "might communities and nations begin to prepare and so reduce its likelihood, speed, severity, harm to the most vulnerable, and to nature."

The letter, a version of which appeared in The Guardian Sunday, comes on the heels of a pair of United Nations reports warning of the dire direction in which the planet is headed. As U.N. Secretary-General António Guterres put it: "The state of the planet is broken. Humanity is waging war on nature. This is suicidal."

This weekend, world leaders will hold the Climate Ambition Summit 2020 to mark the fifth anniversary of the Paris climate agreement. After failing in the years since then to cut greenhouse gas emissions in line with that accord, the letter says, "we must now face the consequences."

While "some armed services already see collapse as an important scenario, requiring planning," the letter notes that "the topic is not well reported in the media, and mostly absent from civil society and politics," even though such collapse "is already the experience or memory of many communities in the Global South."

The U.K. arm of Extinction Rebellion shared pieces of the letter on Twitter with photos of climate activists around the world demanding urgent action:

Denouncing media coverage that "typically cites people who condemn discussion of the topic," the letter says that "ill-informed speculations, such as on foreign misinformation campaigns, or impacts on mental health and motivation, will not support serious discussion. Rather, such claims risk betraying the thousands of activists and community leaders whose anticipation of collapse is part of their motivation to push for change on climate, ecology, and social justice."

People who care about environmental and humanitarian issues should not be discouraged from discussing the risks of societal disruption or collapse. That could risk agendas being driven by people with less commitment to such values.
Some of us believe that a transition to a new form of society may be possible. That will involve bold action to reduce damage to the climate, nature and other people, including preparations for major disruptions to everyday life. We are united in regarding efforts to suppress discussion of collapse as hindering the possibility of that transition.

"We have experienced how emotionally challenging it is to recognize the damage being done, along with the growing threat to our own way of life," the letter concludes. "We also know the great sense of fellowship that can arise. It is time to invite each other into difficult conversations, so we can reduce our complicity in the harm, and be creative to make the best of a turbulent future."

Signatories and supporters of the letter shared it on social media with the hashtag #scholarswarning, offering their summaries of what the letter calls for and detailing why they signed on to it.

"We're saying we must confront the real possibility of climate collapse so that we can do our utmost to avoid it," American climate scientist Peter Kalmus, a signatory to the letter, said in a tweet Sunday. "This is as far from 'doomerism' as you can get."

In a statement, University of Cumbria professor Jem Bendell, another signatory, explained that "we come from dozens of countries and subject disciplines and perceive a resistance by the establishment to serious engagement in adapting to the increasing disruptions to food, water, health, and the economy."

"It is time to listen to the scholarship," Bendell added, "and try to reduce harm from societal disruption and even collapse."