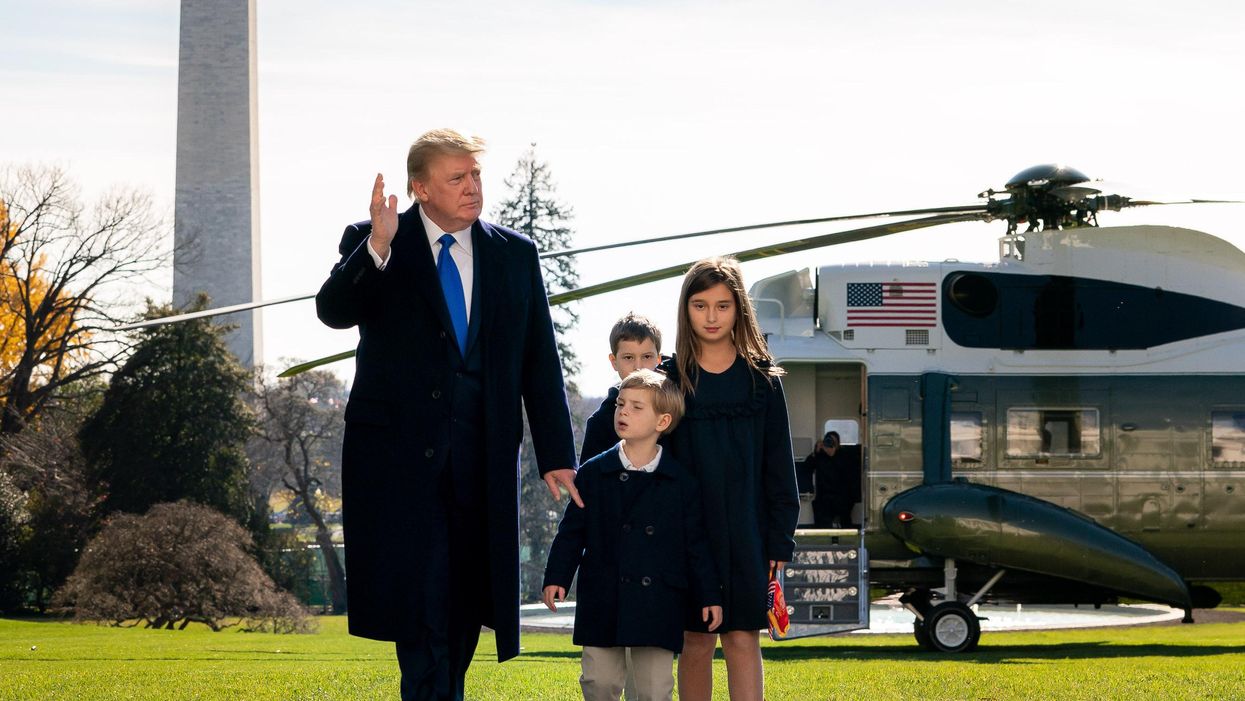 President Donald J. Trump, joined by grandchildren Arabella, Theodore and Joseph Kushner, disembark Marine One on the South Lawn of the White House Sunday, Nov. 29, 2020, returning from Camp David near Thurmont, Md. (Official White House Photo by Tia Dufour)
'Some were audibly coughing': Trump holds yet another superspreader event on his way out
Travis Gettys
and
Raw Story
December 04, 2020

President Donald Trump is ready to hand out pardons left and right, but that get-out-of-jail card carries some possibly insurmountable risks.

The president has compiled a list of about 20 aides, associates and family members -- including Donald Trump Jr., Eric Trump, Ivanka Trump, Jared Kushner and Rudy Giuliani -- he would like to pardon, but he's hesitant to do so, reported Politico.

Trump is worried that a pardon spree would make his inner circle look like a bunch of criminals, according to a person familiar with the discussions.

The pardons would effectively act as an admission of guilt, and some of Trump's advisers are worried they would harm his widely expected 2024 presidential campaign.

The White House didn't comment on Politico's report, but a Republican who speaks to the president and supports his potential 2024 campaign doesn't think a pardon spree would hurt him.

"It's a big deal to Beltway types but not regular Americans," that person said.