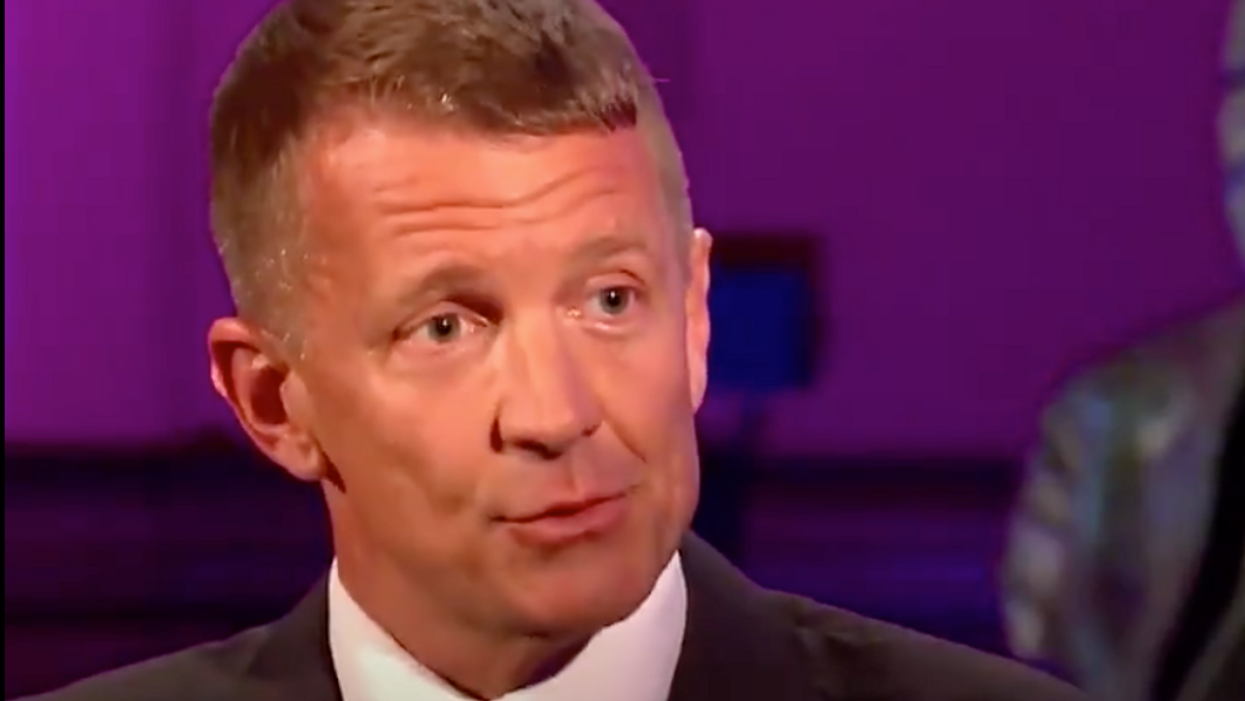 Just as his critics had been predicting, President Donald Trump granted a long list of pardons and commutations this week — from his 2016 campaign manager Paul Manafort to former Rep. Duncan D. Hunter of California to Charles Kushner (father of White House Senior Adviser Jared Kushner) to four former Blackwater security guards. Some of the sharp criticism that Trump has received for the Blackwater pardons has been coming from people in national security or law enforcement, and former FBI special agent Thomas O'Connor slams those pardons in an op-ed published on CNN's website on Christmas Eve Day.

The four security guards, who worked for the private security firm Blackwater during the George W. Bush era, were serving time in prison for their involvement in the slaughter of 17 Iraqi civilians in Baghdad's Nisour Square on September 16, 2007. Former Blackwater CEO Erik Prince is a far-right Trump supporter and the brother of Betsy DeVos, secretary of education in the outgoing Trump Administration.

O'Connor, who spent 23 years as an FBI special agent before retiring in 2019, explains, "I know that these men were undeserving of pardons because I was a member of the FBI evidence response team that traveled to Iraq and investigated the site of these killings."

O'Connor goes on to describe the events that occurred in Baghdad 13 years ago during Bush's second term as president.

"On September 16, 2007, Baghdad, Iraq was a dangerous place," the former FBI special agent recalls. "No one will dispute that fact. On that day, a bombing took place a few miles from a busy traffic circle called Al Nisour Square, which is used by Iraqis to access major roadways across Baghdad. A security detail from the private government contractor Blackwater was protecting a U.S. official attending a meeting at a government building when the bomb was detonated."

O'Connor notes that "the Blackwater Raven 23 defendants claimed that they responded to gunfire aimed at them while stopping traffic in Nisour Square that day." But after an "FBI team made four trips to Iraq to investigate this shooting," O'Connor writes, the evidence "was introduced into several U.S. court hearings.

"A jury heard the evidence and found four Blackwater guards guilty of murder, manslaughter and weapons charges," O'Connor notes. "The system worked, and justice was brought to the deceased, the injured victims and their families. The families of those killed and wounded at Nisour Square will now watch those responsible for this tragedy go free thanks to a pardon by the president of the United States. This simply makes me sad and angry."

O'Connor wraps up his op-ed by emphasizing that the four Blackwater guards were not acting in self-defense in Nisour Square.

"There is no forensic evidence of anyone shooting at the Blackwater team," according to O'Connor. "How do I know? The evidence told me that."