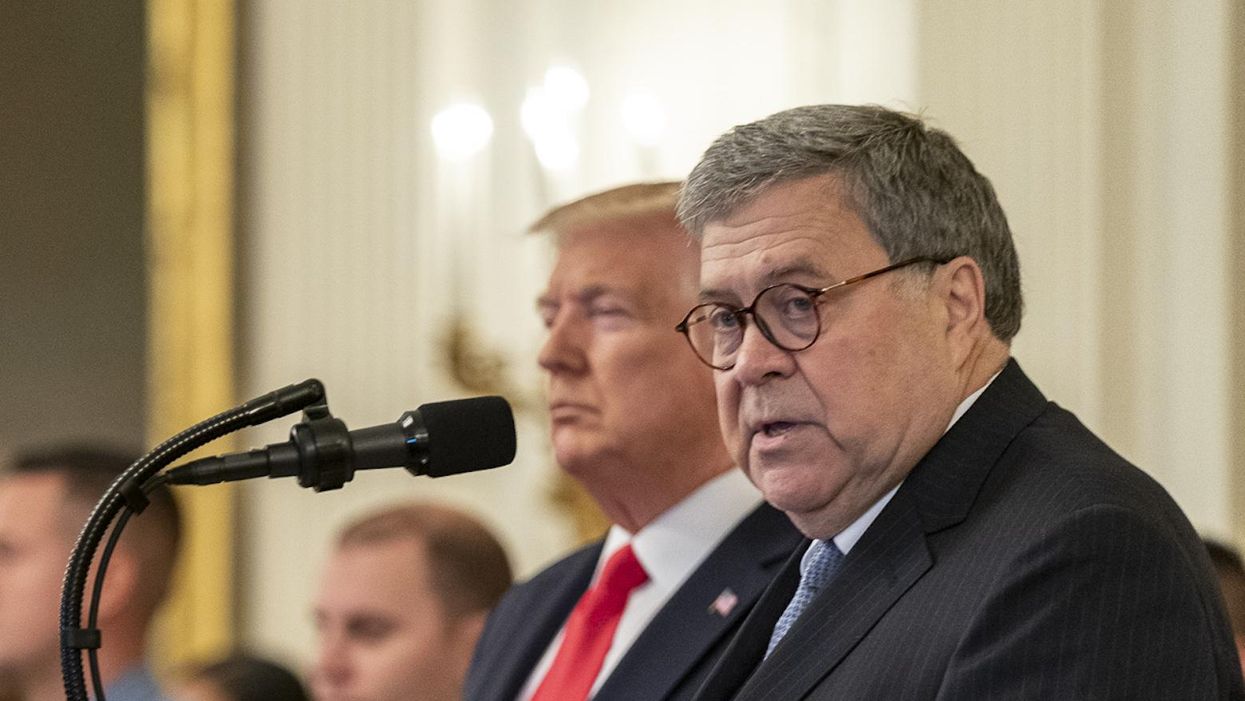 Attorney General Bill Barr blew apart President Donald Trump's insistence that the 2020 election was "rigged" or otherwise stolen from him, a devastating turn from one of his most faithful allies that dramatically undermined a disinformation campaign and clownish coup attempt.

"To date, we have not seen fraud on a scale that could have affected a different outcome in the election," the attorney general told the Associated Press in a rare post-election comment.

This is not for lack of trying. After the election, Barr broke with the tradition of the department to authorize, and indeed urge, U.S. attorneys to investigate allegations of voter fraud. Typically, the federal government holds off on pursuing such cases until after the election results are certified to avoid the perception that it is trying to put a thumb on the scales; state and local prosecutors are capable of investigating and charging election fraud cases without the help of the federal government anyway.

Because of Barr's history as an aggressive defender of the president and his echoing of the Trump's baseless attacks on mail-in voting, many were disturbed by the attorney general's divergence from typical practice and insertion of the Justice Department into the election while votes were still being tallied. And before the election, Barr certainly seemed inclined to believe farfetched conspiracy theories about the election, positing that mail-in voting was vulnerable to mass manipulation by foreign actors, despite the fact that actual experts in election security denied that his claims were plausible.

But precisely because Barr broke with precedent and destroyed his credibility to defend Trump since he was appointed in 2019, his admission that there's no evidence of the widespread voter fraud the president has alleged is all the more impactful.

And while some may read Barr's tepid statement as a modest effort to distance himself from some of the president's most extreme claims, it really does undermine Trump's entire justification for refusing to concede the election thus far and continuing to fight as if he could still be granted a second term. Trump's claim isn't merely that he has suspicions about some votes that need to be looked into. He has repeatedly spread and elevated a wide range of absurd and outlandish claims alleging that he actually won in a landslide (despite losing the popular vote by more than 6 million), that voting machines were systematically rigged against him, and that Biden's victory margin was statistically impossible.

If any or all of these claims were true, there would be substantial evidence of it. This kind of theft just couldn't be hidden. But Trump's own Justice Department has looked into it, helmed by his top defender, and come up empty.

"There's been one assertion that would be systemic fraud and that would be the claim that machines were programmed essentially to skew the election results," Barr told the AP. "And the DHS and DOJ have looked into that, and so far, we haven't seen anything to substantiate that."

That doesn't just mean Trump lacks evidence for his claims. It means his claims are clearly false. It means he has no credible basis for making them, and they shouldn't be taken seriously. They're part of a disinformation campaign designed to spread distrust in democracy, akin to the efforts of foreign autocrats.