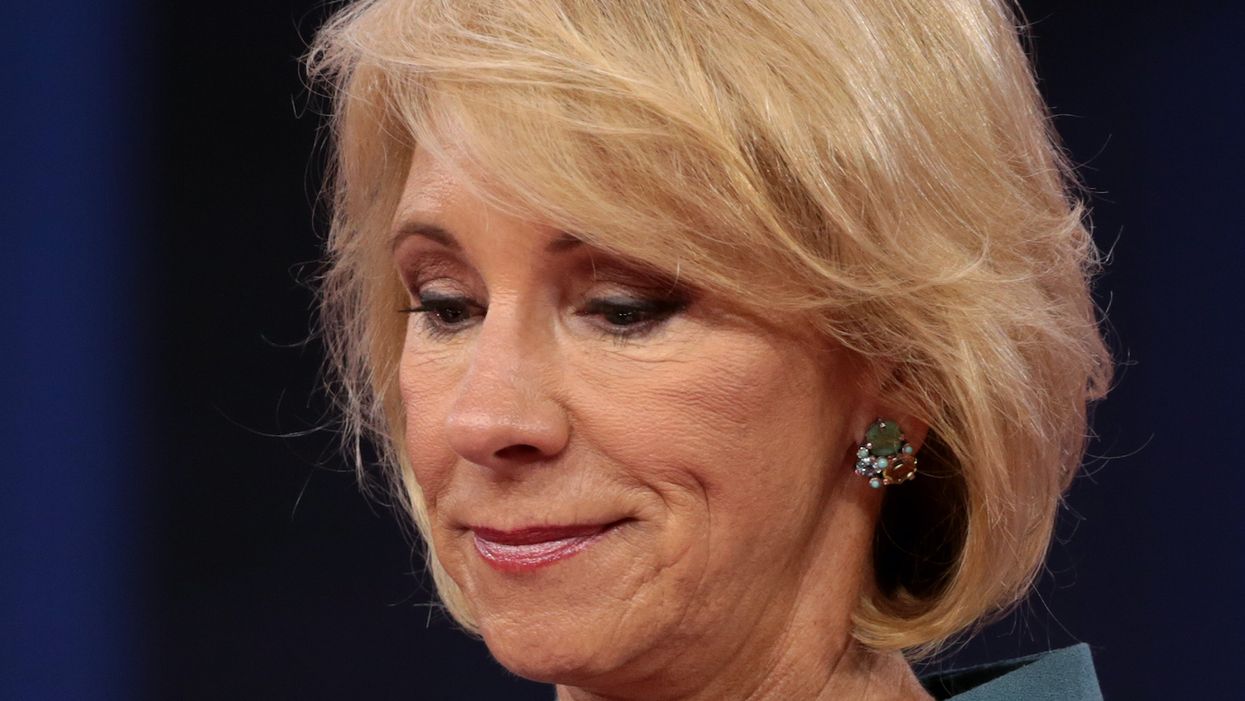 Public education champions are denouncing President Donald Trump's new executive order that enables states to use funds from a federal block grant program to provide vouchers to qualifying households to offset some of the costs of private school tuition, homeschooling, or other educational expenses during the coronavirus pandemic, even as critics say the move is more of a symbolic endorsement of school privatization than a serious attempt to subsidize in-person learning.

Trump's executive order, which he signed on Monday, empowers the secretary of health and human services to "allow funds available through the Community Services Block Grant program to be used by grantees and eligible entities to provide emergency learning scholarships to disadvantaged families for use by any child without access to in-person learning."

The White House spun the executive order as an attempt to provide more flexibility to parents amid what Trump called "the public education system's failure to provide in-person learning options." Trump neglected to mention, however, that his administration has failed to create the conditions for a safe reopening of public schools.

Rather than attacking public schools while pushing for privatized alternatives—as critics say the Trump administration has done—President-elect Joe Biden "has vowed to reopen most schools in the first 100 days of his administration by providing more funding for school districts to implement coronavirus safety measures, such as better ventilation and more socially distanced classrooms," Politico reported. "His team is also weighing a multibillion dollar plan to test students, teachers, and staff at least once a week."

Trump's executive order declares that "the emergency conditions created by Covid-19 make it vital to use federal funds for vouchers," Ravitch wrote, adding that DeVos "will use her last days in office to throw money out the door to fund vouchers for private and religious schools."

Education Week reporter Andrew Ujifusa, however, said Monday that he would "pump the brakes before assuming this executive order delivers a major (or any) K-12 choice boost." As Ujifusa put it, "The Trump administration tried but failed to get a school choice expansion into the Covid relief package."

Noting that he is unsure whether "Trump can do this through an executive order" because the Community Services Block Grant program "doesn't provide direct grants to individuals," Ujifusa called the president's move a "last-ditch gesture."

Ujifusa's assessment of Trump's executive order, which the reporter considers largely toothless, was shared by Derek Black, an education and constitutional law professor at the University of South Carolina.

Black, who specializes in educational equity and school funding for disadvantaged students, said Monday that Trump's effort to divert "block grant money for private school vouchers" is an "apparent last-ditch effort to claim victory in DeVos' war on public education."

Another critic of Trump's executive order was Randi Weingarten, president of the American Federation of Teachers (AFT), who observed Monday that the measure is "only for private schools." Pointing out that "90% of parents send their kids to public schools," Weingarten posed a series of critical questions: "Why does the Republican Party only want to help parents who send kids to private schools? Why not help with this kind of community grant for all parents? Why not open up more funding for them?"

Weingarten noted that when federal funds in the Community Services Block Grant program, which has an annual budget of roughly $700 million, were aimed at combating poverty, Trump was opposed to assisting low-income Americans, opting instead for massive cuts to discretionary spending.

Now, less than a month before leaving office, the president wants to use public money "to help kids get to private school," Weingarten said. "Why not just help any poor kids use [subsidies] for connectivity [and] for tutoring?" she asked, suggesting that federal block grants could be used to supplement the funding allocated to public schools in the coronavirus aid package.

"Trump fought against funding for public education for months, then does this as he begrudgingly signs [the] Covid relief bill," Weingarten concluded.

Calling Trump's move the "last gasp [of the] privatization agenda" pushed by the president and DeVos, Leonie Haimson—executive director of Class Size Matters and board member of the Network for Public Education—said Tuesday that the executive order "could be immediately reversed" next month by Biden.