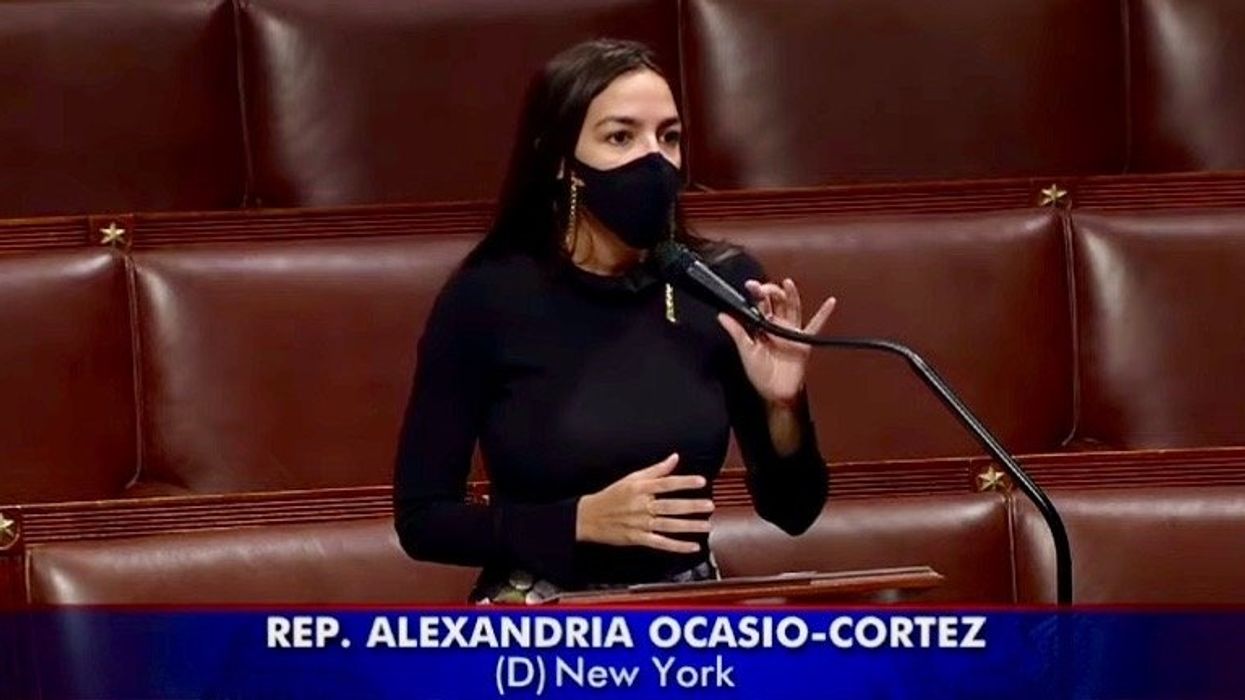 The quarterly hearing before the House Financial Services Committee is mandated under the Coronavirus Aid, Relief, and Economic Security Act, also known as the CARES Act, which was passed by Congress and signed into law by President Donald Trump in March.

The pandemic stimulus bill provided most Americans with one-time $1,200 payments, while corporations and wealthy individuals were handed more than half a trillion dollars.

At the hearing, Ocasio-Cortez (D-N.Y.) urged Mnuchin to prevent some of the $450 billion in authorized CARES Act relief from reverting to the Treasury Department at the end of the year when the designated loan distribution period expires.

Mnuchin has indicated that he will return approximately $175 billion, even as unemployment and other economic hardship caused by the ongoing coronavirus pandemic persist.

"We are in such a desperate position given the unfortunate gridlock" in Congress, Ocasio-Cortez told Mnuchin. "We're all aligned in interest in trying to figure out where we can explore maximum flexibility as offered by the statute."

The freshman Squad member then pressed Mnuchin on the re-allocation of unused CARES Act funds.

Wednesday's hearing came as Congress struggled to reach a deal on a new pandemic relief bill. On Wednesday, Senate Minority Leader Chuck Schumer (D-N.Y.) and House Speaker Nancy Pelosi (D-Calif.) insisted that a bipartisan $908 billion proposal should be the starting point for any stimulus measure—a figure that Senate Majority Leader Mitch McConnell (R-Ky.) has rejected in favor of $500 billion in what he calls "targeted relief."

McConnell on Tuesday was accused of "economic sabotage" and of favoring corporations and the wealthy over people who desperately need relief.

"Leave it to Mitch McConnell and [President] Donald Trump to propose a bill that creates tax write-offs for fancy lunches and gives the middle finger to working families and 20 million unemployed Americans," said Rep. Don Beyer (D-Va.). "This is not a serious proposal, it is a slap in the face to people who need help."

Some progressive lawmakers also rejected the $908 billion proposal, with Rep. Rashida Tlaib (D-Mich.) blasting the bill as out of touch with the needs of everyday Americans. Tlaib especially objected to the exclusion of stimulus checks in the bill, which she said "shows the disconnect of the Senate with people on the ground."