'From the bottom of my heart': Angela Merkel delivers a powerful speech on the importance of COVID safety 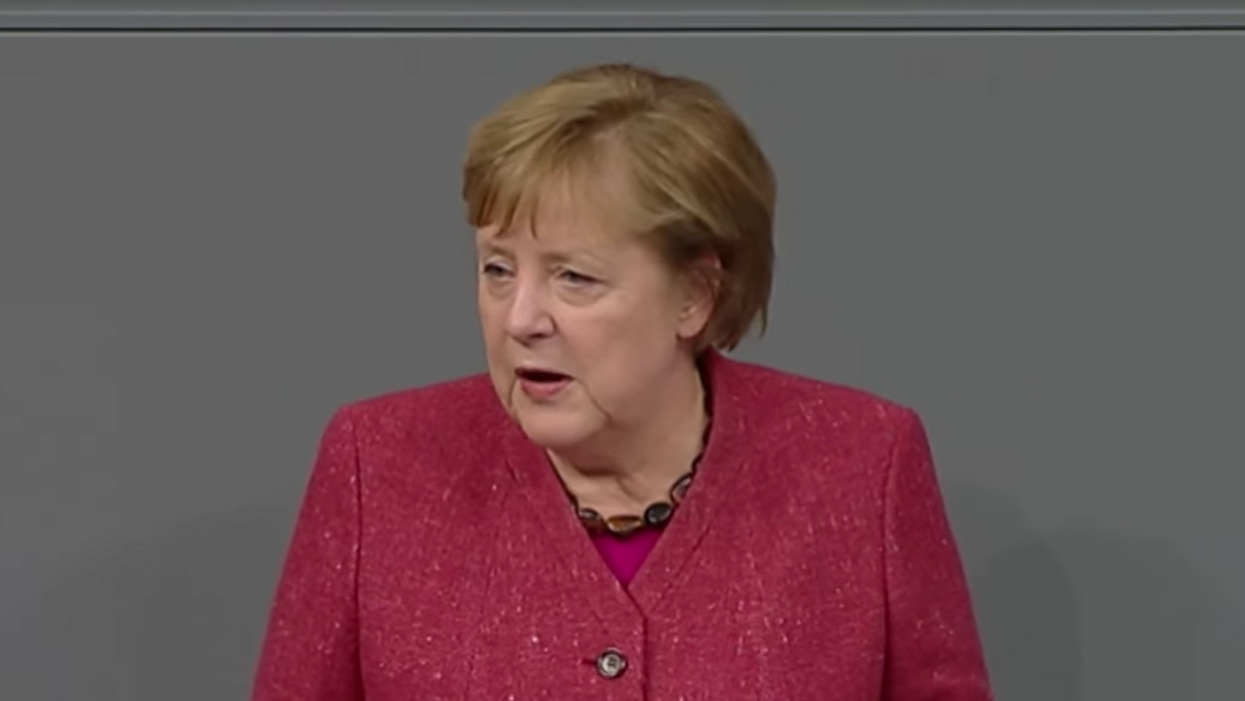 Germans — like Americans, Brazilians, Spaniards and millions of others around the world — have been suffering from major coronavirus fatigue as the number of COVID-19 infections increases in many countries. German Chancellor Angela Merkel feels their pain, but in a passionate speech this week, she stressed that Germans must be willing to embrace social distancing this Christmas season if that's what it takes to save lives in her country.

Merkel, during a speech, warned of the dangers of eating and drinking in public, saying, "As hard as it is — and I know how much love has gone into setting up the mulled wine stands and waffle stalls — this is not compatible with the agreement we made to only take food away to eat at home. I'm sorry — I really am sorry from the bottom of my heart — but if the price we pay is 590 deaths a day, then that is unacceptable, in my view."

Merkel's comments drew a round of applause, and the German chancellor continued her speech — noting that "scientists are practically begging us to reduce our contacts for a week before we see Grandma and Grandpa, grandparents and older people at Christmas."

In Germany, the current coronavirus outbreak has plateaued at around 18,000 new infections detected per day, according to Worldometer. Deaths from the virus, which are spiking in the last week, are at an average of 400 per day.

Merkel added, "I only want to say: if we have too many contacts now in the run-up to Christmas — and it ends up being the last Christmas with our grandparents — then we will have done something wrong. We should not let this happen."

Merkel's speech, which was in German, has been posted on Twitter with English subtitles. It was a stark contrast with the leadership of the U.S. federal government. Here are some reactions from English speakers: