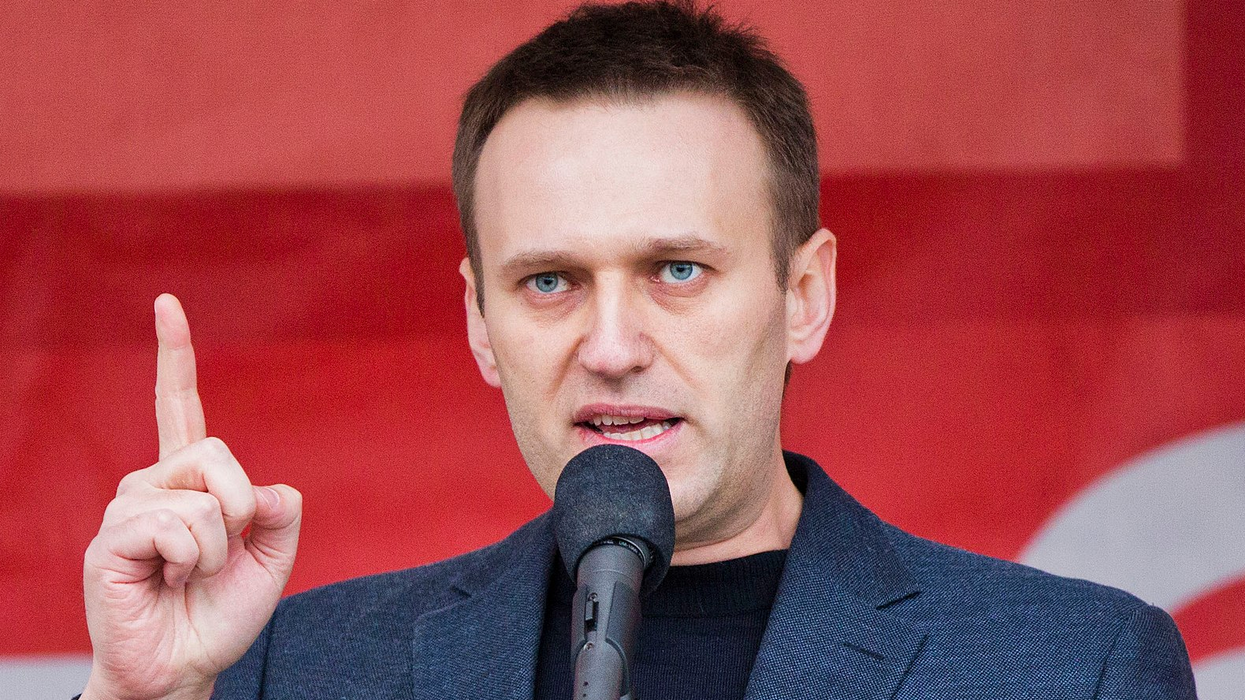 Konstantin Kudryavtsev was among the Russian agents hired to tail Alexei Navalny, the Russian opposition leader who was poisoned in August but survived. And Navalny, according to CNN, tricked Kudryavtsev into revealing some details about the plot against him.

"A stunning disclosure from an agent who belonged to an elite toxins team in Russia's FSB security service came in a lengthy phone call following the unmasking of the unit by CNN and the online investigative outfit Bellingcat last week," CNN reporters Tim Lister, Clarissa Ward and Sebastian Shukla explain in an article published on December 21. "In what he was told was a debriefing, Konstantin Kudryavtsev also talked about others involved in the poisoning in the Siberian city of Tomsk, and how he was sent to clean things up."

Although Kudryavtsev thought he was talking to an agent for Russia's National Security Council, he was actually talking to Navalny — who was poisoned by the nerve agent novichok and almost died. Navalny has been a persistent critic of Russian President Vladimir Putin, who recently confirmed that Russian agents had been tailing Navalny but indicated that the agents wanted to stop short of killing him. Putin said that if Russian agents actually wanted Navalny dead, "they would've probably finished it."

"The Bellingcat-CNN investigation found that the FSB toxins team of about six to 10 agents trailed Navalny for more than three years," Lister, Ward and Shukla report. "After identifying most of the team, CNN and Bellingcat tried to contact them and their superiors."

Navalny, according to CNN, conducted a "sting operation," posing as an FSB agent who was "carrying out an analysis of the poisoning operation" — and his "phone number was disguised as that of the headquarters of the FSB." The opposition leader has been recovering from the poisoning in a secret location somewhere in Germany.

"After Kudryavtsev confirmed his identity, Navalny said he'd been tasked with getting 'a brief understanding from the team members: what went wrong, why was there a complete failure in Tomsk with Navalny?' Kudryavtsev's responses in the 45-minute call provide the first direct evidence of the unit's involvement in poisoning Navalny…. Most dramatically, Kudryavtsev provided a detailed account of how the nerve agent was applied to a pair of Navalny's underpants."

The reporters note that "toxicologists consulted by CNN say that if applied in granular form to clothes, the novichok would be absorbed through the skin when the victim begins to sweat" and add, "It appears the assailants used a solid form of the nerve agent, rather than a liquid or gel as had previously been detected in the attack against former double agent Sergei Skripal in the United Kingdom."

EXCLUSIVE: A Russian officer is duped into telling Alexey Navalny how he was poisoned: through his underpants… https://t.co/1XnJLSjnBS
— CNN International (@CNN International)1608556279.0