COVID-19’s impact on hospitals is 'far worse than we ever imagined': anesthesiologist 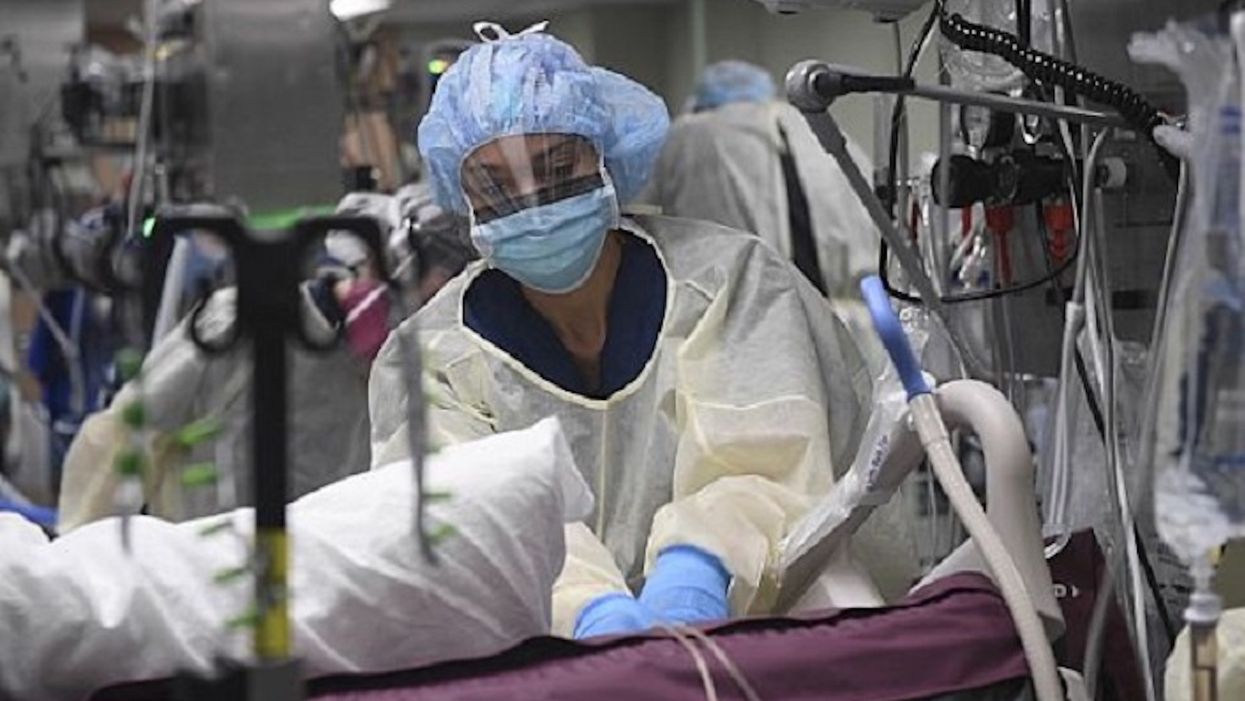 A common Trumpian talking point is that the mainstream media are exaggerating the effects of COVID-19. But according to Dr. Kasey Grewe, a Los Angeles-based anesthesiologist who now works at UCLA Health, the coronavirus pandemic's effects on hospitals in the United States isn't as bad as what the mainstream media have been reporting — it's even worse.

Grewe, in an article published by The Atlantic on December 6, explains, "You likely know that the number of patients hospitalized with COVID-19 is surging across the country, but headlines from distant states do not capture the horror of a hospital without enough intensive-care beds. I was an anesthesiology resident in a large academic medical center at the peak of the pandemic in New York City this spring."

The anesthesiologist recalls that earlier this year, she "wrote regular e-mail updates to friends and family" describing what she saw first-hand in New York City — and those e-mails, Grewe says, "showcase the frightening reality of what care looks like in an overwhelmed hospital."

According to Grewe, "The e-mails relate the experiences of health-care workers, and young doctors in particular: the anxiety, the fear, the overwhelming responsibility, and the ethical burden of hard decisions. Even after the pandemic is over, the weight of these experiences will remain with us for a lifetime."

Grewe goes on to quote her own e-mails from March and April. On March 26, she wrote, "My co-residents and I first noticed that things were changing when the pager started to go off every few hours, and then every hour. When the hospital ran out of ICU beds, my department swiftly converted our operating rooms into a giant ICU. A co-resident and I spent Tuesday pushing beds and anesthesia machines around to plan how to fit up to four beds in an operating room."

Grewe, on March 26, added, "On Tuesday night, one of my co-residents did 17 emergency intubations. Upon running to respond to yet another intubation page, she was horrified to see that the patient was one of our supervising physicians. Today, one of our surgeons was intubated. Off duty in my Upper West Side apartment, I hear an ambulance go by every 10 minutes. It's hard to sleep."

On April 8, Grewe wrote, "It is truly a scene from a science-fiction movie….. My team is responsible for the care of 12 ventilated patients. Of the 12, six are age 50 or under. Most are showing no signs of progress. One is a relatively young person who has been intubated for more than 10 days. We became optimistic that this patient, who had been breathing well with little support from the ventilator, could be disconnected from the machine. On Monday morning, we removed the breathing tube, but the patient quickly deteriorated, and we had to re-intubate."

Grewe, in her April 8 e-mail, described, in elaborate detail, how overwhelmed that New York City hospital was.

The anesthesiologist wrote, "My lesson so far is that this disease, for the subset of patients who become critically ill to the point of requiring mechanical ventilation, is far worse than we ever imagined. It is certainly not pure respiratory failure. At the moment, we still have enough ventilators, but more and more, I feel that this won't save us. Our patients' kidneys are failing, they remain febrile for weeks with no bacterial infection, they form blood clots in all their lines and likely their pulmonary vasculature — and, most strikingly, even the ones who look entirely ready to breathe on their own often fail when we remove mechanical support. The public conception that one ventilator means one life saved is evidently false."

In an April 22 e-mail, Grewe wrote, "I've been really shaken by the emergency intubations this week. The patients have been terrified. By the time I'm called, they are gasping for air. Because no visitors are allowed, they are alone. These encounters are emergencies and can be chaotic. We are all wearing PPE, so they can't see our faces…. Looking down at them as they go to sleep, I'm the last person they see. And for the ones who don't survive, I will have been the only one to hear — or rather, not hear — their last words."

E-mails that Grewe sent eight or nine months ago, she says, "form a chronicle of what COVID-19 has already done in America and a reminder of what it could do again this winter."

According to Johns Hopkins University in Baltimore, the COVID-19 pandemic has killed more than 1.5 million people worldwide (as of Monday, December 7) and over 282,000 people in the United States — which has the highest COVID-19 death count in the world. Many medical experts fear that in the U.S., the pandemic is entering its deadliest phase yet.