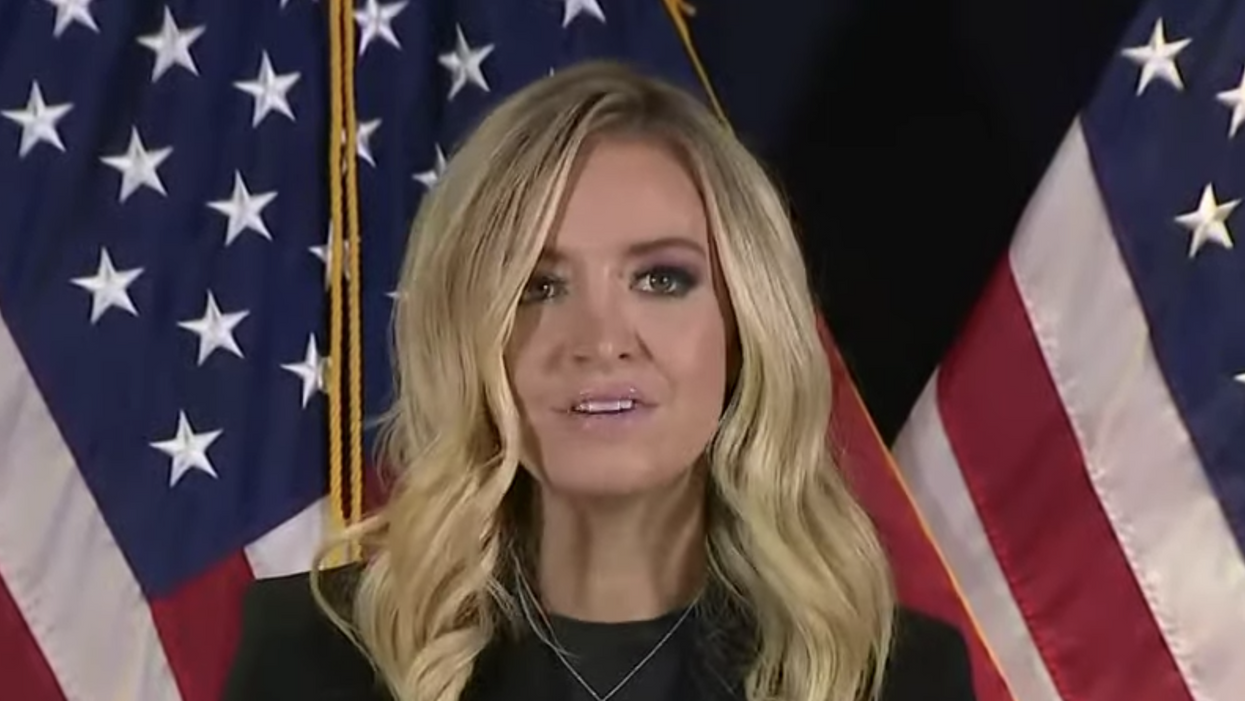 Fox News host Neil Cavuto abruptly cut away from a press conference held by White House Press Secretary Kayleigh McEnany, along with Republican National Committee Chair Ronna McDaniel, on Monday. Cavuto warned that McEnany's attacks on Democrats and accusations that they tried to rig the 2020 election were completely baseless.

She accused Democrats of opposing basic safeguards that verify voter eligibility, even though every jurisdiction in the United States verifies that voters are authorized to cast a ballot before it is accepted into the final tally. She also said the Democrats are trying to keep observers "out of the count room," even though Democratic and Republican observers have been allowed in election offices across the country.

"You don't take these positions because you want an honest election," she said, gratuitously and maliciously trying to smear and discredit the party that has defeated her boss, President Donald Trump, in the race for the White House. (An open question in the outrageous performance is why McEnany, a White House staffer, was engaged in this performance on behalf of the Trump campaign.) "You take these positions because you are welcoming fraud, and you are welcoming illegal voting."

The truth is, of course, that U.S. elections are highly robust against attempts to try to defraud the system, but Trump and his allies are refusing to accept the results in an attempt to delegitimize President-elect Joe Biden's win.

"Whoa! Whoa! Whoa!" said Cavuto, cutting into the feed of her speech on Fox News. "I just think we need to be very clear. She's charging that the other side is welcoming fraud and welcoming illegal voting. Unless she has more details to back that up, I can't in good [conscience] continue showing you this. I want to make sure that, maybe they do have something to back this up. But that's an explosive charge to make, that the other side is effectively rigging and cheating. If she does bring proof of that, of course, we'll take you back."