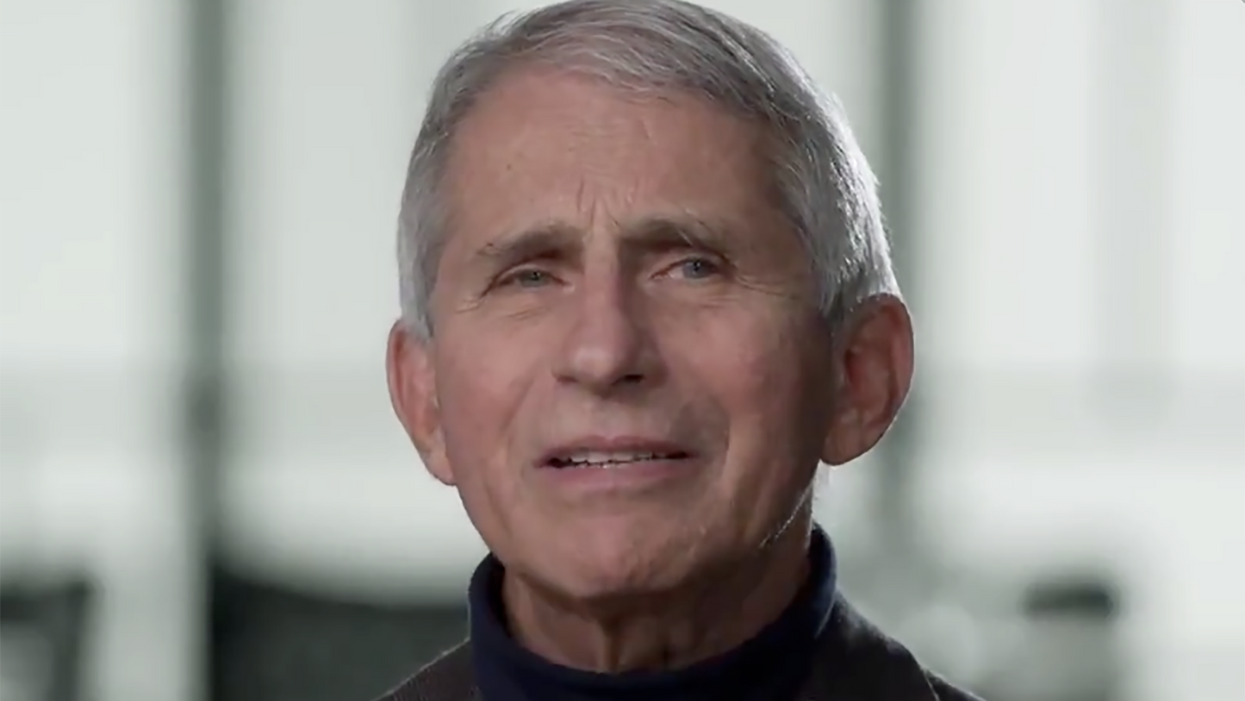 As the novel coronavirus has continued to slam the nation, Dr. Anthony Fauci, leading infectious disease expert and member of the Coronavirus Task Force, has been put into difficult position after a difficult position. As Daily Kos covered, Fauci recently had to clarify that a Trump reelection campaign ad not only used reportedly edited clips that were taken out of context, but according to Fauci, the campaign actually ran the ad without his authorization. We also heard from host Jon Karl on ABC's This Week in early October, who said he tried to get interviews for a Sunday show lineup with Fauci, or anyone from the task force, and wasn't able to, describing the situation on Twitter as a "muzzle."

More recently, on Saturday evening, The Washington Post published a major interview with Fauci. What about? The COVID-19 pandemic. And a spokesperson for the White House is already slamming the nation's leading infectious disease specialist. Let's break down some highlights below.

How is the U.S. looking when it comes to the next couple of months of the pandemic? Unfortunately—but unsurprisingly—not too good. "All the stars are aligned in the wrong place as you go into the fall and winter season, with people congregating at home indoors," Fauci told the outlet. "You could not possibly be positioned more poorly."

Fauci was direct in saying that Democratic presidential candidate and former Vice President Joe Biden's campaign "is taking it seriously from a public health perspective." According to Fauci, Trump's campaign, on the other hand, is using the perspective of "the economy and reopening the country." Which is a polite way of putting it.

Fauci also discussed White House Chief of Staff Mark Meadows' recent appearance on CNN's State of the Union with host Jake Tapper, also covered by Daily Kos, where Meadows admitted the administration is "not going to control the pandemic." About Meadows, Fauci told the Post, "He is straightforward in telling you what's on his mind. I commend him for that."

Meanwhile, of course, Trump has flouted state and local public health regulations, made head-scratching promises about vaccines, and held more rallies leading up to Election Day. In a move that truly feels like Opposite Day, at the end of October, the White House essentially declared victory over the pandemic in a statement celebrating Trump's accomplishments.

Speaking of things in the White House, if you think you've seen a whole lot less of Fauci and Dr. Deborah Birx, who is also on the task force, you're probably right. Both figures have seriously dimmed their public spotlights. Who hasn't? Dr. Scott Atlas—and Fauci expressed his thoughts on Atlas as well.

"All of a sudden, they didn't like what the message was because it wasn't what they wanted to do anymore," Fauci told the paper. "They needed to have a medical message that was essentially consistent with what they were saying."

In reference to Atlas, Fauci told the newspaper: "I have real problems with that guy." He continued that Atlas is "a smart guy who's talking about things that I believe he doesn't have any real insight or knowledge or experience in. He keeps talking about things that when you dissect it out and parse it out, it doesn't make any sense." You might remember Atlas from late summer, when he made headlines for pushing what was essentially a herd immunity theory to handle the pandemic.

In a statement to the Post, White House spokesperson Judd Deere said it is "unacceptable and breaking with all norms for Dr. Fauci, a senior member of the President's Coronavirus Task Force and someone who has praised President Trump's actions throughout this pandemic, to choose three days before an election to play politics." Fauci has been decidedly apolitical and has served under both Democrat and Republican administrations. In fact, this apolitical norm for him is part of what made the unauthorized Trump reelection campaign ad featuring his words such a shock.

Deere continued in the statement: "As a member of the Task Force, Dr. Fauci has a duty to express concerns or push for a change in strategy, but he's not done that, instead choosing to criticize the president in the media and make his political leanings known by praising the president's opponent — exactly what the American people have come to expect from The Swamp."

If there's one constant from the Trump administration, it's The Swamp rhetoric. You can check out the full interview with the Post here.