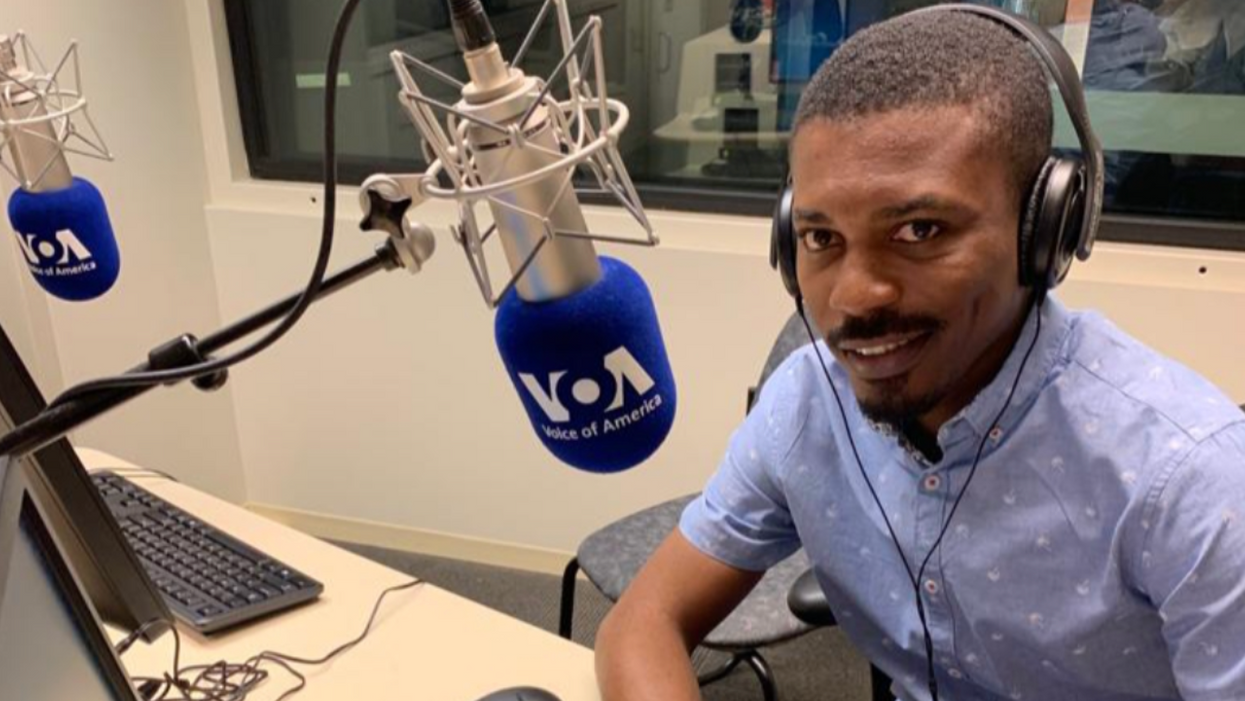 Clemento Suarez at the Voice of America studios in November 2019
Julia Conley
and
Common Dreams
November 22, 2020

President Donald Trump's appointed head of the U.S. Agency for Global Media is barred from making any further editorial or personnel decisions following a series of injunctions issued by a federal court late Friday, in what journalists called a major rebuke of the Trump administration's attempt to reshape government-funded news broadcasters.

In Washington, D.C., Chief U.S. District Judge Beryl A. Howell ruled in favor of five USAGM executives who were fired or suspended in August at the direction of CEO Michael Pack, who took the helm of the agency in June and promptly dismissed several career officials in what was called a "Wednesday night massacre."

Current and former USAGM employees applauded the ruling, with chief strategy officer Shawn Powers tweeting that Pack "has repeatedly and intentionally violated the First Amendment rights" of journalists at the agency.

This is a significant decision... and a stinging rebuke of @usagmceo Michael Pack. He is now precluded from interf… https://t.co/WnbHwaDC9B
— Steve Capus (@Steve Capus)1605928594.0

The five former employees sued to stop Pack, a close associate of former White House adviser and Breitbart News executive Steve Bannon, from interfering in the editorial affairs of Voice of America (VOA), Radio Free Asia, and other broadcasters which operate under the USAGM.

The lawsuit was filed after Pack opened an investigation into VOA's chief White House reporter, Steve Herman, over unspecified concerns that he displayed an anti-Trump bias. The plaintiffs and many other critics inside and outside of the agency said Pack violated the "firewall" between political appointees and the broadcasters' newsrooms which is meant to keep the organizations from becoming mouthpieces for the White House.

Progressive critics have long considered VOA a vehicle for U.S. government propaganda overseas, promoting American-friendly coverage of world events. However, the overt takeover by a Trump loyalist has raised alarm since June.

A month after being confirmed by the U.S. Senate in a party-line vote to run the agency, the USAGM announced it would not renew visas for foreign journalists, potentially sending dozens of reporters who have worked for VOA and other broadcasters for years, back to countries where they could be persecuted. The decision was attributed by many critics to the Trump administration's "xenophobia."

Under Howell's order, Pack will no longer be able to make personnel decisions for the remainder of his tenure, which is set to end in January when President-elect Joe Biden takes office. He also will not be permitted to communicate directly with editorial teams or investigate editors or their news stories.

Howell said Pack's investigation of Herman imposed "an unconstitutional prior restraint not just on Herman's speech, but on the speech of [Herman's editors] and journalists at VOA."

This is a tremendous rebuke to the five month record of Michael Pack at USAGM over VOA et al -- the investigations,… https://t.co/4ZUbELUl9v
— David Folkenflik (@David Folkenflik)1605927104.0