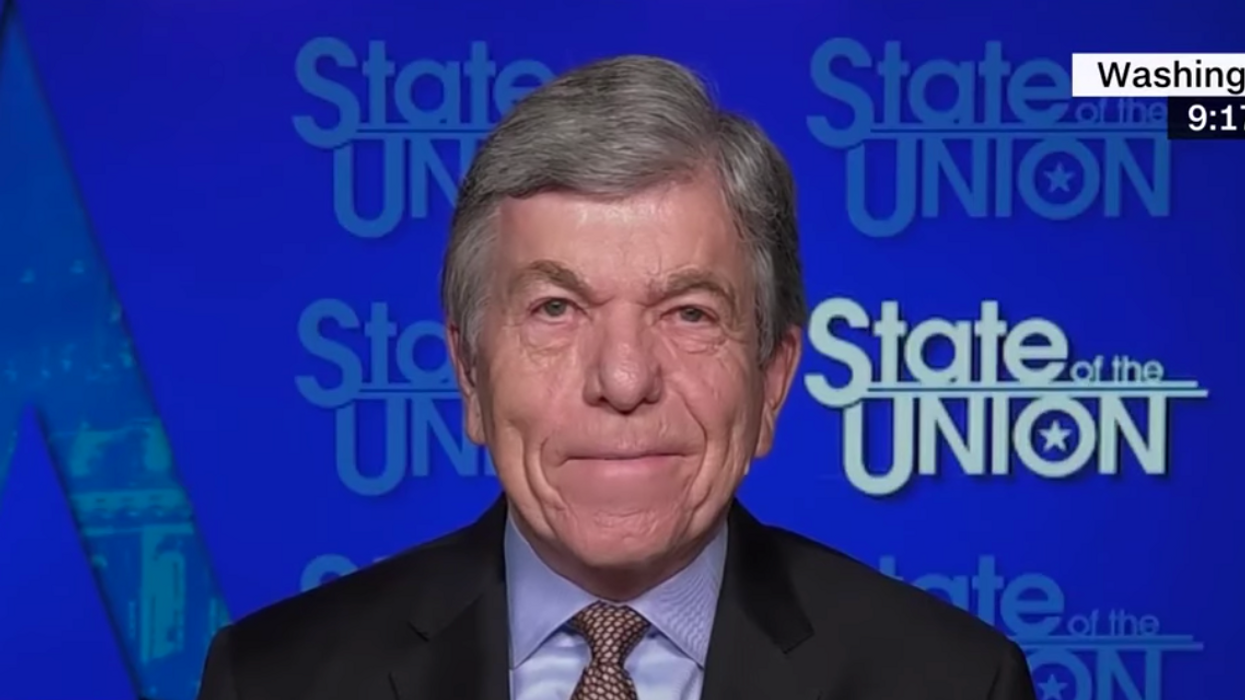 During a long interview with Missouri Sen. Roy Blunt, CNN host Dana Bash was forced to cut off the Republican when he cast doubt on the 2020 election results to point out there are no credible reports of massive election fraud.

Discussing Donald Trump's lawyer's attempts to get thrown out, the topic turned to Georgia and the vote recount that still showed former Vice President Joe Biden pulled off an upset in the state.

"Do you, Roy Blunt, as not just the former secretary of state of Missouri, as the [Senate] Rules chairman, you have a bird's eye oversight view of the elections, do you think it was rigged? Yes or no?" the State of the Union host pressed.

"I don't think it was rigged but I do think there was some things that were done that shouldn't have been done and I think there was some element of voter fraud as there is in every election but I don't have any reason to believe that the numbers are there that would have made that difference," he replied.

"I do wish in Pennsylvania — when they were opening all of those ballots, they would have let people see that they were checking the signatures. When you send ballots out to people that you don't know if they are still there or not and they come back and you don't check the signatures that is a huge problem but I don't think we have demonstrated it's a size of a problem that would change the result, " he added as Bash attempted to speak over him and then cut him off.

"Okay, senator, just to put a button on that, there is no evidence that people didn't see signatures," Bash lectured. "In fact, the state supreme court and now federal court have both thrown out the notion — that that didn't happen."