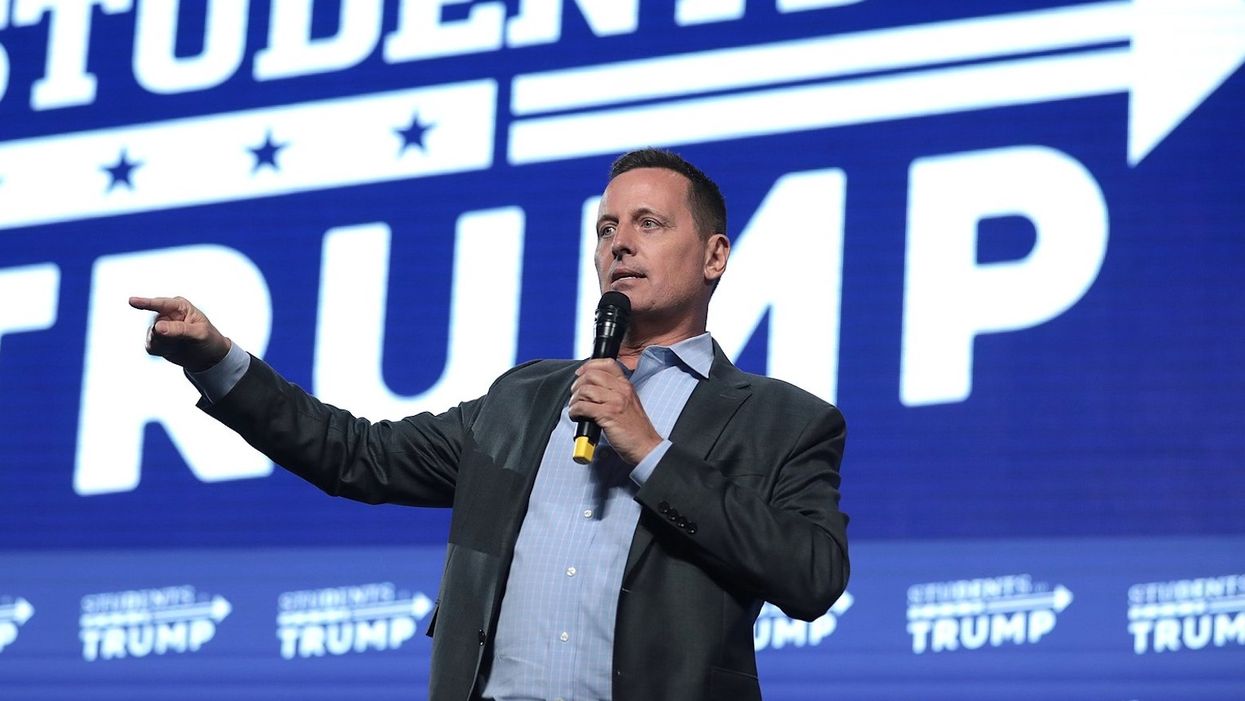 Richard Grenell, President Donald Trump's former Acting Director of National Intelligence, is under fire after posting a 2019 photo of Joe Biden and attacking him as "phony" for not wearing a mask. Since the photo was celarly taken months before the coronavirus was even discovered, Grenell is getting slammed on social media, but refuses to apologize or taken the tweet down.

After countless Twitter users reported the photo Twitter on Monday afternoon – almost 24 hours after it had been posted – finally slapped a "manipulated media" warning label on it, but it was too late. The image has already received nearly 40,000 likes and 21,000 retweets and quote tweets. PolitiFact rated Grenell's tweet as "False." If Grenell's intent was to damage Biden it backfired as mainstream media outlets reported on the false tweet.

Grenell is doubling down, now attacking Biden for not wearing a mask while delivering a speech outdoors when there was no one near him.

On social media Grenell is getting dragged. Here's what some are saying: