Watch: A distraught Trump supporter tells Rush Limbaugh says he 'will die for my president' 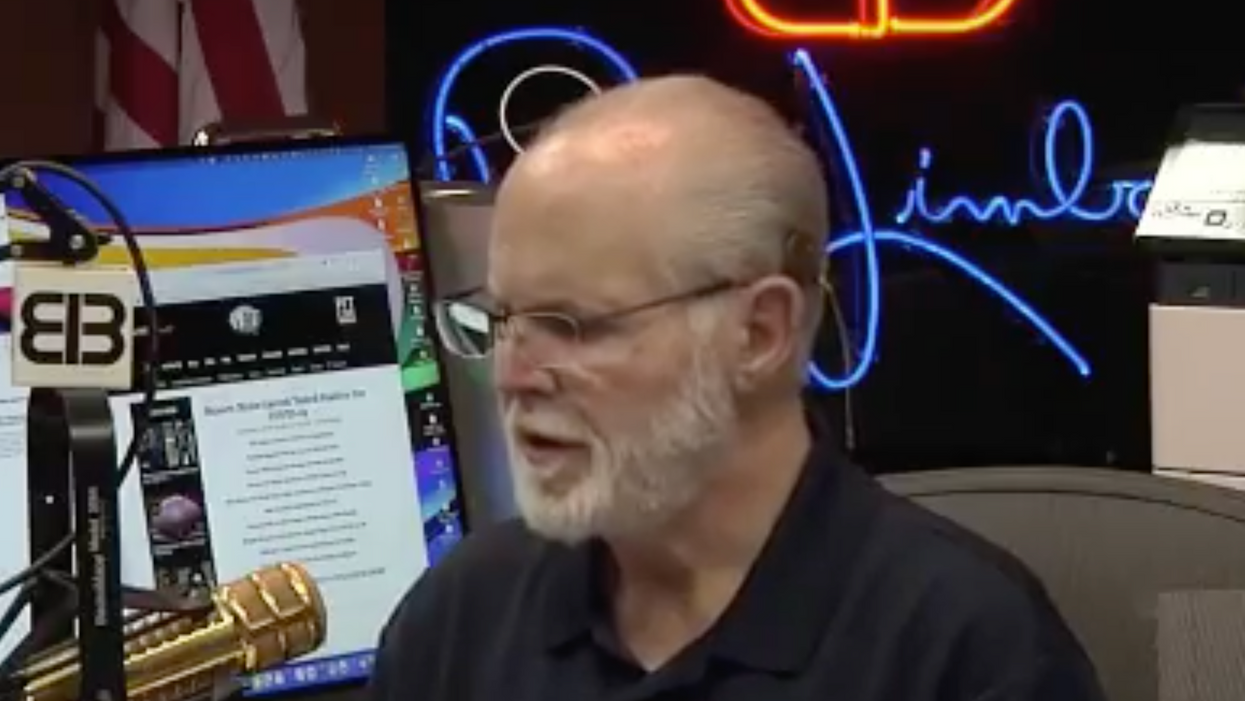 Although President Donald Trump has been decisively voted out office — President-elect Joe Biden won 306 electoral votes and is ahead of him by at least 5.8 million in the popular vote — he still has plenty of unwavering devotees. Many Trump critics have described his MAGA base as cult-like, and a Trump supporter who called Rush Limbaugh's radio show this week certainly fits that description. The male caller, who was deeply upset over the election results, declared that he would be willing to die for the president.

Sounding like he was almost in tears, the caller argued that Republicans aren't doing enough for Trump in Georgia — which Biden won, according to the original vote count as well a statewide audit of the ballots. The caller told Limbaugh, "Trump and you are all we have left, Rush…. We have a Republican-controlled state, and they won't do an audit of the vote. They won't. They just basically told every Georgian that they don't care."

A caller who is near tears, distraught over election results, tells Rush Limbaugh that he's willing to die for Trump https://t.co/huVu0qfcgt
— John Whitehouse (@John Whitehouse)1605895417.0

The caller went on to say that he attended a large MAGA event in Washington, D.C. recently and was dismayed to see that there were "no Republicans" there. Limbaugh asked him to clarify, saying, "You mean, no elected Republicans? Is that what you mean?" And the caller responded, "Yes, I do. Our party 'leadership,' quote unquote. If this were a Democrat rally, they would all be there."

The caller grew even more emotional when he added, "No one stands for us, Rush. Only you and Donald Trump. God forbid, what do we have left? I love my president. I am not a revolutionary, Rush. But I will die for my president. This man has given more to this country than anybody, and he has no need to. None. He's a billionaire. He doesn't need this."

@existentialfish Sounds like someone is realizing they've been played all along. The heartbreak is palpable.
— coolD 🇺🇸🇺🇸🇺🇸 (@coolD 🇺🇸🇺🇸🇺🇸)1605895617.0

@existentialfish Am I a bad person for not being the least bit bothered by his obviously sincere angst?
— Harrison Lansing (@Harrison Lansing)1605895673.0

@existentialfish These people are being radicalized and don’t even see it.
— Barbara (@Barbara)1605895723.0

@existentialfish I think the most delusional part here is him believing Trump is a billionaire
— Jimmy Peptide (@Jimmy Peptide)1605895901.0

@existentialfish A quarter of a million people have already died *because* of Trump. I'm assuming some portion of t… https://t.co/ADfvZtUf27
— Windhorse (@Windhorse)1605896341.0

@existentialfish What is interesting is his anger at the Republican Party. Establishment Republicans who enabled T… https://t.co/lZPbB4ixEO
— Dan Wentzel (@Dan Wentzel)1605896404.0