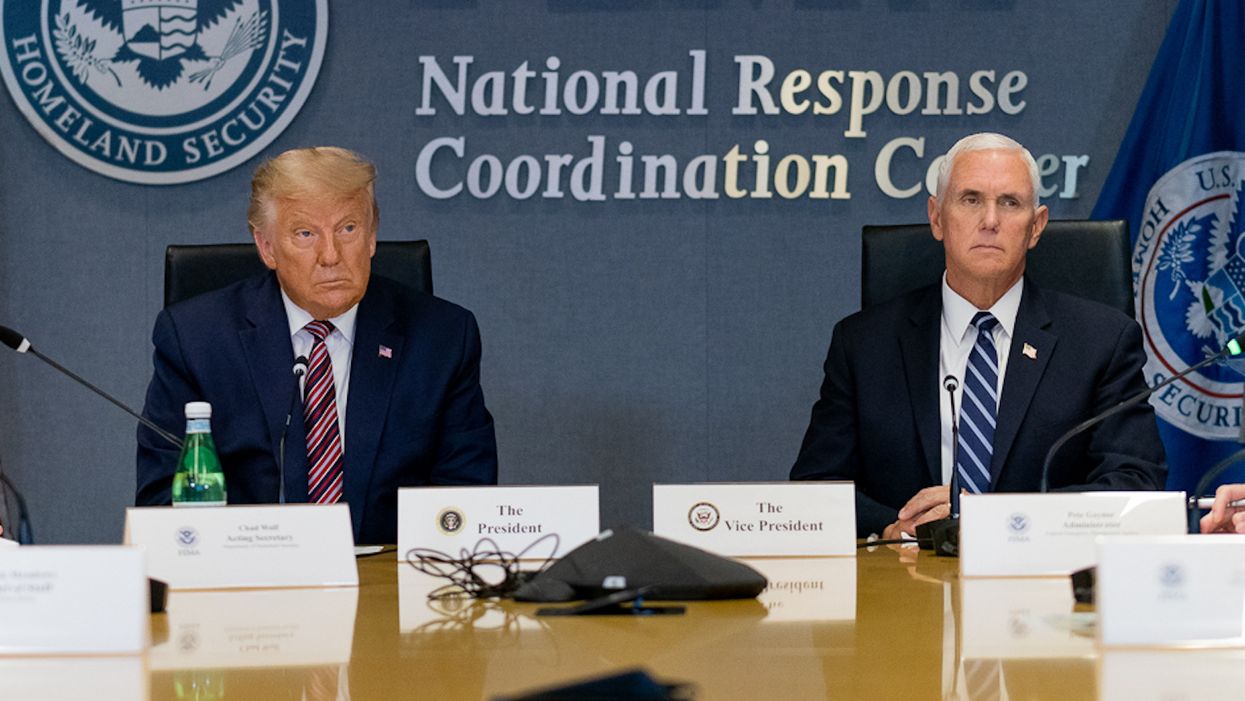 Donald Trump is becoming more fearful and anxious by the day. Above everything else, he desperately wants to save his own skin and avoid spending his remaining days outfitted in an orange prison jumpsuit. This is why, as the legal challenges to his humiliating defeat at the polls fail one by one, he will eventually shed his phony tough-guy facade and seek refuge in a presidential pardon for the myriad of federal felonies he may have committed.

The question is not whether Trump will pursue the pardon remedy, but precisely when and how he will do so. Even though a presidential pardon would apply only to federal offenses and leave him exposed to charges under New York law arising from the ongoing probe conducted by Manhattan District Attorney Cyrus Vance, he has no other viable choice.

One of the few things Trump understands about the Constitution is the plenary nature of the pardon power granted to presidents. The pardon power is the ultimate get-out-of-jail-free card. To date, Trump has used his authority to pardon or commute the sentences of 44 individuals convicted of federal crimes. The recipients of his beneficence include such darlings of the unhinged radical right as Joe Arpaio, the notoriously racist former sheriff of Maricopa County, Arizona; and Dinesh D'Souza, the prominent author, documentary filmmaker and conspiracy theorist.

Trump also understands that with the loss of the presidency, he will lose the immunity he currently enjoys from federal prosecution. I have written before and often of the federal charges Trump could face once he leaves office. They include:

All of the above crimes fall within the general five-year federal statute of limitations.

When the decision hour arrives, Trump will have two basic options: he could resign and accept a pardon from Mike Pence, who would become acting president during the lame-duck interregnum before Joe Biden's inauguration; or he could decide to pardon himself.

Both sorts of pardons would be prospective, or preemptive, in nature, as they would be issued prior to the filing of any federal indictments.

A prospective pardon from Pence would mirror the one conferred on Richard Nixon by Gerald Ford in 1974, which gave Nixon "a full, free, and absolute pardon… for all offenses against the United States" that Nixon had or "may have committed" during his time in office. Given the Nixon precedent and the broad nature of the pardon power, a Pence pardon would be all but impossible to overturn in court.

It remains to be seen whether Pence, who likely has ambitions to run for president in 2024, would want to risk tarnishing whatever remains of his public brand with a pardon of the most corrupt chief executive in American history. On the other hand, Pence may come to view a pardon for Trump as a gesture of fealty that would forever endear him to Trump's strong and loyal electoral base.

A self-pardon, however, would be more in keeping with Trump's image as a rogue and trendsetting norm-breaker, and would allow him to avoid any indebtedness to Pence. In 2018, in the midst of the Mueller investigation, Trump tweeted, "I have the absolute right to PARDON myself."

Although Nixon reportedly toyed with the idea of pardoning himself, no president has ever attempted the feat. It's also by no means clear that a self-pardon would be upheld should the issue ever reach the Supreme Court. In a memorandum drafted four days before Nixon's resignation, the Justice Department's Office of Legal Counsel advised that a self-pardon would be illegal "Under the fundamental rule that no one may be a judge in his own case."

Whatever path Trump chooses, a pardon would be seen by many as a moral, if not legal, admission of guilt. Worse still, a federal pardon might only incentivize Cyrus Vance to go for the maximum punishment in his investigation of Trump for tax and business fraud under New York law.

Clearly, Trump is in survival mode. He has no escape route, and he is running out of time. He is caught in what the ancient Greeks called a "dilemma," a predicament with no good alternatives.