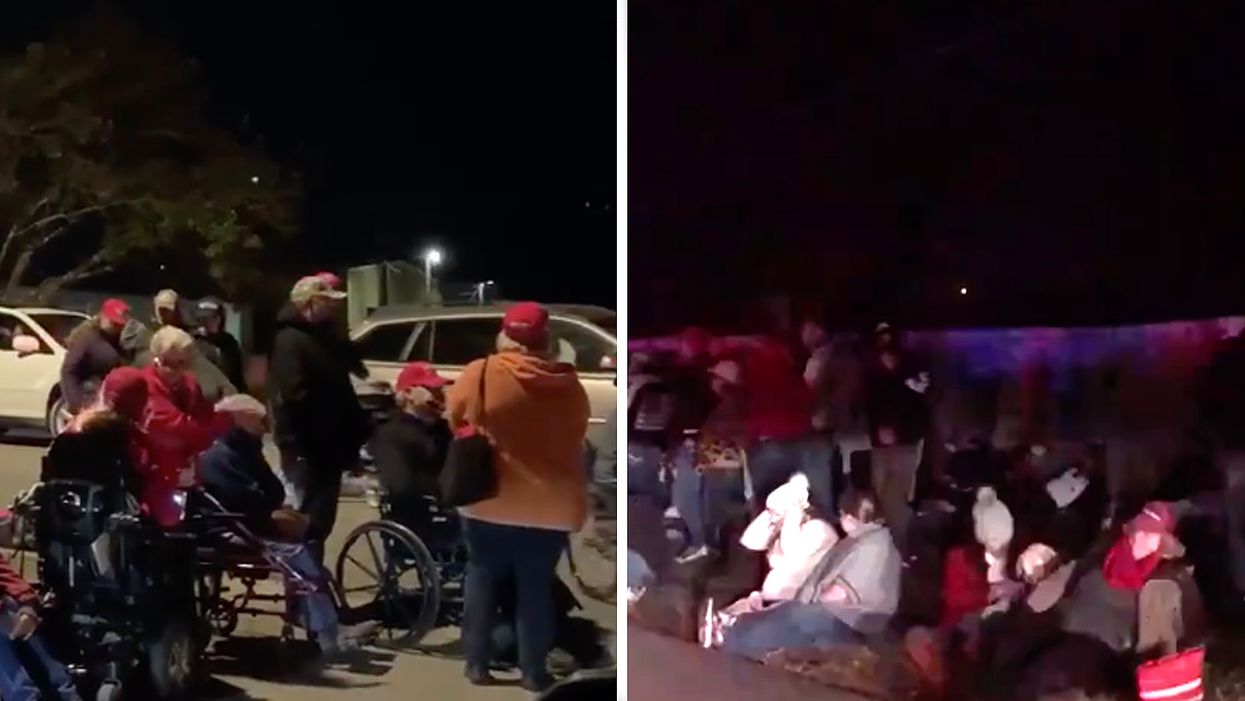 President Donald Trump's niece, Mary Trump, has slammed her uncle for using his supporters "as props" at his recent MAGA rallies — arguing that he couldn't care less about exposing them to COVID-19 or leaving them stranded in harsh weather conditions for hours. Trump supporters have recently been left stranded at MAGA events in Nebraska and Pennsylvania — and the same thing has happened again in Rome, Georgia.

Hours after the President departed for Florida, this was the scene in Georgia as people were left for hours waiting… https://t.co/BbJjDJkQgQ
— Julie Tsirkin (@Julie Tsirkin)1604296358.0

Daily Beast reporter Jamie Ross notes, "Last week, several Trump supporters were hospitalized after being stranded in freezing temperatures in Nebraska for hours after the president jetted away from a campaign rally on Air Force One. The exact same thing happened after a Saturday night Trump event in Pennsylvania. Unbelievably, the campaign still hasn't learned from its mistakes."

NBC News' Julie Tsirkin tweeted video of the stranded Trump supporters in Georgia, posting, "Hours after the President departed for Florida, this was the scene in Georgia as people were left for hours waiting for buses to take them to their cars."

The temperatures in Georgia weren't as cold as the temperatures that stranded Trump supporters endured in Nebraska, but they were cold enough: around 46F/7C. And Ross notes that they were left stranded "for hours" because of what "appeared to be an issue with transporting people back to their parked cars."