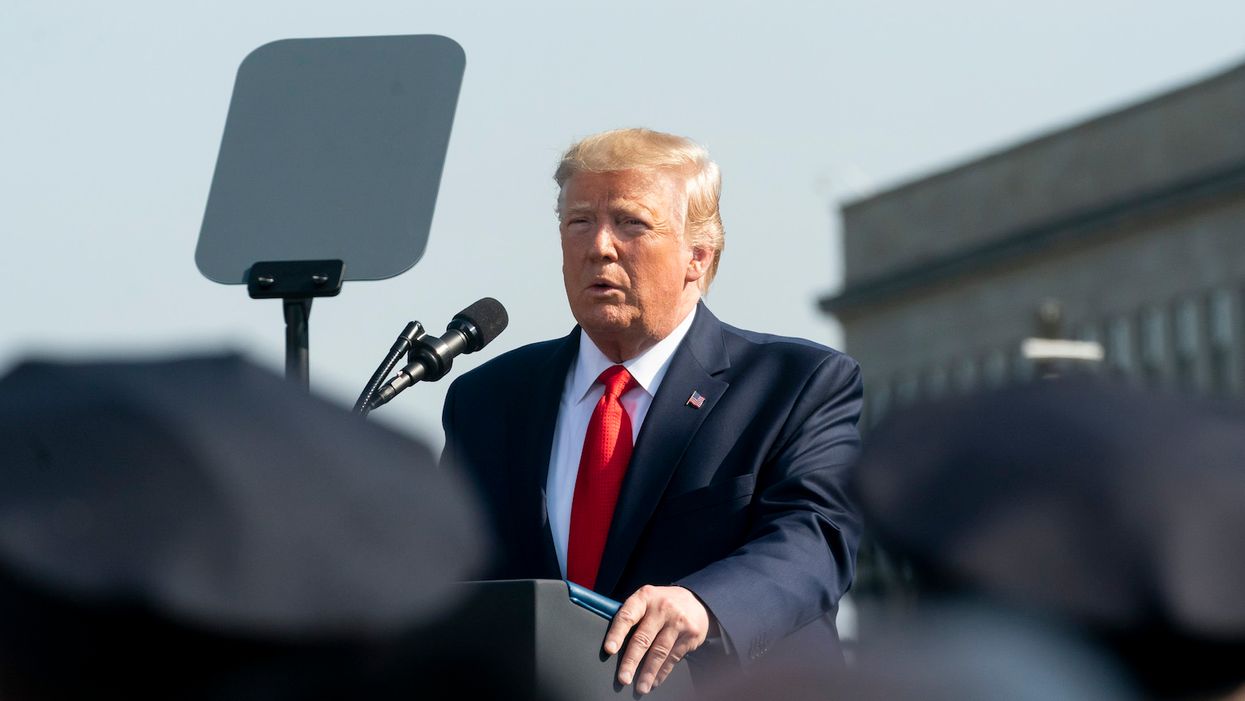 While Rudy Giuliani was melting down in front of cameras Thursday, Donald Trump and fellow Republicans were losing in the courtrooms as usual. They did get one small win setting aside 2,349 absentee ballots in Allegheny County, Pennsylvania. They went into the day with a 1-28 win/loss record and finished it 2-31. Oh, and they lost the recount in Georgia.

While Trump was losing the Georgia recount, a federal court there rejected an attempt by high-profile conservative attorney, L. Lin Wood Jr. to block certification of the election results. That's good. What makes it even better is this: Wood was arguing—in Georgia—that he could prove voter fraud because it happened in Michigan. Which, okay. He alleged that more people voted in certain Michigan precincts than lived in those Michigan precincts and that there were affidavits to prove it. Except (and this gets richer by the minute) the affidavit he was talking about was from a cyber security "expert" from Texas, who mixed up Minnesota and Michigan. And it just keeps getting better because that massive, critical, embarrassing error was uncovered by a reader of the far-right blog Powerline (yes, believe it or not, it still exists).

But wait! There's more! That happened after another "expert," a Dr. Christos Makridis who apparently publishes a lot in right-wing outlets was absolutely skewered by another professor, Jonathan Rodden of Stanford. "Dr. Makridis includes a discussion of provisional ballots in Mercer County," Rodden told the court. "It is difficult to know what Dr. Makridis might be referring to, since there is no county called Mercer in Georgia."

And these are the arguments coming from Trump's "real" lawyers, not the ones crammed into Rudy's clown car! It's almost even better than Hugo Chavez rising from the grave to steal the 2020 election for Joe Biden. Well, almost. There are still 18 active cases in 6 states. Not all of them are as hilarious as those, but they are all pretty much nuisance suits, none of which can actually result in changing the vote totals and overturning it.

This is where the hilarity ends, though. The legal case, in any state, is a total loser for Trump. He knows it, Giuliani knows it and has all but admitted it in court and in interviews. The strategy is to foment chaos, to attempt to disrupt and delay certification in the states and try somehow to either get Trump-friendly electors to overthrow the election results or deadlock and throw it to the House. That's where Republicans have the majority of state delegations.

We are in the midst of a coup attempt that two powerful Michigan Republicans are participating in, meeting with Trump to talk about how to steal the state for him. As batshit as Rudy's Thursday press conference was, it was a direct message to the rabid and dangerous Trump mob—from communists to antifa—to get them primed to act. The threat to state Republican lawmakers is hardly subtle.