Trump Fed nominee is an 'unqualified partisan quack' who's been 'condemned by hundreds of economists': columnist 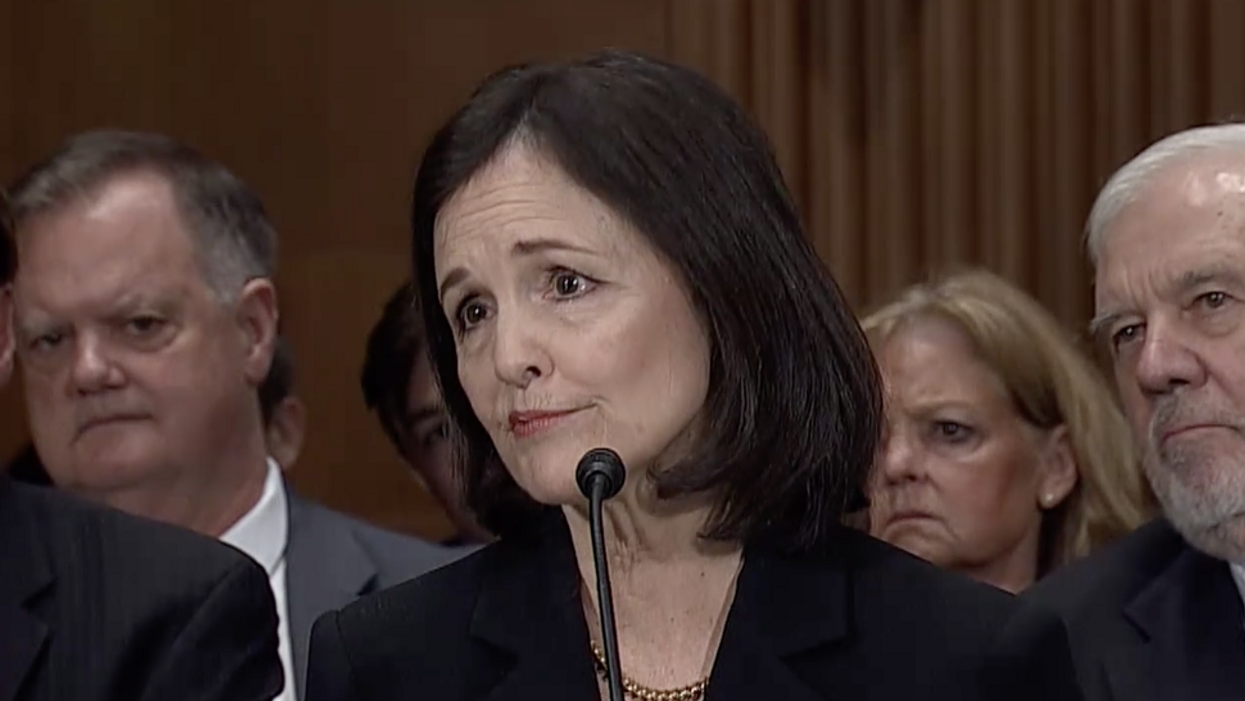 In the financial world, there has been much discussion over the nomination of Judy Shelton — a former campaign adviser for President Donald Trump — for the board of the U.S. Federal Reserve. Shelton is likely to be confirmed by the U.S. Senate, where Republican senators are still terrified of offending Trump even though he lost the 2020 presidential election to Democratic nominee Joe Biden. And according to Washington Post columnist Catherine Rampell, Shelton's likely confirmation is a travesty.

"The Senate is expected to vote as soon as this week on Trump's nomination of Judy Shelton to the Fed," Rampell explains. "Simply put, Shelton is a demonstrably unqualified partisan quack who has no business working at the world's most powerful central bank. Her nomination has been condemned by hundreds of economists and Fed alumni, including prominent Republicans and at least seven Nobel laureates. The senators poised to confirm her appear to know she is unfit; ahead of February hearings, a former Republican Senate Banking Committee aide said that 'the idea of even calling her as a witness for something was beyond the pale' not long ago."

Rampell cites some examples of why many economists consider Shelton a "quack," including "her multi-decade effort to bring back the gold standard" — which, Rampell notes, "might be popular among the right-wing fringe, but it was abandoned worldwide long ago and remains almost unanimously rejected by economists. For good reasons, including that gold prices are volatile. Linking the dollar to gold can also restrict liquidity when the economy needs it most — as happened during the Great Depression."

On top of that, Rampell adds, Shelton has "questioned whether the Fed should even exist."

Shelton's nomination, Rampell argues, is based on political considerations — not real economic policy.

"Another pending Fed nominee, Christopher Waller, is qualified for the job and still hasn't gotten a vote," Rampell observes. "Yet somehow, Shelton is getting jammed through ahead of him. One possible explanation: a desire to salt the earth for incoming President-elect Joe Biden."

Rampell concludes her column by arguing that perhaps Republicans want Shelton on the Federal Reserve board in order to hurt the incoming Biden Administration on economic policy.

The Post columnist warns, "Shelton's confirmation could represent a point of no return for corrupting the mission and functionality of the Fed, and destroying whatever bipartisan resolve remained to not tank the economy for political gain…. I hope I'm wrong — both that Shelton is about to be approved and that her confirmation would escalate efforts to sabotage the job market or price stability while the other party is in power. But if I'm right, a dark new economic era looms."