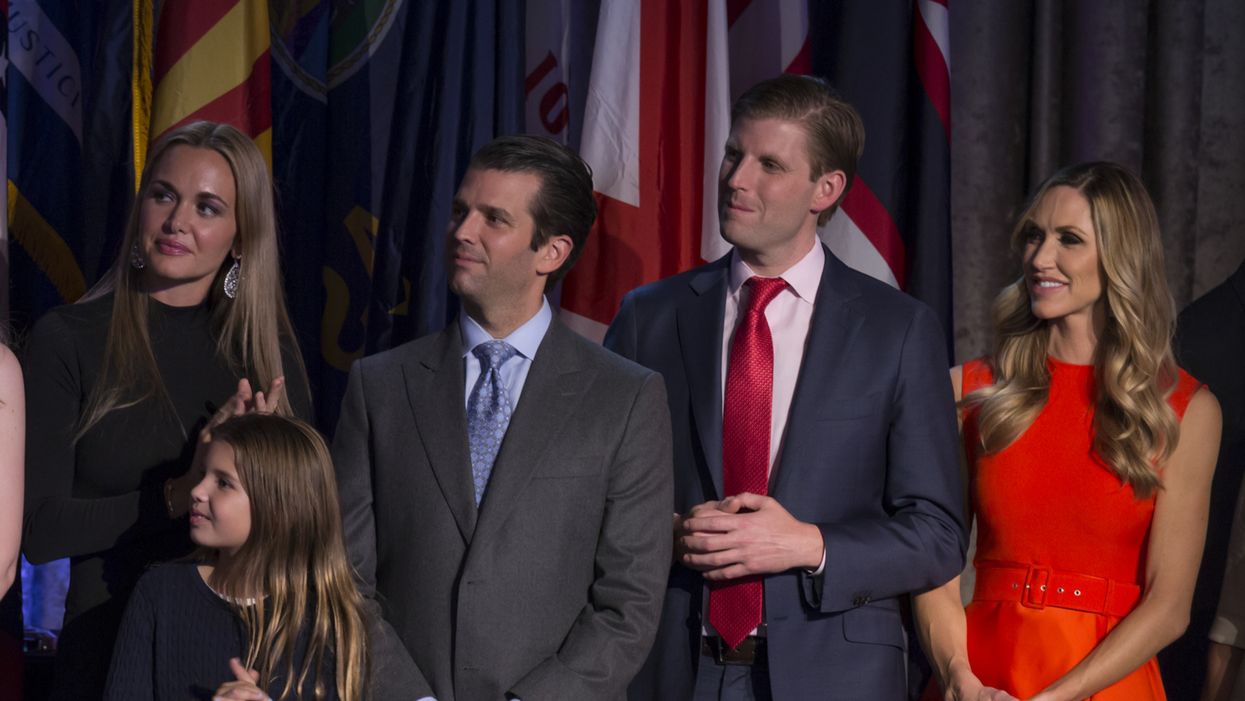 Many Americans are responding with anger over a photo tweeted out late Thanksgiving night of President Donald Trump's adult children and their spouses sitting around a fire at Camp David, while the president was at the White House.

Since 1942 Camp David has served as a presidential retreat, and is a military installation staffed mostly by members of the Navy and Marines. The Trump children vacationing there requires more service members to work that day.

The photo was tweeted by Dan Scavino, a close associate to the president who first worked for Trump as a caddy, in 1992. Today he is the White House Deputy Chief of Staff for Communications and Director of Social Media.

In the photo are Donald Trump, Jr., who recently tested positive for coronavirus. He appears to be accompanied by his girlfriend, Kimberly Guilfoyle, who battled the virus over the summer. Also present are Ivanka Trump and husband Jared Kushner, Eric Trump and wife Lara Trump, and Tiffany Trump. Two other men are also seated by the fire.

Here's how some are responding to the Thanksgiving photo.

Yesterday's photo from Camp David is agitating when you think about how this family is abusing traditional American… https://t.co/J4CKtGismG
— Steward Beckham (@Steward Beckham)1606486949.0

@JenniferJJacobs They should not be able to use Camp David without the President being there. This is ridiculous.
— Keep Resisting! (@Keep Resisting!)1606454949.0