'We're in for rough seas': Why this legal scholar really fears Trump's attempt to keep power no matter what 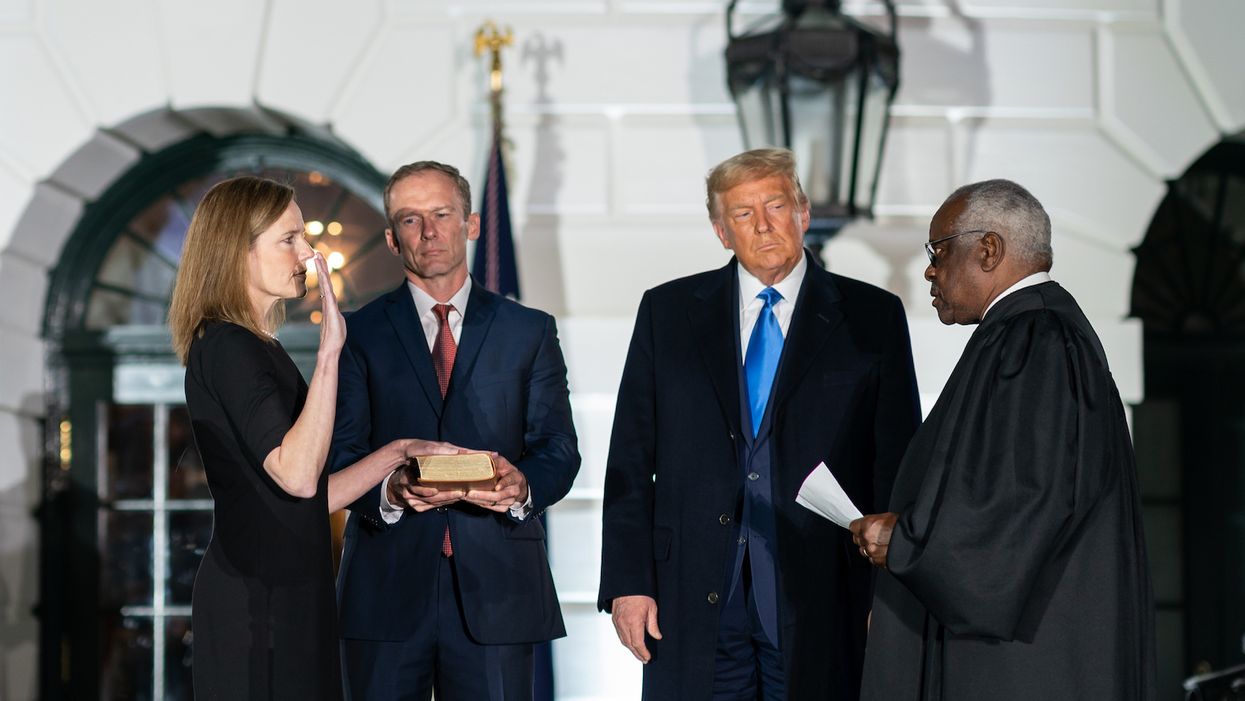 How concerned should we be about President Donald Trump's efforts to contest the projected results of the 2020 election and refuse to concede to President-elect Joe Biden?

Much of the commentariat is unwilling to take Trump's attempts to remain in power very seriously at all. They paint it largely as an emotional reaction by the president, and they depict the Republicans and aides who are supporting his push as people who are coddling an erratic man while actually knowing better. While most observers acknowledge the danger of casting doubt of the electoral process and inflaming resentment and distrust of government among Americans, they refuse to entertain the possibility that Trump's efforts to stay in office could succeed.

But Eric Segall, a professor of law at Georgia State University, told me the media is dismissing the gambit far too quickly. Trump remains a genuine threat to the constitutional order, and though Biden is expected to win around 306 Electoral College votes, the election results aren't finalized yet. The president has shown great control over the Republican Party, and Segall argued that he still has an outside shot of retaining the powers of his office.

"He has been underestimated from the beginning," Segall told me. "They're underestimating him again."

The big problem with Trump, he argued, is he has no background in politics, no respect for the rule of law, and no adherence to constitutional norms.

"Your first job in government shouldn't be the president of the United States," Segall said.

But now that he has the office, he's inclined to do whatever he can to keep it.

So how could Trump actually win, despite the counts showing Biden ahead in several enough swing states by a healthy margin? While the election lawsuits brought by the Trump campaign and other Republicans have gotten a lot of attention — even as most have been quickly dismissed by the judges who look at them — Segall said they don't really have anything to do with the law. The point is to create a cloud of illegitimacy around the election results.

"Those states all have Republican legislatures," he explained "And I think he wants them to say the vote was not fair, was chaotic, the pandemic caused chaos, and the vote did not reflect the reality fo the state and the state's preferences. And therefore, the legislatures should choose the electors. And then he hopes five Republican [Supreme Court] justices allow him to do it."

He added: "I don't think it will work, but stranger things have happened."

This isn't just idle theorizing, either. Conservative Mark Levin has already pushed the idea on Twitter, and the president's son retweeted it.

Republican Sen. Lindsey Graham of South Carolina, a close ally of the president, has also floated the idea.

In my discussion with Segall, I argued that the Supreme Court might not be involved at all in the final decision. According to the Constitution, it's Congress, not the court, that decides which electors to accept. If, say, the Democratic governors of Pennsylvania, Wisconsin, and Michigan, try to send a slate of Biden electors while their Republican legislatures send Trump electors, it will be up to Congress to decide which to accept. With the House controlled by Democrats, it seems unlikely Trump could prevail. But even getting to the point where Congress or the Supreme Court, or perhaps both, would be trying to decide which slate of electors to accept would take the country into an incredibly dark place. And it's not hard to imagine how it could turn violent.

And that points to another way Trump could try to stay in office, even without managing to secure an official victory through the Electoral College.

"There's also the possibility that, given the secretary of Defense resigning, given how Trump has basically avoided Senate confirmation of key people, how he has surrounded himself now with true believers. He has barricaded the White House. He might try to stay in through force," said Segall. "I think that's unlikely — I don't think that's out of the question."

Many people have insisted that this kind of thing simply can't happen, because the rules surrounding the transition of power are clear. But Segall doesn't buy it.

He added: "Maybe when push comes to shove, McConnell will do the right thing. If he tells his soldiers in the Republican Party to get in line, they'll get in line. All we need is McConnell, [Ted] Cruz, and Graham to say Biden won, and it's all over."

It's important to emphasize that these are worst-case scenarios that we're discussing — none of this is to claim that the situations outlined above are the the most likely conclusion of the current mess. But even in the rosiest outcome, Segall isn't particularly hopeful.

"I think the best case scenario is eventually the lawsuits go away, Trump never concedes, but Biden is inaugurated on Jan. 20," he said. "And then Trump spends the next few years trying to take down America through the media conglomerate he's going to create. That's not a great scenario either. So either way, we're in for rough seas. And we're not even talking about the pandemic, or climate change, or racism!"