'At what point does this get ridiculous?' Judges are fed up with Team Trump’s frivolous election lawsuits 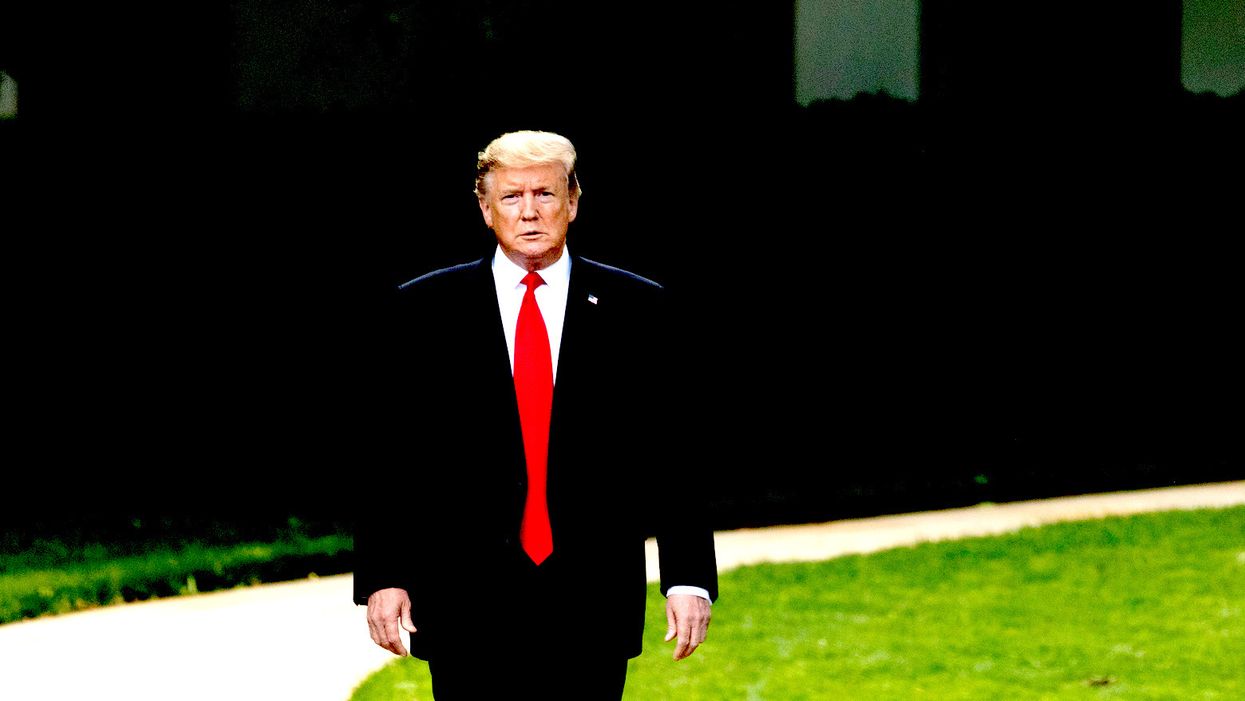 Even though the U.S. Department of Homeland Security's Cybersecurity and Infrastructure Security Agency has described the 2020 presidential election as "the most secure in American history," President Donald Trump and his supporters continue to baselessly claim that he was the victim of widespread voter fraud — and Team Trump is hoping that its lawsuits in different states will prevent President-elect Joe Biden from replacing him in the White House on January 20, 2021. But according to ABC News reporters Matthew Mosk, Olivia Rubin and Alex Hosenball, judges are growing more and more frustrated with the Trump campaign's bogus lawsuits.

In an article published on ABC News' website on November 16, the reporters point to U.S. District Judge Andrew P. Gordon of Nevada as one of the frustrated judges. Gordon, in response to the Trump campaign's claims that Republicans were not close enough to poll workers in Clark County (which includes Las Vegas) to hear everything they were saying, asked Trump's lawyers, "at what point does this get ridiculous?" before dismissing a lawsuit in Nevada.

With Biden having flipped Arizona, Pennsylvania, Georgia, Wisconsin and Michigan — all of which Trump won in 2016 — the president-elect now has 306 electoral votes, which is exactly how many Trump won four years ago. But unlike Trump in 2016, Biden has also won the popular vote. Biden has defeated Trump by more than 5 million in the popular vote. Nonetheless, ABC News reports that Trump's campaign has filed at least 18 lawsuits in battleground states.

Expressing his frustration on November 13, District of Columbia Attorney General Karl Racine told reporters, "judge after judge after judge has asked, in essence, 'where is the beef?'…. we have seen numerous instances where affidavits have been filed.… only to be immediately pulled back once tested in state and federal court. I would not be surprised that if these baseless allegations continue, judges will begin to threaten and indeed issue sanctions."

Judge Cynthia Stephens, frustrated over one of the Trump campaign's frivolous lawsuits in Michigan, told attorneys, "what I have, at best, is a hearsay affidavit. If there is something in that affidavit that would indicate that (a witness) observed activity that would be a depravation of the rights of poll watchers, I want you to please focus my attention on that. ... 'I heard somebody else say something' — tell me why that's not hearsay. Come on now."

At a hearing on November 4, Judge Timothy Savage addressed a Trump lawsuit that was designed to get cured ballots thrown out and said, "I don't understand how the integrity of the election was affected."

Trump's lawyers, in one of their Michigan lawsuits, have claimed that Republican poll watchers were kept too far away at a vote-counting facility at the TCF Center in Detroit — and Judge Timothy M. Kenny told the president's lawyers, "where's the facts about that?.... Plaintiffs rely on numerous affidavits from election challengers who paint a picture of sinister fraudulent activities occurring both openly in the TCF Center and under the cloak of darkness."

Wendy Weiser of the Brennan Center for Justice noted the tone that many judges have had in response to Trump's lawsuits, telling ABC News, "it is unusual for judges to be chastising litigants. But the lack of evidence in these cases is unusual. For the judges to be speaking this way, the gaps need to be fairly significant."