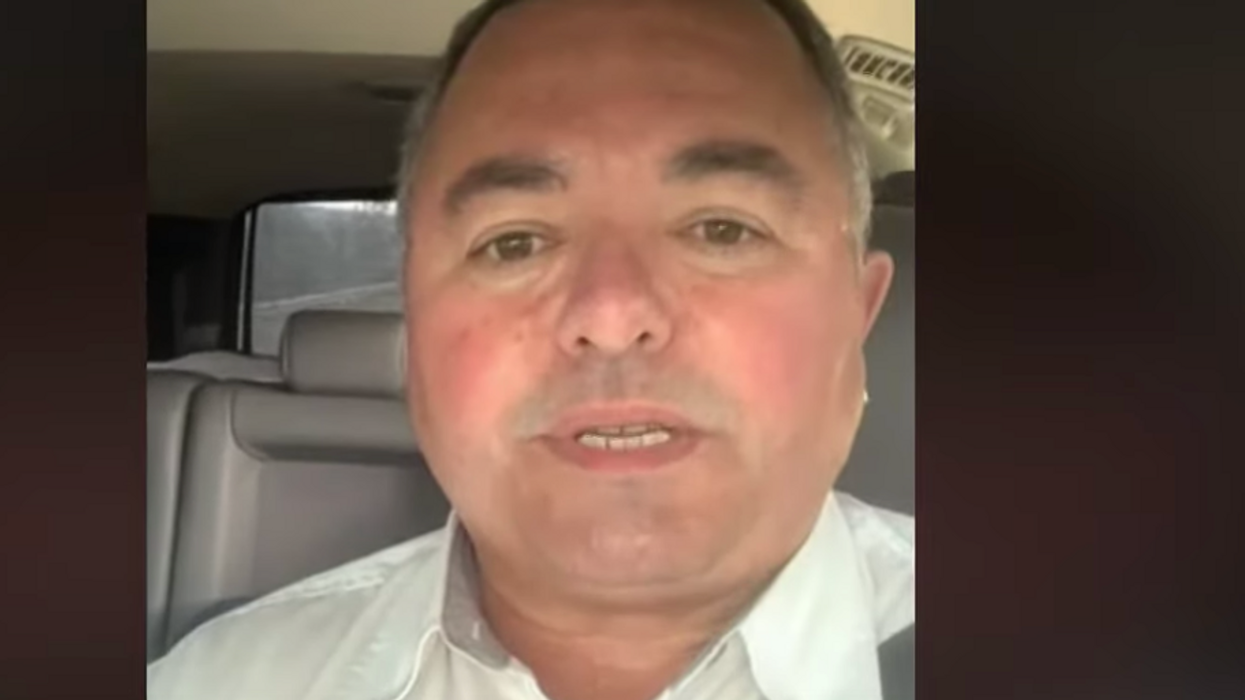 Loren Culp, the extremist police chief nominated by Republicans who lost Washington state's November gubernatorial race to incumbent Democrat Jay Inslee by a whopping 545,000 votes (and a 57-43 percentage margin) is following in Donald Trump's footsteps: Culp is claiming that somehow Democratic fraud cheated him out of the victory, and is attacking his fellow Republicans along the way.

Culp's campaign manager, Chris Gergen, began the pushback last week by posting a conspiracy-theory-fueled video to Facebook insisting that Culp "is not, under any circumstances, going to concede this race," claiming that he had evidence of massive voting by ineligible foreign workers in the U.S. using H-1B visas. Then Culp chimed in too, confirming he wouldn't concede, insisting he only wanted to ask "why" supposed vote fraud occurred.

Gergen and Culp both attacked other Republicans in the state, primarily Republican House Minority Leader J.T. Wilcox, who criticized Culp's campaign at a recent GOP caucus held as a postmortem on the election, and Secretary of State Kim Wyman, who called on Culp to concede. Wilcox told his caucus that, in his view, some of Culp's campaign rally techniques—were "lowbrow" including speaking to and meeting mass crowds without wearing a mask.

Gergen told his Facebook livestream audience first that he had explored avenues similar to the Trump legal team's by looking into the possibility that Dominion voting machines—which according to the Trump team were responsible for altered votes in key elections—might have played a role in Washington state. As it happens, he noted, only one county in the state used Dominion systems: Franklin County, in eastern Washington. (In fact, Franklin County heavily favored Culp in the election, 60-39%, though Gergen didn't mention that.)

Then Gergen spun a story claiming that Washington's Department of Licensing—which oversees the state's motor-voter registration program—was responsible for "thousands" of illegal votes, because he had evidence that foreign workers here on H-1B visas were receiving ballots and being urged to vote. He wrapped it all up with a menacing rant threatening revenge on his opponents both within the GOP and elsewhere, who he claimed were "trying to intimidate us":

Early this week Culp held a similar livestream chat with his supporters, and similarly insisted he would never concede:

That's what we have to do—stand up for our rights. Always ask why. Why are these things happening? Why is the governor doing these kinds of things? Why is he trampling on liberty? Ask why, always. Why is the liberal new media putting out articles, along with some so-called Republicans, questioning why? Why won't Loren Culp concede? "Loren Culp hasn't conceded."
Why do they want me to concede? What's the hurry? Why not make sure every legal vote gets counted? …
And we should question everything. Why? What's the hurry? Why the pressure to concede? I won't concede. I don't give up. I made a commitment to we the people. That's who I represent. And I don't back down. …
That's who you voted for, is a fighter, not someone who'd just roll over and concede, and, 'Well, I guess that's the way it's always been.' If people did that, we would never have any kind of inventions, right? No one would have ever said, 'Well I wonder if we can make a light bulb light up? Why can't we have light from a light bulb? Why can't we make electricity create light?' Why? If no one ever asked that question, we wouldn't have lights and electricities in our homes right now. Always ask why. Always question the status quo.

He ended by warning the "RINO Republicans" who want him to concede that "you got another thing comin'. You either stand up for we the people or get the hell out of the way."

Culp has a history of right-wing extremism, dating back to the origins of his political career, when he became celebrated by the far-right Constitutional Sheriffs and Peace Officers Association, which named him its "police chief of the decade" for his refusal to enforce a gun-control law passed by citizen initiative and 67% of the vote. The CSPOA, which is closely associated with the Cliven Bundy family and its armed standoffs, preaches that county sheriffs are the law of the land and can override federal laws and enforcement officers.

His campaign reflected a similar Bundyesque tone, seemingly taking many of his cues from Ammon Bundy's campaign of resistance in Idaho against COVID-19 public-health measures by calling Inslee a "dictator" for taking such steps in Washington state, and publicly refusing to wear a mask as well as refusing to enforce mask requirements at his rallies.

Culp's Trumpian behavior has clearly aggravated the state's GOP establishment, but most ducked for cover. According to the Tacoma News-Tribune, no officials from either the Pierce County GOP (second-largest in the state) or the state Republican Party had returned calls or emails seeking comment on Culp's refusal to concede. "At this point, their silence is taken as a tacit endorsement of bad behavior and stands contrary to the will of the people," the paper editorialized.

Yet some Republican observers think it's likely he is trying to build momentum for a takeover of that establishment by the far-right populist insurgency his candidacy represents. Former state GOP chair Chris Vance—who left the party over its Trumpian turn—told the Seattle Times that he now viewed Culp as "the leader of the Republican Party" in the state. "The base of the party right now is much closer to Loren Culp than it is to J.T. Wilcox," he said.