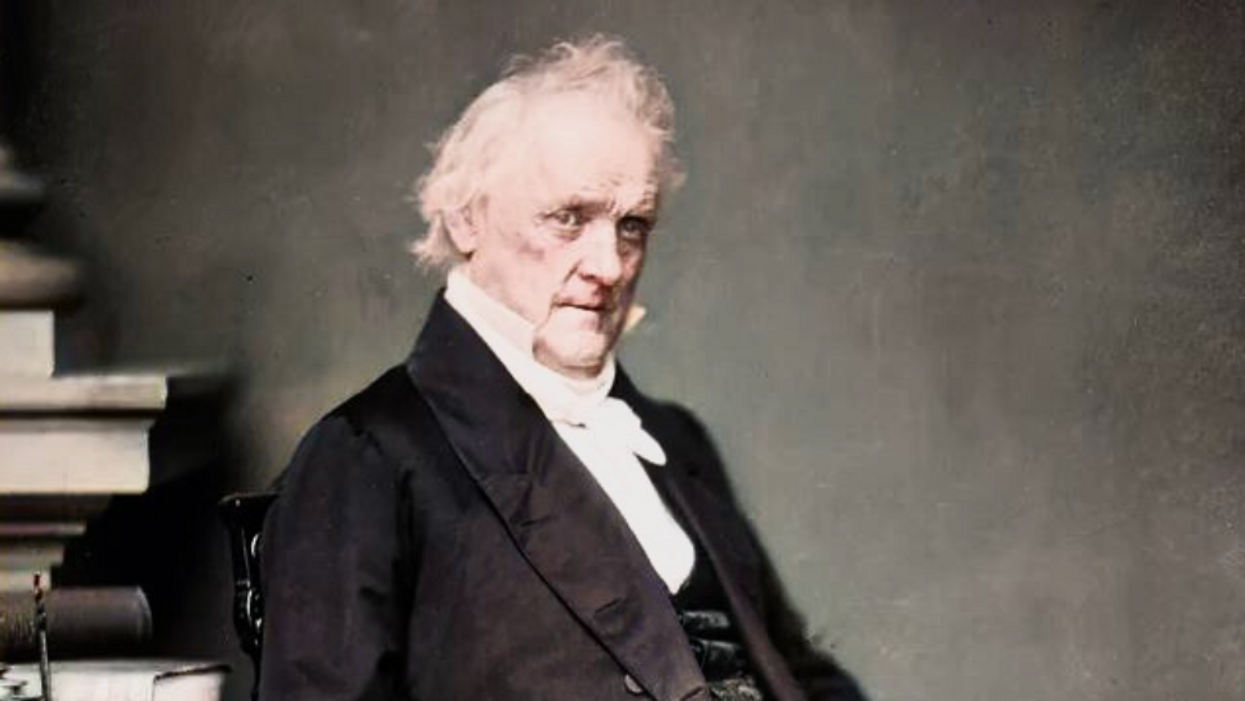 After President Donald Trump allowed General Services Administration head Emily W. Murphy to begin a transition into the administration of President-elect Joe Biden on Monday, the Biden team reported that the White House has also begun to schedule a meeting between the former vice president's people and those of the outgoing administration. Biden has described the Trump team's efforts as "sincere."

I certainly hope that this is true and, if so, that Trump continues making sure Biden is ready to lead America when he takes over on Jan 20. Trump is nothing if not mercurial, and if he reverts back to his earlier practice of not cooperating with Biden on the pandemic, historians will likely rank him along with James Buchanan as one of the worst presidents of all time. More to the point, Trump and Buchanan have one big historical similarity: both men refused to accept the results of elections that did not favor them, instead punishing the American people during a period of great crisis by refusing to work with their successors.

Most forebodingly: In Buchanan's case, his pigheadedness during his lame duck period heralded the outbreak of the Civil War. And Trump's parallels with Buchanan — who is regularly ranked as one of the worst presidents of all time — are particularly striking.

Let's compare the two situations, starting with Trump. As of today, Trump continues to deny that Biden legitimately defeated him in the 2020 election and makes numerous claims of voter fraud, all of which are without merit. As part of this unwillingness to accept the voters' verdict, Trump's administration has up to now refused to work with Biden's team when it comes to addressing the ongoing coronavirus pandemic. At the time of this writing that pandemic has infected nearly 12.6 million people in the United States with the novel coronavirus and led to roughly 260,000 fatalities from the disease it causes, COVID-19. A recent study projects that the number of people who develop COVID-19 could nearly double between now and Biden's inauguration.

Even if Trump hadn't shirked his responsibility to work with Biden's people in responding to the pandemic, his post-election behavior would be unprecedented. Indeed, he is alone among sitting presidents who were denied an additional term by voters in refusing to accept the election results.

How does this compare to Buchanan? Buchanan, though not up for reelection himself in 1860, was deeply unhappy with the fact that Republican candidate Abraham Lincoln prevailed in that contest over his own vice president, Southern Democratic nominee John Breckinridge, or one of the other major candidates. Unlike Lincoln, who had been elected on a platform of restricting the expansion of slavery in the United States, Buchanan was pro-slavery despite hailing from the antislavery state of Pennsylvania. During his presidency Buchanan inappropriately encouraged the Supreme Court to rule in the notorious Dred Scott decision that African Americans held no rights of any kind (which it did), packed his Cabinet full of unapologetic racists who argued slavery was good for America, and repeatedly sided with the South when it advocated for imperialist wars (which would help slavery) and tried to expand their evil institution throughout the country. When the South rejected Lincoln's election by threatening to secede, Buchanan refused to work with the incoming administration to assuage their fears.

Indeed, quite to the contrary, Buchanan took the position that the federal government should not intervene if a state decides to secede from the Union. While Lincoln believed that secession was illegal and slavery was immoral, Buchanan declared in his December 1860 State of the Union message that attempts to stop slavery were actually wrong, and argued that if the North refused to allow slave states to have their way, "the injured States, after having first used all peaceful and constitutional means to obtain redress, would be justified in revolutionary resistance to the Government of the Union."

From that point on Buchanan did as little as he could get away with while state after state seceded to form the Confederacy, ultimately leaving Lincoln with no option but to wage the Civil War by the time he took office.

Until Trump refused to work with Biden on the coronavirus pandemic, Buchanan was the only president to ever behave this badly in his administration's final lame-duck months. Sure, there had been outgoing presidents who responded petulantly after stinging electoral repudiations: Both John Adams and John Quincy Adams refused to attend their successors' inaugurations out of spite, while Herbert Hoover wasted time clashing with Franklin Roosevelt about how to address the Great Depression. But only Buchanan matches Trump when it came to a combined refusal to work with an incoming administration in order to save lives and a bitterness over an election result that (directly or indirectly) rejected them.

These aren't the only parallels between Buchanan and Trump. Both administrations were packed with officials who had conflicts of interest and were thus riddled with corruption, although Buchanan himself was able to narrowly avoid being impeached. Each one was overtly racist (obviously) and both abused their executive powers to violate the rights of racial justice advocates, whether it was Trump sending secret police to kidnap protesters in Portland or Buchanan tacitly supporting violence against abolitionists in Kansas and trying to extort lawmakers into taking pro-slavery positions. Each inherited a good economy and then failed to bring about recovery when there was an economic crash. And, most notably, each was at best allegedly guilty of treason, with many Buchanan officials actively supporting the Confederacy after he left office. (The only president to indisputably commit treason is John Tyler, who as a former president sided with the Confederacy and was elected to the Confederate House of Representatives.)

This isn't to say that the analogy between Buchanan and Trump is perfect. While both men were incompetent presidents, Buchanan actually had extensive prior government experience as a congressman, senator, diplomat and secretary of state. In addition, Buchanan never threatened to stay in power past his term (although this was easier for him since he was not on the ballot in 1860). By contrast, whatever else may be said of Trump, he at least theoretically has an opportunity to redeem himself between now and the end of his term. His team's decision to work with Biden on addressing the pandemic could be an early sign of precisely that.

Indeed, by working with Biden on the pandemic and other important transition-related matters, ending his public displays of bitterness over the election results and walking back his previous violent rhetoric to guarantee a peaceful transition of power, Trump could avoid a Buchanan-esque reputation.

There's even an uncanny parallel in that each one-term presidents' missteps wrought hundreds of thousands of deaths: 235,000 Americans have died of COVID-19 (so far); 600,000 Americans died during the Civil War.

If there is any silver lining here, it is that Trump's actions up to this point have not been entirely unprecedented. The republic survived Buchanan and it can survive Trump too.