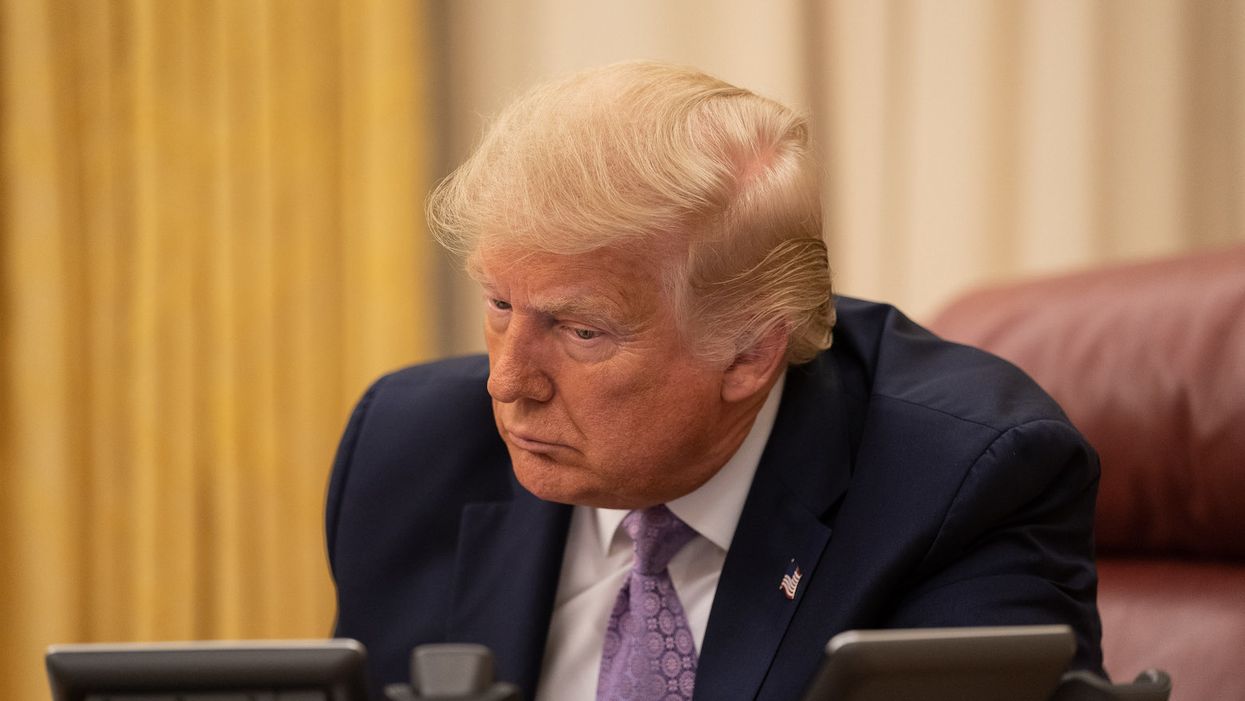 As President-elect Joe Biden announces more picks for his incoming administration, it is quite obvious that the former vice president will have a very different governing style from President Donald Trump. The Biden/Trump contrasts are the focus of an Associate Press article published on November 21 — and according to AP reporters Jill Colvin, Steve Peoples and Jonathan Lemire, White House staffers are terrified of offending or upsetting Trump during this lame-duck period.

"The circle around the president has grown smaller in recent weeks," the journalists explain. "Staffers who normally would leap at the chance to set foot in the Oval Office now try to avoid it for fear of crossing a temperamental president who has been angrily demanding answers from aides as to how to further contest the election."

Ordinarily, the lame duck period is one in which the outgoing administration and the incoming administration get together in the White House to discuss pressing matters. But Trump, almost three weeks after the election, is still refusing to concede to Biden and continues to claim, without justification, that the election was stolen from him because of widespread voter fraud. And the West Wing is "largely empty," according to AP.

"Even (Trump's) personal attorney, Rudy Giuliani, has been forced to steer clear of the White House after the former New York mayor's son, a White House staffer, announced he had tested positive for the virus," Colvin, Peoples and Lemire report. "Rudy Giuliani has taken over the president's legal efforts to contest the election, despite a lack of evidence behind those challenges. Trump snapped at aides when he was told that Giuliani and the rest of his legal team could not meet at the White House on Friday after they, too, had been exposed."

Biden will inherit some major crises when he is sworn in as president on January 20, 2021, including a deadly pandemic that has killed more than 1.3 million people worldwide (according to Johns Hopkins University in Baltimore) and a brutal recession. In light of the problems Biden's administration will have to contend with, members of the Trump Administration should, ideally, be doing everything they can to make the transition as smooth as possible — instead, as AP reports, people in the White House are walking on pins and needles for fearing of upsetting Trump.

Last week, the AP reporters note, "The Trump West Wing, never a well-oiled machine, was even less organized than usual. Staffers in the press office, who control the White House briefing room, found out from reporters on Thursday that the coronavirus task force, led by Vice President Mike Pence, had scheduled a briefing there. Trump finally made an appearance Friday to discuss prescription drug prices — an event he had demanded, to push back against the storyline that he was in hiding. But he again skirted reporters' questions, as he has for more than two weeks now."

Colvin, Peoples and Lemire stress that Biden, despite Trump's refusal to acknowledge him as president-elect, is focusing on picks for his incoming administration.

"Trump has largely abandoned governing, despite a pandemic that has now killed more than 250,000 people in the U.S. and is raging out of control," the AP reporters note. "He has rejected the results of the election, concocted conspiracies that are now believed by his most loyal supporters and refused to allow his government to participate in the peaceful transition of power to the next administration while trying to pressure state legislators and election officials to overturn the will of the voters. Denied the briefings, access to agencies and funding that are part of a traditional transition, Biden has nonetheless tried to move forward."