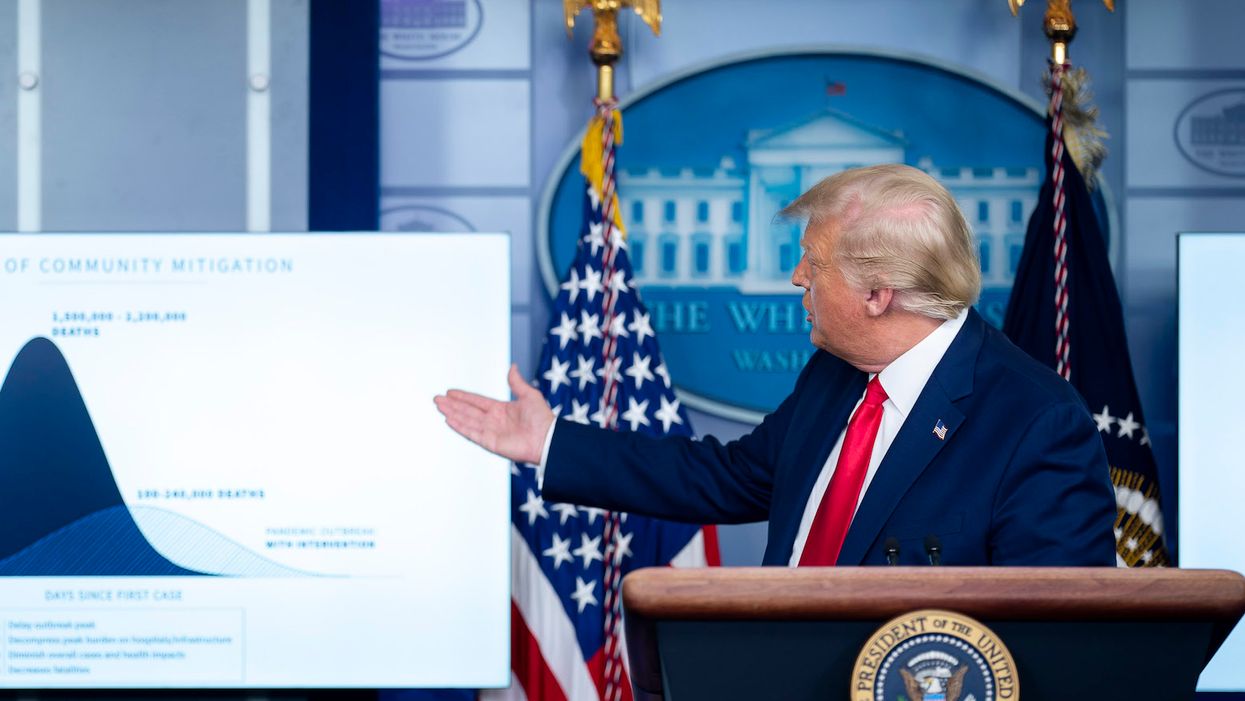 The country's leading infectious disease expert confirmed models Sunday showing just less than 200,000 people could die from the coronavirus pandemic by spring, bringing the virus' U.S. death total to about 439,000, CNN reported. But that hasn't stopped President Donald Trump from refusing to share his administration's COVID-19 data and vaccine plans with President-elect Joe Biden's coronavirus team. It hasn't even inspired the president to look in on his own administration's coronavirus task force meetings over the last five months or more, The Washington Post reported.

Dr. Anthony Fauci, director of the National Institute of Allergy and Infectious Diseases, told CNN's Jake Tapper on "State of the Union" "of course it would be better" if government health workers could start meeting with Biden's transition team. "As you know, I've been through multiple transitions now, having served six presidents for 36 years. And it's very clear that the transition process that we go through ... is really important in a smooth handing over of the information as well as it's almost like passing the baton in a race," Fauci said. "You don't want to stop and then give it to somebody, you want to essentially keep going." That is, unless you're so self-involved that you put your job status before the well-being of hundreds of thousands of Americans.

When Tapper asked Fauci if another 200,000 deaths in four months is possible, the expert responded: "It is possible, Jake, and the issue is the models—as I've said so often—are as good as the assumptions you put into the model, and we've got to change those assumptions. We've got to say we're going to turn it around by very very rigorously adhering to the public health measures."

I am, considering Politico reported at the end of October that Vice President Mike Pence hasn't sat in on a standing call with the country's 50 governors for more than a month. "There's not any acknowledgment or appreciation of the severity of the surge," an unnamed official in one governor's office told Politico. "The stark reality that we're facing is the White House – from top to bottom – has stopped governing and is only campaigning."