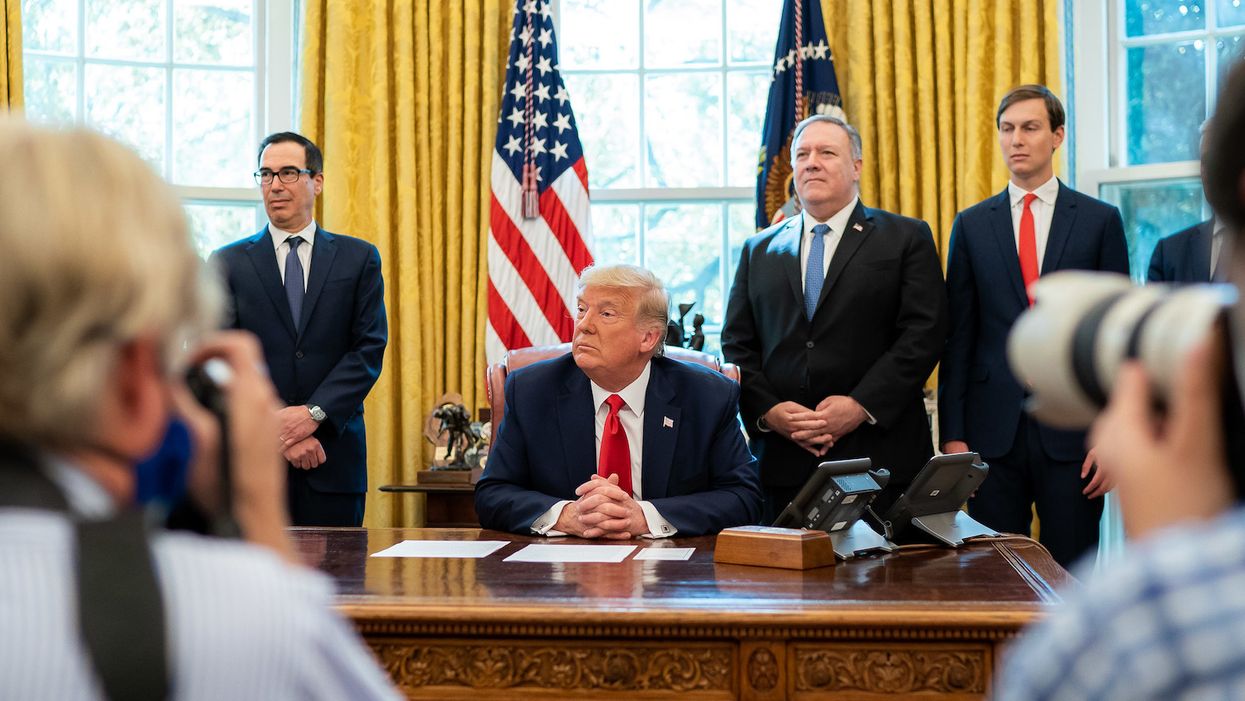 In light of Donald Trump's threats to use every trick in the book to avoid being removed from office after losing the election, a top GOP adviser to several former Republican House speakers warned members of the party to stay as far away from the president's machinations as possible or face consequences down the line.

On Sunday it was revealed that Trump has been talking to associates about making a national address as the polls close declaring himself the winner based upon early returns before later saying he is going to flood the courts at the state level to contest late-arriving ballots in the hope they will be thrown out.

As the Daily Beast reports, Trump 2020 campaign adviser Jason Miller stated on ABC over the weekend, "President Trump will be ahead on election night, probably getting 280 electoral [votes], somewhere in that range, and then they're going to try to steal it back after the election."

That comment didn't sit well with some Republicans including Lt. Gov. Spencer Cox (R-UT) who is currently running for governor who issued a warning by stating, "Hey guys, please ignore this type of garbage. The truth is that elections are never decided on election night. In Utah (and most states) it takes 2 weeks to finalize counting and certify results. It really doesn't matter who is ahead on election night, it only matters when every eligible vote is counted and each county canvasses and certifies the vote totals. Yes it's true that when a race isn't close the media may 'call' the race, and candidates may concede or declare custody, but such actions are technically meaningless," on Twitter.

According to the Beast, "Brendan Buck, a former senior aide to Republican House Speakers Paul Ryan and John Boehner, was similarly incredulous."

"I really urge my Republican friends, wherever you come down on Trump, not to give any legitimacy to BS that people who voted according to their local rules should not have their ballot count. Just don't go there," he wrote.

The report also notes that the major television networks are also making plans to tamp down on any pronouncement from the president that might contribute to election night chaos.

"Over the past several weeks, numerous television and print media organizations have been running simulations to prepare journalists for various real and somewhat out-there scenarios, including the possibility that one of the candidates declares victory early," the report states. "One NBC insider told The Daily Beast that NBC News ran a simulation in which the Trump campaign emailed supporters declaring victory on election night."