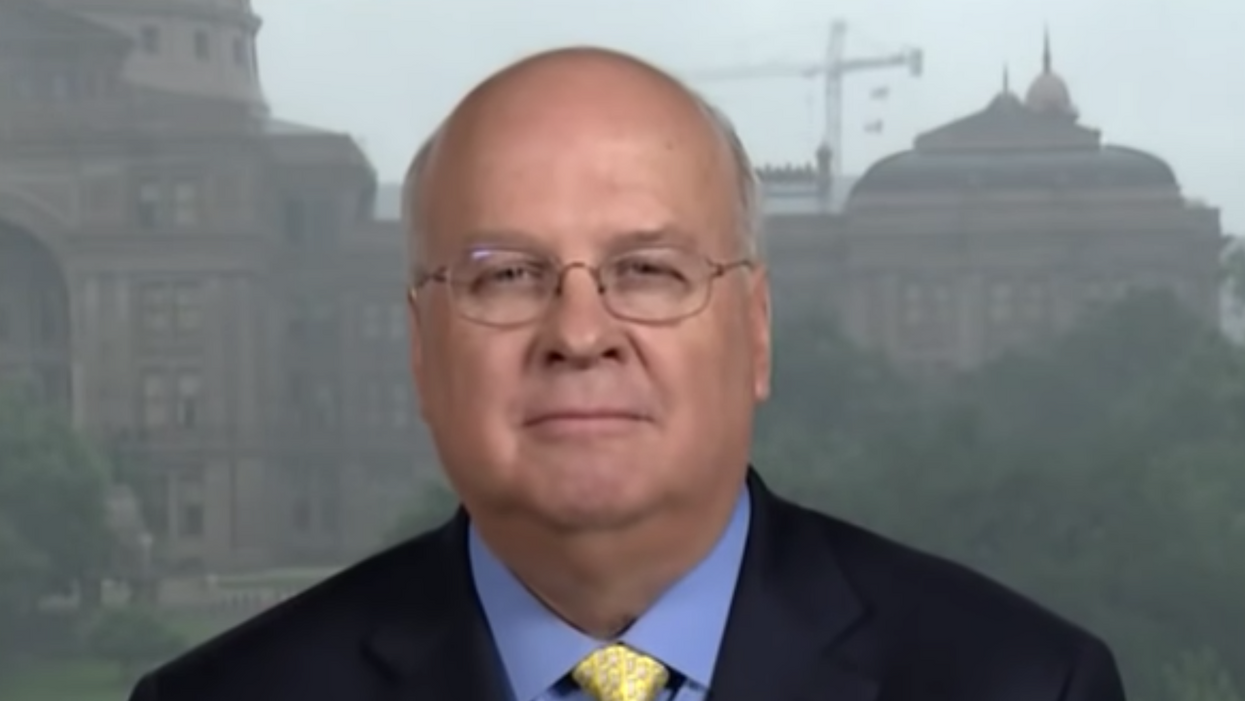 As President Donald Trump and his allies desperately try to push the narrative that the election that's slipping away from him is actually being stolen via voter fraud, a longstanding top operative in the Republican Party threw cold water on the suggestion.

Karl Rove, the former adviser to George W. Bush, wrote a blog post on Thursday describing the state of the race. His overall analysis seemed to generally match the consensus view of election analysts at the time — votes in key swing states remain outstanding, but results look increasingly favorable for Joe Biden — though he didn't explicitly lay out that Trump is on a track to lose. He even put a negative spin on his analysis for Biden, arguing that his campaign did nothing to lift up down-ballot Democrats.

But in one notable paragraph, he sharply broke with the president and his allies who are concocting baseless claims about voter fraud to cast doubt on the results and drum up legal challenges to the process.

The level of voter fraud needed to turn the election around for Trump, Rove explained, is just not plausible:

There are suspicious partisans across the spectrum who believe widespread election fraud is possible. Some hanky-panky always goes on, and there are already reports of poll watchers in Philadelphia not being allowed to do their jobs. But stealing hundreds of thousands of votes would require a conspiracy on the scale of a James Bond movie. That isn't going to happen.

Though Democrats have been worried about reports that the post office — deliberately or otherwise — delayed delivery of a substantial number of mail-in ballots, they haven't been making sweeping claims about fraud that would undermine the final election.

Those claims are coming from the Trump camp — which strongly suggests they think they're losing. It's notable that Rove, of all people, isn't on board for this gambit.

"Karl Rove is an expert on fake voter fraud scandals," said HuffPost reporter Arthur Delaney. "He was involved in firing US Attorneys for not prosecuting bogus voter fraud cases, a disgrace that led to the resignation of the Attorney General."